As I was passing on the A59 a quick activation of Cracoe Fell was possible - and this activation would be enough with the winter bonus points to make me a "double mountain goat" with 2000 points.
I started activating for Summits On The Air in June 2005 when I was on holiday in Scotland. I'd taken up country walking then as a hobby and as a means of keeping fit, so SOTA fitted in very well with that interest and I started fellwalking. I activated 11 summits in 2005, and a similar number each year up to 2008. In 2009 I discovered the Lake District and became a lot more active. As a result it took me almost eight years to achieve the coveted 1000 points SOTA Mountain Goat (MG) Award when I was walking in Southern Ireland in January 2013. From that point on most of my holidays in Europe have contained an element of SOTA and I have travelled extensively. Three years on from my first MG I achieved a second one.

Cracoe Fell G/NP-032
I had previously activated Cracoe Fell twice - in 2008 and 2009. Both times I completed a circular walk from Rylstone up to the cross and then over the ridge to the obelisk on the summit. I then went down to Fell Lane. This time I wanted to save time so I went up Fell Lane from Jacksons Farm Shop and Cafe Car Park in Cracoe Village (SD 978602). After crossing the B6265 Grassington Road Fell Lane takes you on to access land and the flank of Cracoe Fell.

The moorland is owned by Bolton Abbey Estate who treat the summit as an extension of Barden Moor. They operate a "no dogs" policy which is strictly enforced. 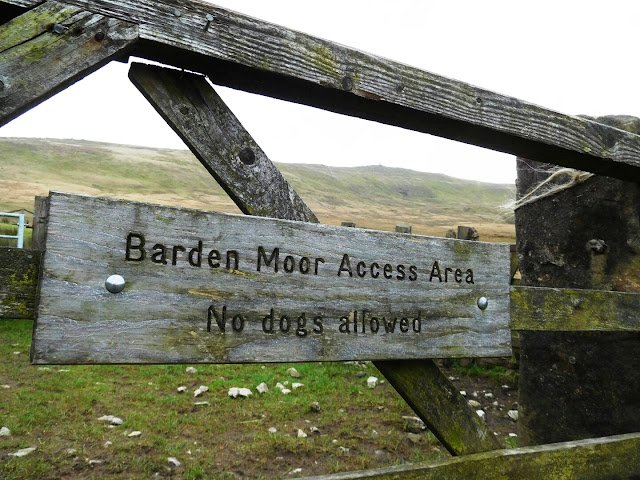 Some years ago when walking on Barden Moor with my terrier on a lead I was approached by a gamekeeper and told to leave the moor immediately. Fortunately I was not on a SOTA mission at the time... Today my dog was at home so no worries in that direction. I was travelling light, no need for food and drink on this short walk up, and the summit was gained in 45 minutes.

I set up my station out of the wind in a cleft in the rocks away from the obelisk and completed 13 contacts on VHF using the 2m FM band. I worked Roy G4SSH in Scarborough and stations as far apart as Dave G6LKB in Ulverston and Mick G0BUB in Lincoln. 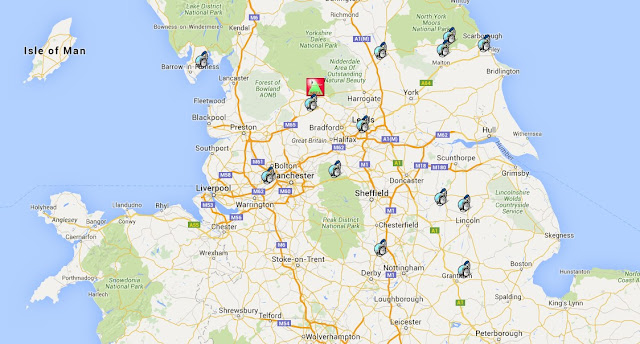 It took 35 minutes to return to the car at the farm shop and pay for my parking with the purchase of 5 Dales Pork Sausage for the princely sum of £1.95 - 3 for me and 2 for my XYL. We ate them that night - the butchers there is recommended but disappointingly, the cafe is closed in the winter, as where those in Grassington and Pateley Bridge on my way back to Pickering as it was teatime. It was bang on 4.00pm when I reached Grassington and all 3 cafes were closed.

Why is it that cafe's close when its teatime?
Posted by Phil G4OBK at 23:59