Well outside the Dolgellau area and towards the coast at Tywyn lie five SOTA summits with a start point off the B4405 road within four miles of each other. We'd already climbed Gamallt GW/NW-065 earlier in the week. This summit parking place was further towards the coast than GW/NW-065 on the B4405. GW/NW-036 and GW/NW-033 which can be visited as one continuous walk were left for another time when my achilles / ankle problems are healed.

For NW-063 there is a convenient lay-by outside the Geufron Farm residential caravan site at SH620034. A waymarked path going to the village of Bryncrug (not the summit itself) leaves the roadside here. We were shocked to find this fly tip mess on the public right of way. This was reported to the local authority: 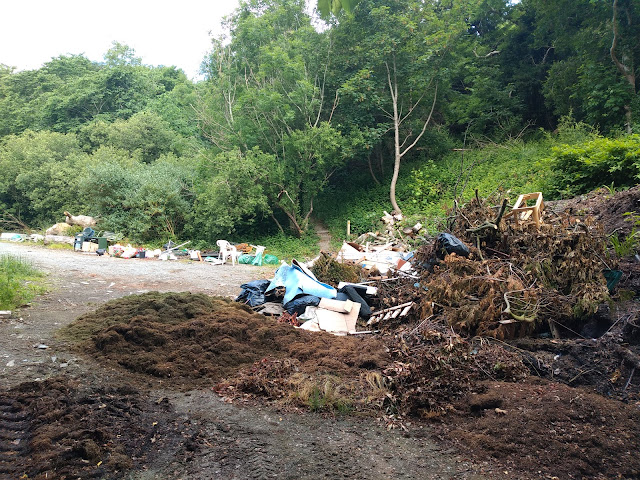 This awful eyesore can be avoided by walking through the caravan site, which is what we did on our return from the summit. There was no one around to complain to about the fly tipping on the path or to ask permission for access, however as the PRoW runs across part of the caravan site roads I did not perceive walking through the site would be a problem. The site was akin to the Marie Celeste on the day of our visit...
There was just one low fence to clamber over as we left  the woodland by a large mature sycamore tree at SH 61825 03836. The downward route is pictured using the asphalt access roads on the caravan site: 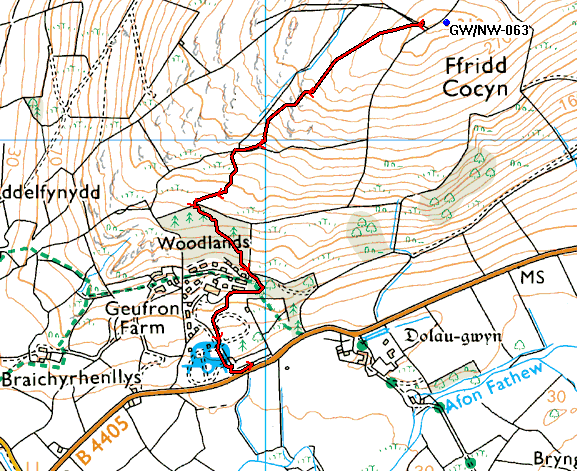 From a woodland path we changed over to bracken and thistled fields (Our dog Treacle hates thistles and nettles!) with the usual local breed of sheep in abundance. We reached the summit fence line and a small pile of stones in 53 minutes. Not such a bad walk, for one mile in distance and nothing as hard as on the ascent to Gamallt GW/NW-065, a few days previous. The 5m pole and link dipole was fixed to the fence with bungee straps as was the Yaesu FT-65E (With RH-770 whip). Immediately on switching on the handheld I heard "CQ CQ MW1HAX/P on GW/NW-030" and Richard was logged immediately - good start. The summit was qualified with four contacts on 2m before moving over to the 60m band. CQ calls on CW there produced nothing, but G0RQL, G4IPB, G4WSB, GI4OSF and G4TJC were swiftly worked on SSB before going to 40m CW.  There were further multiple S2S contacts and excellent short skip conditions all around the UK on every HF band used: 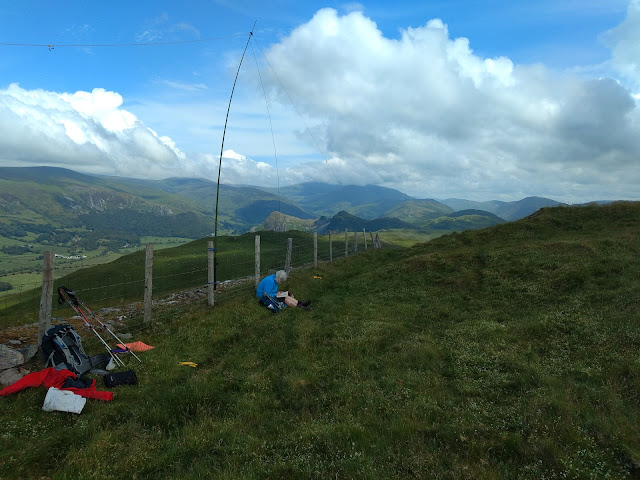 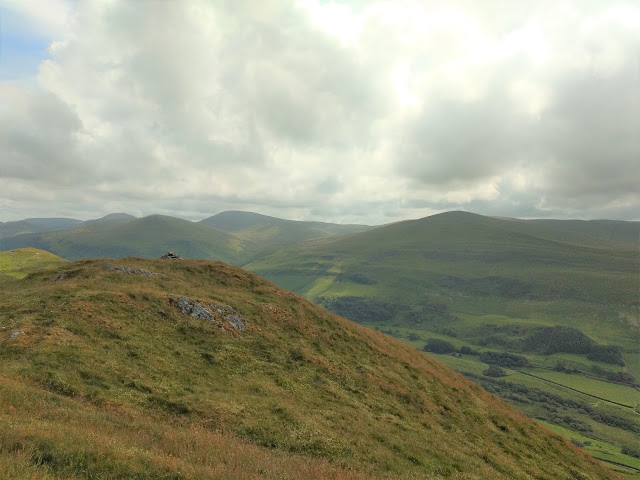 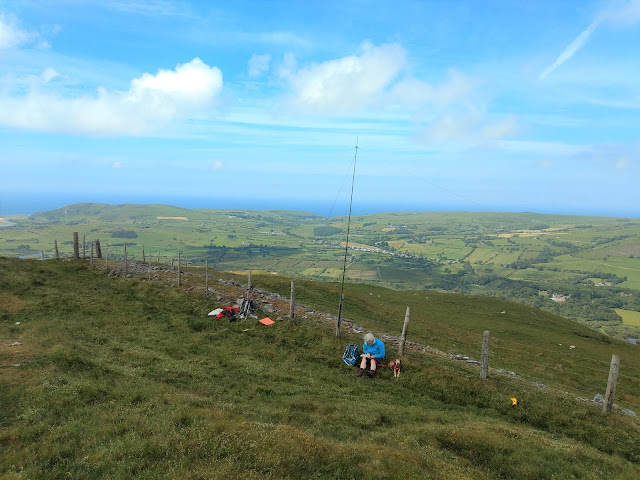 Station M5OAT was worked - this call is a mystery to me - no entry for the callsign on QRZ.COM... so ? was entered under the name in the SOTA database:

All in all this was a straightforward 50 QSO activation with eight S2S contacts included, leaving us free for the afternoon to go to GW/NW-057 Foel Cae'rberllan to activate there - eventually. More on that later - another nasty mostly pathless climb!
Posted by Phil G4OBK at 23:00