This early morning summit activation in Upper Nithsdale was a straight forward affair. There was room to turn the car round and park without blocking access to the cattle grid at NS745164: 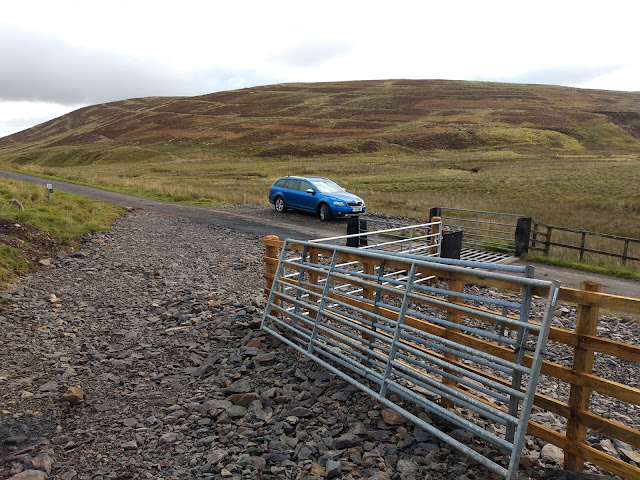 A 33 minute climb up the bland moorland took me to the trig point. It wasn't so boggy, just a little tussocky. There was one gate in the fence at NS736166. On the way back down I cut across the moor and climbed the fence. I then came across a track which went straight down the hill to join the track running alongside March Sike: 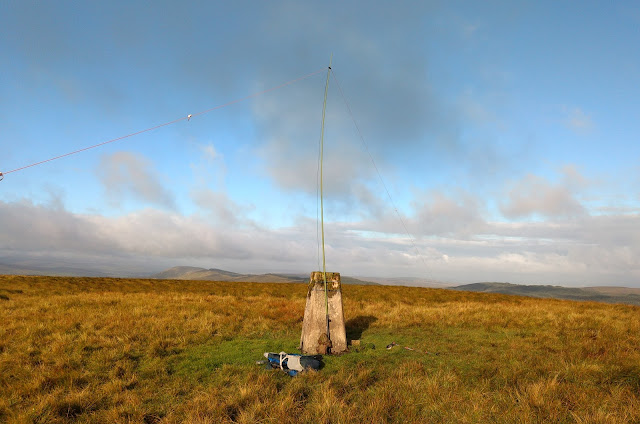 It wasn't a bad morning, but I had another summit to go for so I limited my time by not going on other bands, By 0800z I was leaving the summit and heading back down. 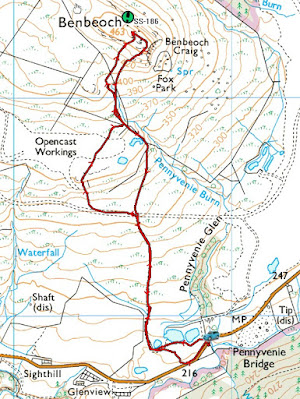 Having driven early morning from a holiday cottage near New Galloway I headed back in that direction, passing the road end in New Cumnock to Glen Afton, which leads to the summits activated a few days previously Windy Standard and Blackcraig Hill. I was driving on the B741 and one mile before I reached Dalmellington I found the usual parking place for Benbeoch in a lay-by at Pennyvenie Bridge.
Benbeoch is above a large area of worked out opencast coal mine workings, which need to be negotiated to gain access to the summit. A couple of barbed fences were climbed and a banking in a copse and this led me on to one of the mine access roads just south of two lagoons. It was quite an eerie place - thankfully there was no one around and all I could hear was the sound of running water and a buzzard squeeking and circling above me. A wide graded access road (next picture) took me north and to ease the gradient and rougher ground I went left before climbing a banking 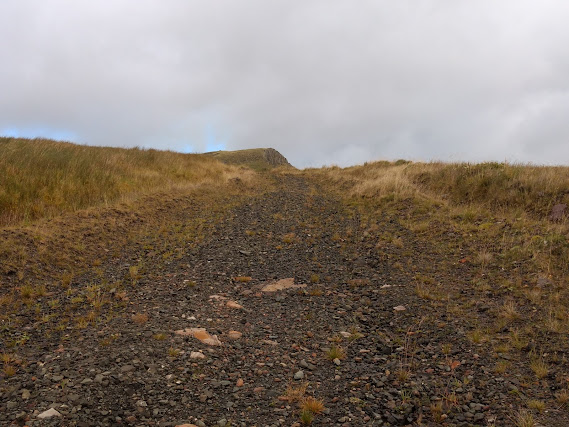 It wasn't a bad choice and the unchartered route took me to a wall and fence corner at NS495079, the summit can be seen above my rucksack: 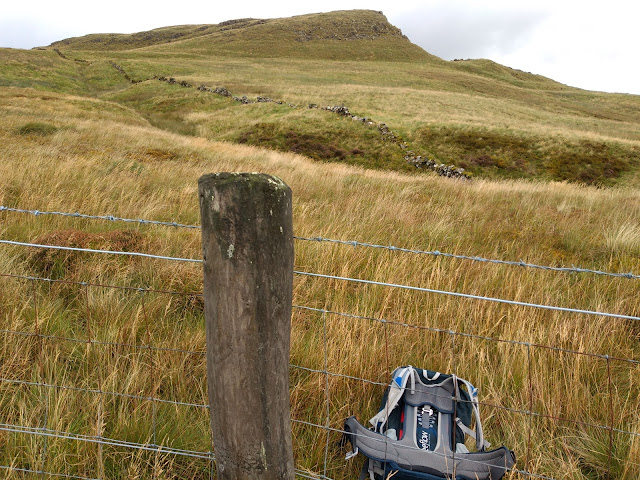 I came back to the same point on my way down, although I took a steeper way down to reach it. Continuing on to the cairn above the crag, the ascent took 55 minutes. I had more time to spare on this summit so ventured on to the 20m band as well as 40m, where conditions were not so good to Europe. Five S2S contacts were completed out of the twenty in total. It started raining then, just a shower but I wanted to get back to the cottage for a late lunch so I called it a day and packed up: 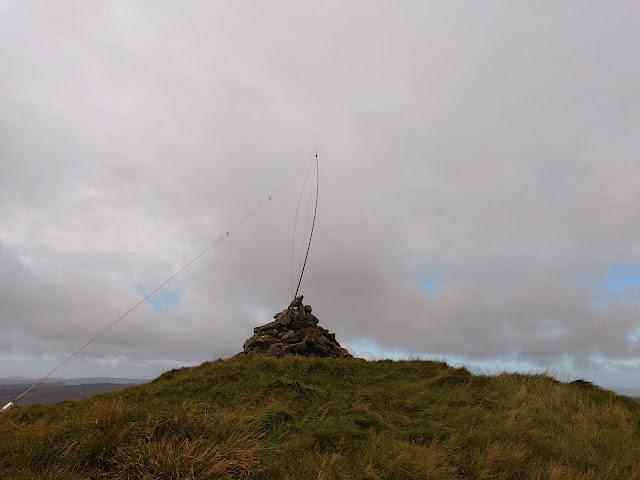 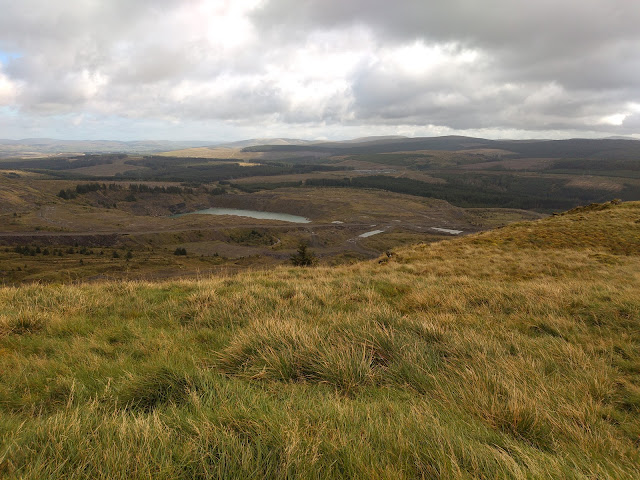 Pictures above of the cairn with my 5m Lifes-a-Breeze travel pole supporting a link dipole for 20m, 30m and 40m. The bottom picture is a view of the opencasted area below the summit. I opted for a more direct walk down, spotting a small brown deer living in the area of the opencast mine on my way - there are better places for a deer to live I'm sure! Nearing the B road I opted for an earlier exit from the site out on to the road. I was glad to get this summit completed as there could have been issues with access, but no person was encountered during the activation.
Posted by Phil G4OBK at 23:59