22nd February 2019 was my 2nd and final day in Dumfries and Galloway. I stayed at Barholm Accommodation in Creetown, which fitted my needs perfectly. After my previous days activation in the area on 21st February 2019 (SS-238, 245 and 232) I arrived after sunset. The warden showed me the room and kitchen etc and then left me to it. I'll certainly stay there again when I return to activate the other summits in the area. The accommodation is unattended overnight. 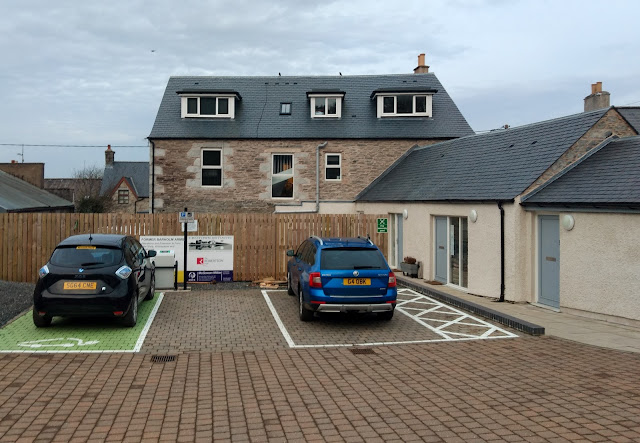 Barholm is reconstructed from an old pub, the conversion of which was achieved with the aid of a lottery grant - a brilliant and most fitting project in my opinion.  The only remaining pub in the town itself now, is the traditional Ellangowan Hotel. This is a "locals pub" and I got a steak and ale pie meal there and a few drinks, as I was starving hungry after defeating the moorland bogs on the three activations that day.
My first target on day two was the nearby summit of Cairnharrow GM/SS-191. I drove up the lane off the A75 to grid ref NX520531 and turned left on the broken tarmac road running NNE. I got to the cow barn at 525546 where the road was narrow and muddy. I was able to just turn the car round here without getting stuck, returning to a gate and parking place at 525542. From here I walked back to the cow barn and followed the line of the wall up to the corner at 53391 55268 where there was a through stoned wall stile giving access to the moor leading up to the summit - you will find my track in the SOTA Mapping Project. 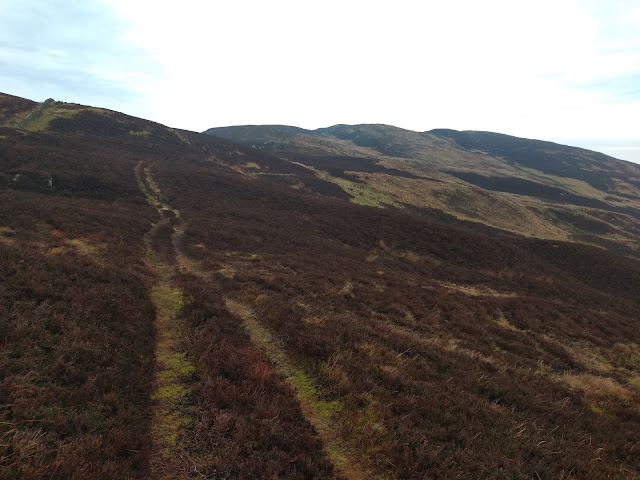 It took 57 minutes from my car to reach the trig point, which was over the wall and out of the wind, and the best place to set up my station: 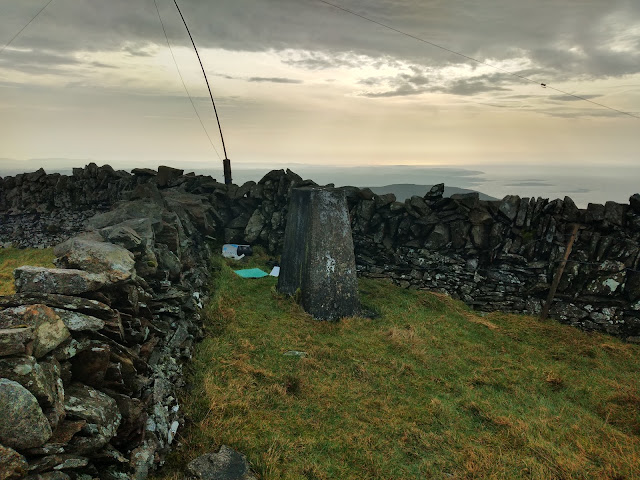 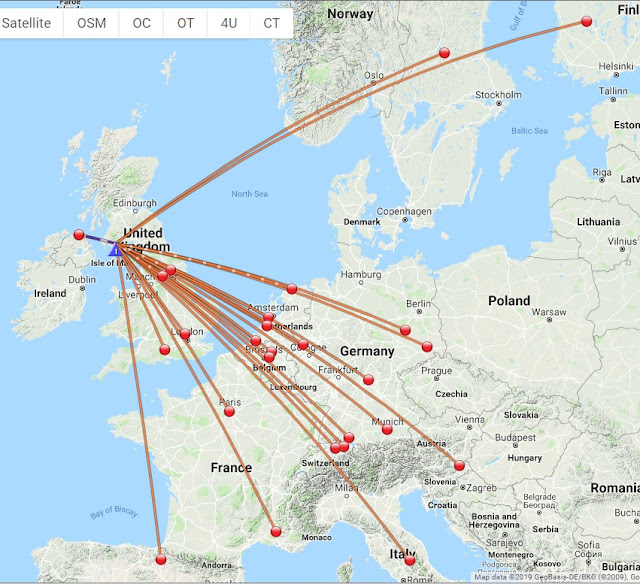 I concentrated my operating on the 7 MHz band and made 27 contacts - phone was disappointing with just three callers, yet on CW I had 24 contacts! A call on 2m FM yielded just one caller - Victor GI4ONL near Bushmills who I had already worked on 40m CW. I heard Nick G4OOE/P operating from Ingleborough G/NP-005 on 145.400 MHz, however my 5 watts and whip antenna was not powerful enough to make contact. I also briefly heard John G4YSS but he dissapeared after I called him back - I think John was mobile and travelling between summits in the Yorkshire Dales - this would have been at around 0935z.  After 25 minutes operating I closed down, to allow time to reach the parking place for the walk to Queensberry GM/SS-072, which was 40 miles north east of Cairnharrow.  This final photo is the view north to Pibble Hill SS-232 and Cairnsmore of Fleet SS-065. The Cambret Hill TV relay station can be seen slightly left of centre : 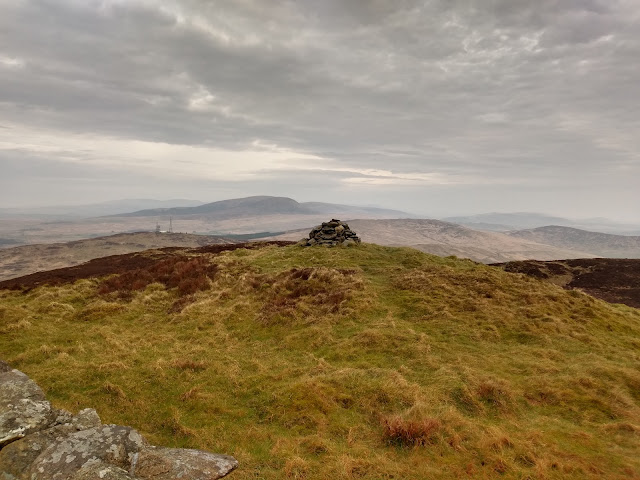