I'm not very fond of winter activating involving driving long distances in a single day, so with a respectable weather forecast I took my chance on October 26th 2018 to drive to the Scottish Borders and tackle three SOTA Complete activations in a day.

It is becoming more difficult to find three unique summits in Southern Scotland that are easy enough to reach and then climb and activate in the one day, from my home in North Yorkshire. In addition to the walking, the driving distance is around 400 miles. This means leaving Pickering before 6.00 am if I want to return home before 10.00 pm.

The three summits identified were all in the Peebles area, so my route to reach the first was to the village of Stobo, via Scotch Corner, Penrith and Moffat to reach Stobo or the first walk, which is near Peebles. I left home at 5.45 am and reached Moffat within three hours for a comfort break, bacon butty and pot of tea at the Rumblin' Tum Cafe in the Market Place. I had made good time on the journey north, making contact on 2m FM when I was driving on the M74, with Geoff Harper G(M)4WHA/M on his way to work in Penrith. 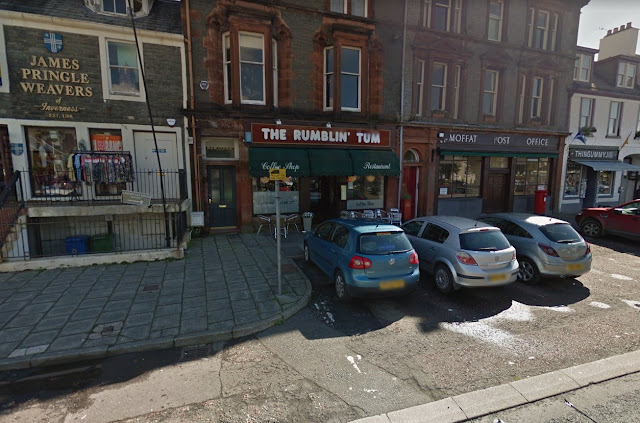 Proceeding to Stobo took less than an hour from Moffat, and I was walking on the John Buchan Way long distance path towards Penvalla SS-145 at 9.40 am, reaping the benefits of an early start.  I was carrying an Elecraft KX2 transceiver, 5m pole and a link dipole. It took 73 minutes to traverse the three miles to the summit. The first two miles were relatively flat with the real ascent starting when I left the JBW at around NT155385.  I was following the GPX track provided by Terry G0VWP which was loaded into the SOTA Maps website. The track used was perfect and could not be improved on in any way. 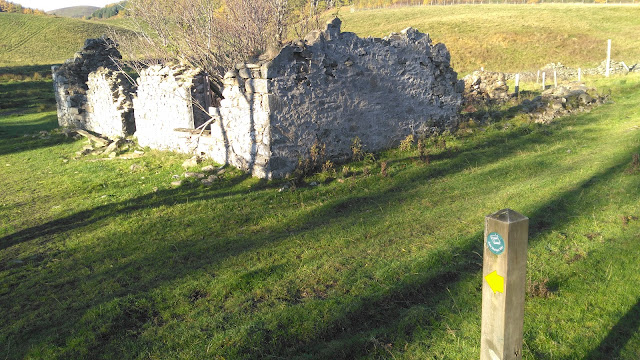 Proceeding towards Penvalla it was interesting to note that wide galvanised metal horse/bicycle gates had been recently fitted at every farm gate / stone wall that crossed the JBW making it effectively, into a bridleway - no doubt this is a popular route for mountain bike enthusiasts - indeed there was plenty of evidence along the way of tyre tracks.  Soon I got a view of Penvalla GM/SS-145 at 537m high and worth 2 Points: 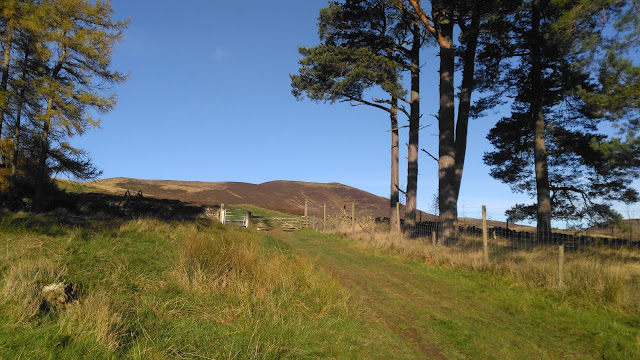 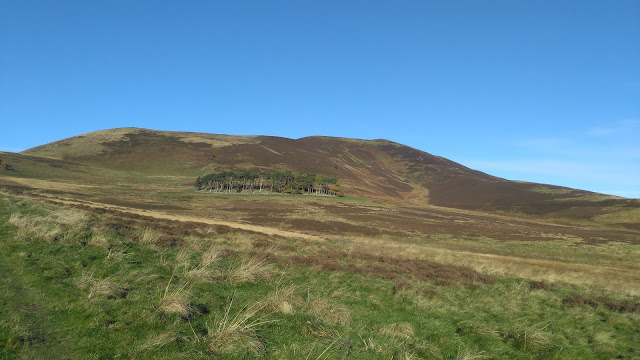 When I reached the top it was featureless and devoid of any rocks, fences or fixtures so I deployed my guying ring to support a 5 metre pole with the link dipole. The 40m band was used and 22 contacts were completed quickly in Morse and Voice.  The wind was turning to the north and for the first time since last winter a pair of fleece gloves and a woollen hat was needed to be worn for the return walk back down to the car.

A country lane signposted "The Meldons" leads north from the A72 and I followed this to the north west side of White Meldon summit. At NT 217439 there is a stile at the roadside which takes you on to the moorland access land leading to the summit. Car parking is roadside, where you can see the stile: 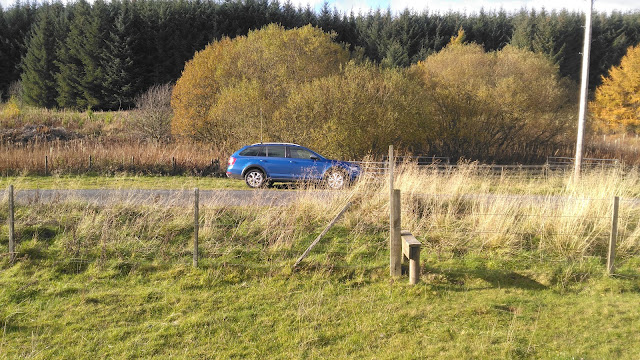 Another stile a little further up the fenceline takes you on the moorland proper. The moor here is a mix of heather, bracken and grass and there are sheep tracks and a quad track if you are fortunate enough to find it. I tended to walk from patch of grass to patch of grass interspersed with heather. The going was reasonably easy, allowing me to reach the summit trig point in 25 minutes. 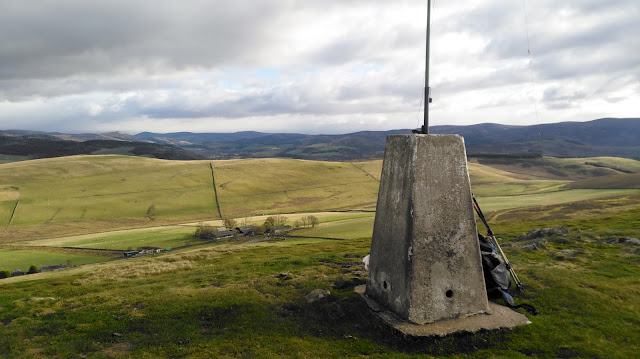 The view from White Meldon GM/SS-208

The same methods were employed as on Penvalla - using 7 MHz Morse and Voice with my 18 contacts being spread around Europe. I found a quad track for the downhill walk which lasted for part of way before I reverted to walking the rougher moorland again, but walking was relatively easy on this tussock free moor.

A good part of the Cademuir Forest was harvested a year or two ago and the public are encouraged to use it as amenity woodland. A car park is provided at NT 247383 where this sign is situated: 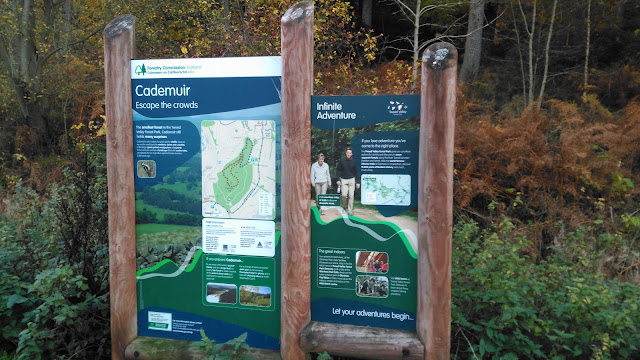 It was half term and I noticed a few youngsters riding bikes in the forestry and a few dog walkers using the tracks. Peebles is around a mile away and the forest is no doubt very popular with the locals. When I reached the summit which had been cleared of trees, there was no one there except me for the duration of the activation.  As usual I found a better route down than going up and this is the track which will be uploaded to to the SOTA Mapping Project. It took me 26 minutes to walk up and 18 minutes to walk down. 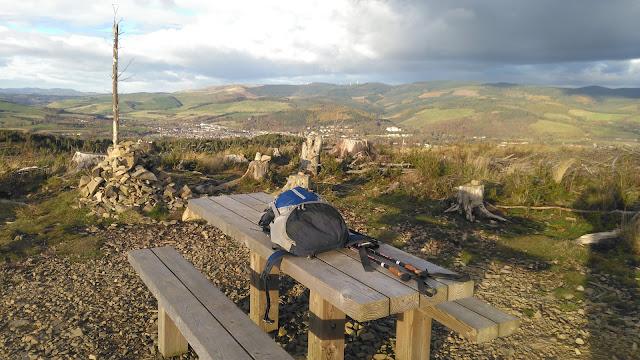 The wind had turned north and was bitter so I quickly completed the contacts with the 22 stations who called me as quickly as possible and then headed back down the hill for the long drive home to North Yorkshire. 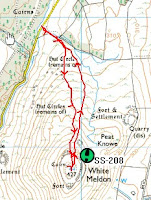 Click photo for larger impression
Posted by Phil G4OBK at 23:59