We settled in well at the Grupohotel in Cala Sant Vincent. This was an extremely fortunate choice, which we booked directly via their website. The hotel catered for mainly German guests. This we knew when we booked and from what we have found when travelling, this almost guarantees that the standard of the hotel and the food would be of a high standard, and it was.  The day before this activation was spent in Ibiza town, which is the main port for the island with a long history. When we return to Ibiza, which we surely will, we will go there again as we needed more time. We explored the fortifications and the town itself and found the whole place full of history. It was surprisingly impressive. There were also plenty of shops and good cafe bars there too. 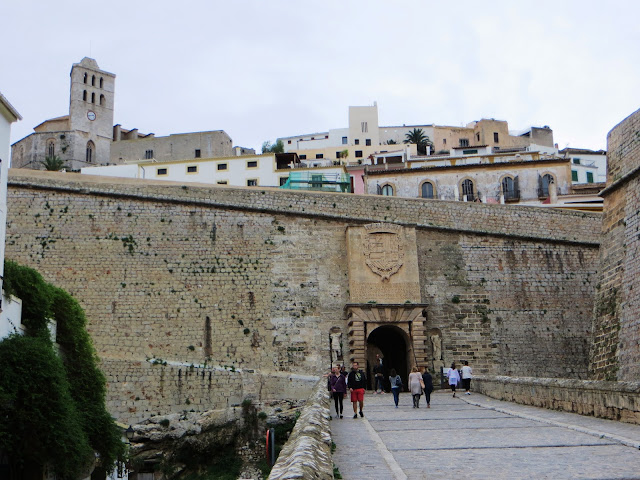 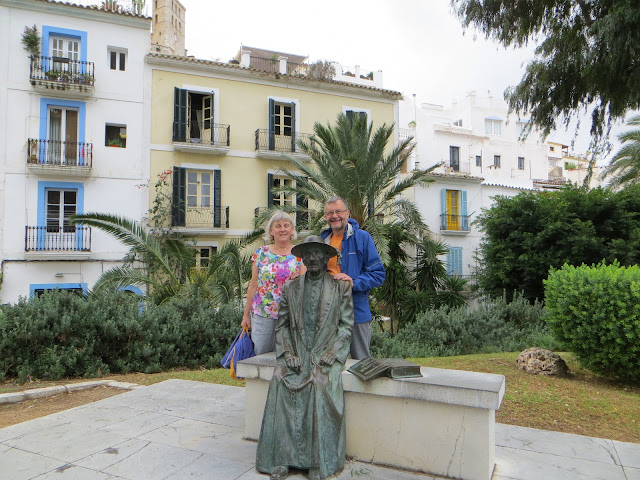 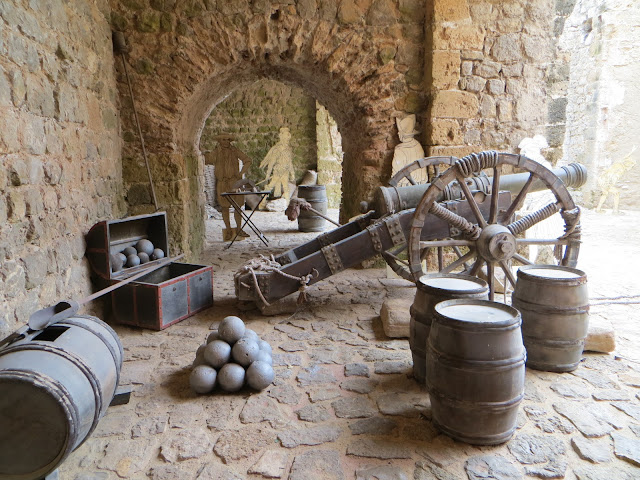 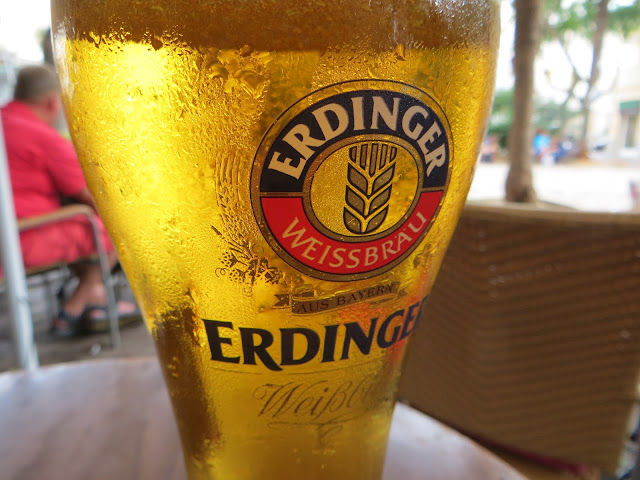 The next day was an activation day, so boots on, rucksack ready, we travelled back to Cala Llonga for the climb up to EA6/IB-011 Puig des ses Terrets:
We parked the "jalopy" on a wide driveway leading to a hotel. From there a rough track took us through pine woodland above the cliffs as it followed the coast partway around the peninsula. We passed an old rusty quarry machine which had been dumped and left for dead by the track: 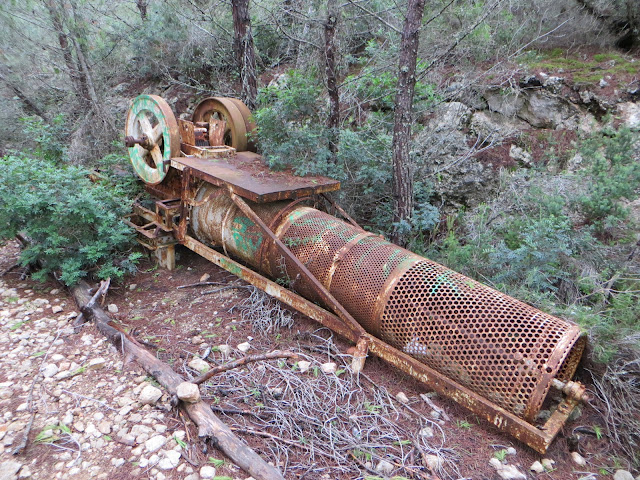 Not long after the machine a path on the right departed from the main track and we followed this to the summit of the Puig des ses Terrets, which was on the edge of an extremely steep 200m high sea cliff: 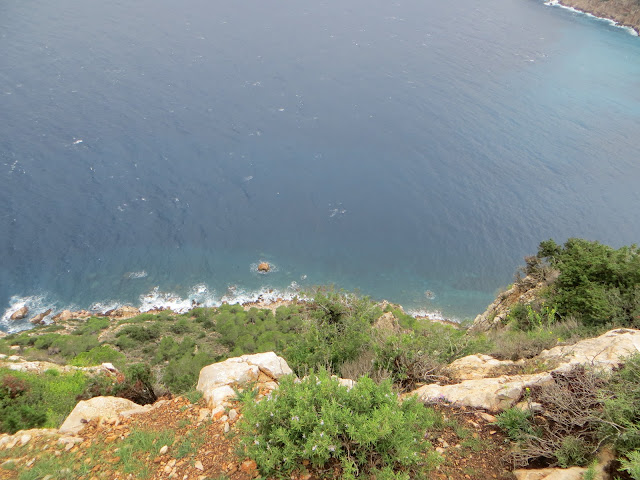 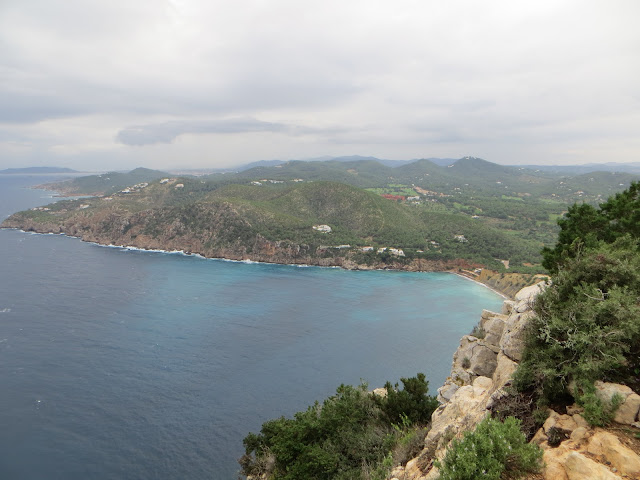 Adjacent to the trig point you will find the foundations of some ancient buildings. I read that these date back to when there was a Roman settlement on the summit. 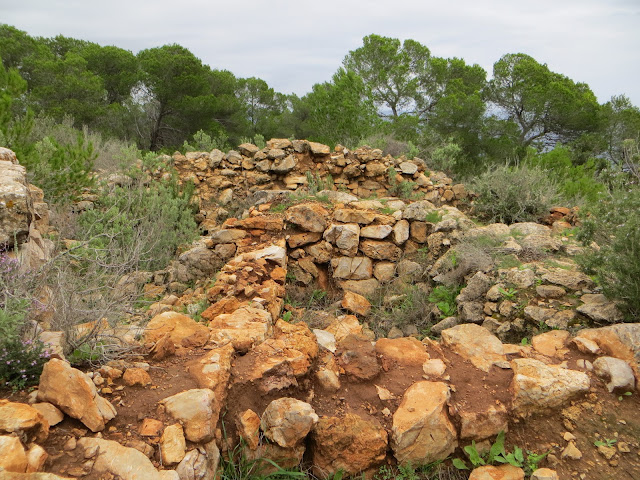 Using 10 MHz and 14 MHz I made 39 contacts. DX SOTA regular Bob AC1Z was logged but the other stations were all in Europe, including two summit to summit contacts with Fred DL8DXL/P and Rod M0JLA/P. Nine contacts were completed on SSB but sadly these were to be the last from Ibiza that were two way SSB, as (I later discovered) the insert in my Yaesu microphone went open circuit. 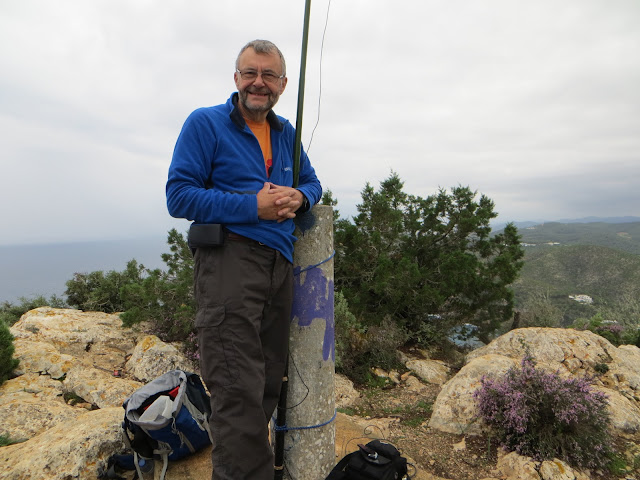