I was staying in the Lake District for a short pre-Xmas break and decided to venture north of the border into Dumfries & Galloway to activate some unique (to us) SOTA summits. My friend from Malvern, Geoff M0PYG, headed north up the M6 and we met at Rheged near Penrith at 9.00 am on Tuesday 11th December.

Our ambitious plan was to activate two summits in Scotland that day - in the event we only activated one.  Due to the lack of daylight remaining we headed back to the Lake District to activate an easy summit there at 5.00 pm.

Cairnkinna Hill was the target - a 554 metre hill seven miles north west of Thornhill. We parked up off a narrow lane in a small worked out quarry at NS787005: 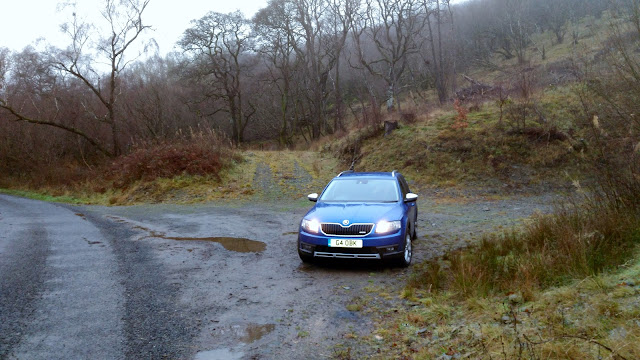 We had fine drizzle and mist as we set off uphill through the remains of an old wood. The walking was tough with bramble and brash underfoot but once we reached the broken wall at 789004 things became a little easier, albeit at a slow pace, on what was initially a steep climb.  It took 84 minutes to reach the trig point and large cairn on the summit, which was longer than I anticipated for what was a distance of under 1.5 miles. 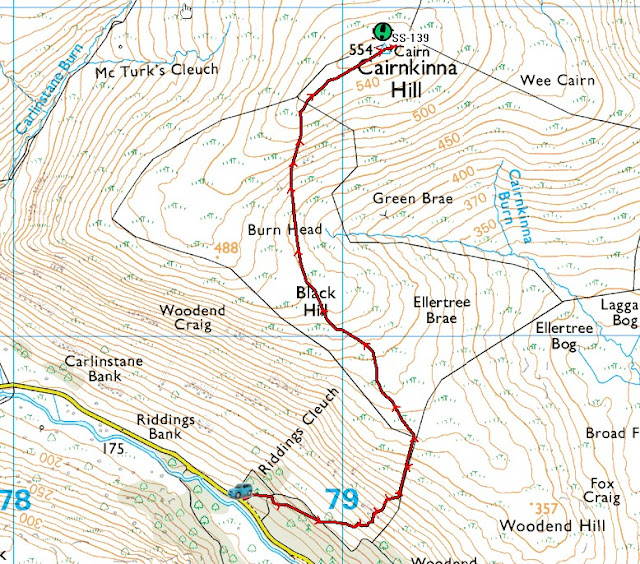 We easily made the required number of contacts on VHF (145 MHz) to qualify the summit for SOTA and then made our way back to the car.
Our plan was to then go east and climb Queensberry GM/SS-072, however time, daylight and the weather was against us, so we headed back south to the Lake District to activate Little Mell Fell G/LD-037, before returning to our hotel for showers and a dinner.
Posted by Phil G4OBK at 23:59 No comments: