I realised when we visited Ibiza Town earlier in the week that many ferries ply their trade each day taking tourists to the island of Formentera, which lies about 4 miles south of Ibiza island. The ferry price varies and seems to be based on the speed of the boat - the faster catamaran ferries (35 mins journey) charge more. We bought our tickets from the port on the day of travel.
Formentera is 12 miles long and has a population of around 10000 people. There is a hill rising to 202m at its southern end called Torre Mola, which qualifies for SOTA as EA6/IB-001. We spent a day travelling to the island first to the port in Ibiza by car, then by ferry to the Formentera port of La Savina. Free parking in Ibiza Town is plentiful within a short walking distance from the port. 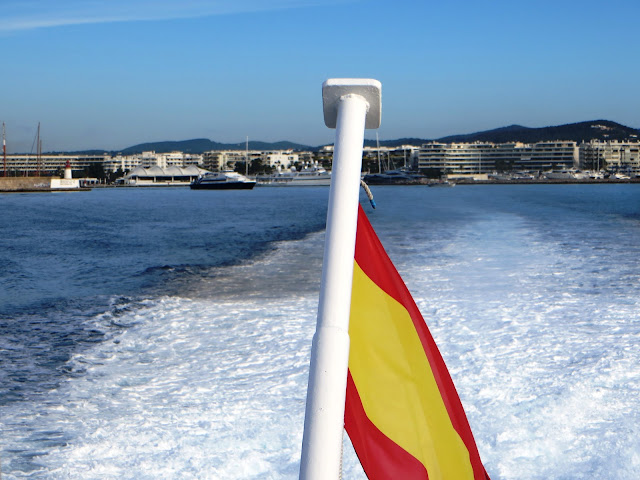 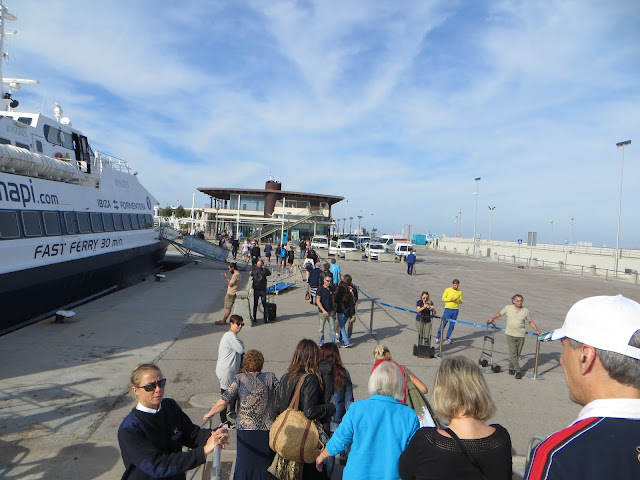 From the port in La Savina we used the cheap public bus service to reach the start point of our walk from the village of el Pilar de la Mola. The port at La Savina is a place just for the tourists. It comprised many car hire and moped and cycle hire outlets on the quays, with a few cafes and small hotels. People usually travel to the island for its beautiful sandy beaches where nude bathing is permitted - we were the only people to ever travel there to activate EA6/IB-001 for SOTA as Torre Mola had never been activated before.... 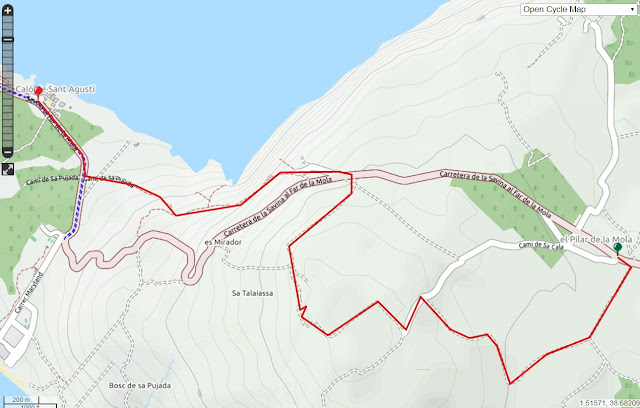 Our four mile linear walk from el Pilar ended in the village of Calo de Sant Augusti where we hailed a taxi to return us back to the port as the bus timings were not appropriate for a return journey.

The highest point of Torre Mola is located adjacent to a house, with the elevated trig point / bunker marked as "privado". There was little ascent to reach the summit via farm tracks which had been built to gain access to a few small farms and well cultivated fields:
After 40 minutes we reached the rather unspectacular summit and I set up my station by first securing the fishing pole to a post adjacent to a bunker / trig point: 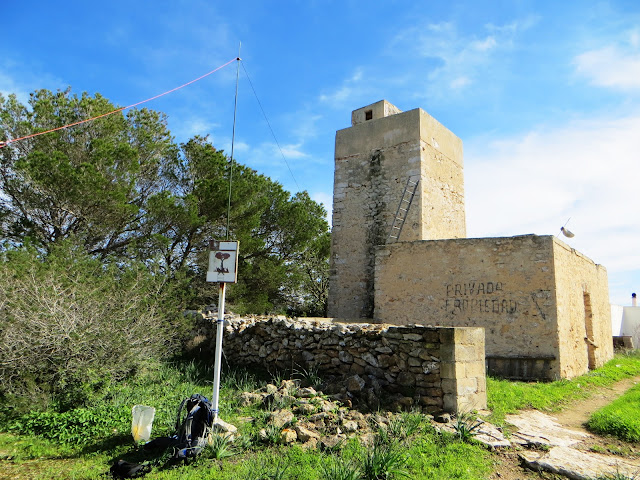 I completed fifty contacts running QRP in 55 minutes. This was well above what I would have expected - all were made using CW, but once again cross mode was attempted after the earlier failure of my microphone. This was quite successful with more stations achieving crossmode contacts on CW/SSB: OH9XX - HB9BHW - G0VWP - G0RQL - OE7FMH - G0TDM and G4SSH. There were three summit to summit CW contacts, one being DX with CT9/DJ5AA/P (Al). AC1Z and K4DY were also worked.  I went QRT after 55 minutes and we continued our walk down to the village of Calo de Sant Augusti.  Once the main road was crossed a rocky footpath taking us down to sea level provided spectacular views of the island: 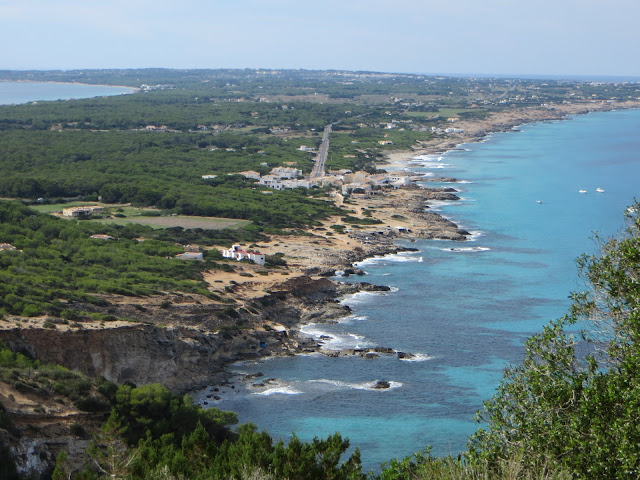 We had missed the last bus back to the port so we just started walking in the hope we could hail a taxi. Within 15 minutes one arrived to take us back to the port where we enjoyed some refreshments before embarking the boat back to Ibiza at around 5.00pm.

On our ferry journey I was able to photograph the uninhabited island summit of Es Vedrà EA6/VE-001 which is located 1.5 miles off the Ibiza Coast. The summit is 382m ASL on this small rocky island of legends. This rather hazy picture was taken with a 20X telephoto lens: 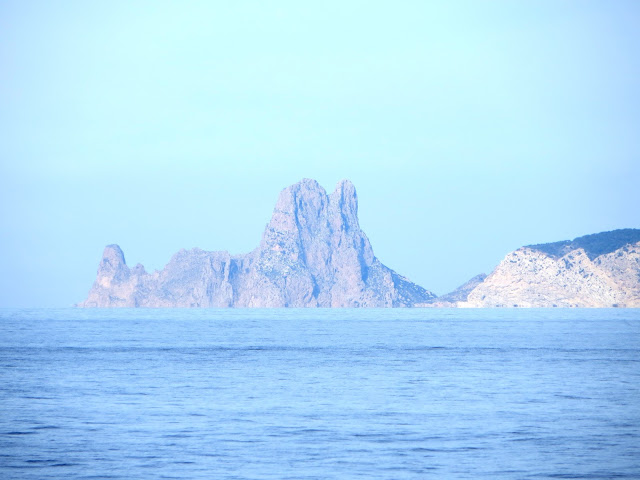 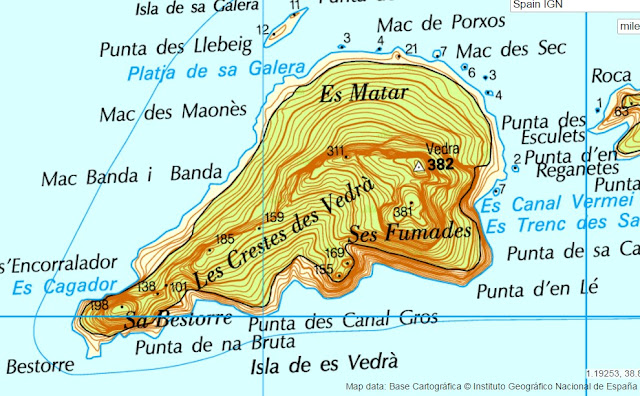 The island is pictured on the cover of the Mike Oldfield's Voyager album.  I am unable to say if this rugged summit could be climbed without ropes and mountain climbing experience.... Six summits in Ibiza remain unactivated plus this one making seven.

This trip to Formentera was my final activation on my week long QRP SOTA holiday DXpedition to Ibiza. Here are the final stats: