We had a family holiday in Tuscany in July 2015. There were 8 family members over four generations from Great Grandma down to Granddaughters all together for two weeks. We rented a villa for two weeks near Manciano, a town which is midway between Pisa and Rome. Three of us flew into Pisa via Easy Jet from Manchester while the other family members flew into Rome from Bristol and from Sydney, Australia.

As I have done for several years SOTA Operation forms part of my holiday.  On this tour I carried my Yaesu FT-857, one 7 AH LiFePo4 battery, a link dipole antenna, a 5m travel pole and the other bits and pieces necessary to support my station. It seems to get easier to transport radio gear through security now with more people carrying electronic gadgets such as tablets, and laptops etc and I had no problem at either airport in getting through the scanners. As usual all electronic items were taken from my rucksack and placed in the trays on the conveyor belt.

I set up my station at the Villa for chasing and on two days I packed it all up into my rucksack to go activating.

My first effort activating Mont Calvi I/TO-304 was aborted after I tried to access the summit via a working quarry. I was turned back by two workers who returned me to my car in their 4X4. I then attempted to visit I/TO-314 Le Cornate but due to an unfortunate mistake in the Italian SOTA Association Manual I went to the wrong place many miles from where the summit was located! My day was completely wasted, but after researching a route to Mont Calvi more thoroughly I returned there a week later for a successful activation. I won't talk about my dreadful wasted day again or the politics of the Italian SOTA Association - lets just say it isn't good and the administration in that country needs to get better!

I was able to erect my 5m pole on a veranda adjacent to the villa where we stayed and with an extension coax cable I set up my station in the lounge. My basic station was a far cry from what I use at home, but I managed to make over 40 SOTA Contacts and several more contacts with friends such as G4OOE, G4SSH, M0IML, ON4UP who were operating from their homes as SOTA Chasers whilst I was at the villa. 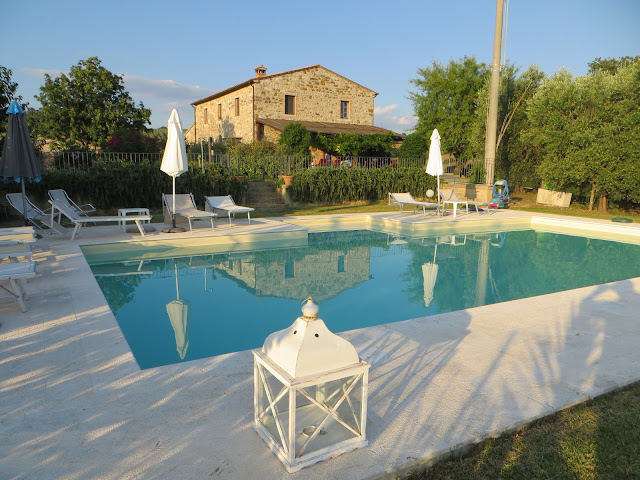 After my aborted attempt a week earlier I was determined not to fail again... This time I approached the summit from the opposite side to the quarry where I was turned back.


There was a parking place by the road just as it got too rough to drive along it without causing damage to the floor of my Ford Focus C Max hire car... 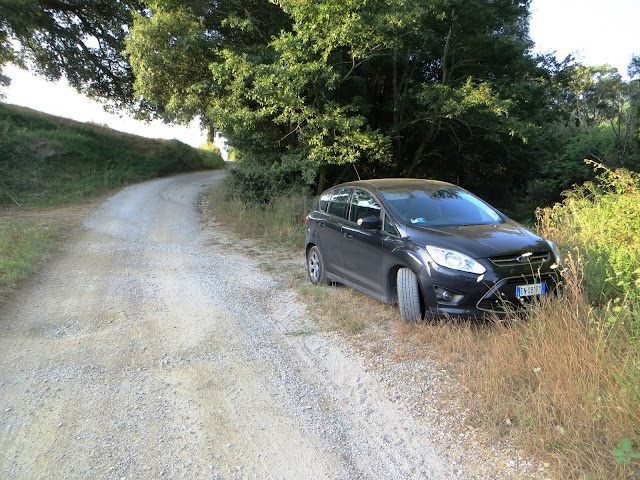 From this point the road got rougher and then it improved back to asphalt, as so often happen. It got steep leading up to a hairpin bend and I realised that I could not have got further in the Ford than I did. The trail was well marked (Path No.3 it seems) and in around one hour I was on the summit...

The path ran up through scrub and thin trees, bush walking some might call it. I lost the path near to the top where it steepened but only for a short distance and I was soon at the cross, and I noticed a metal box with log books inside it. Off course I added my name and comments in English to the log! 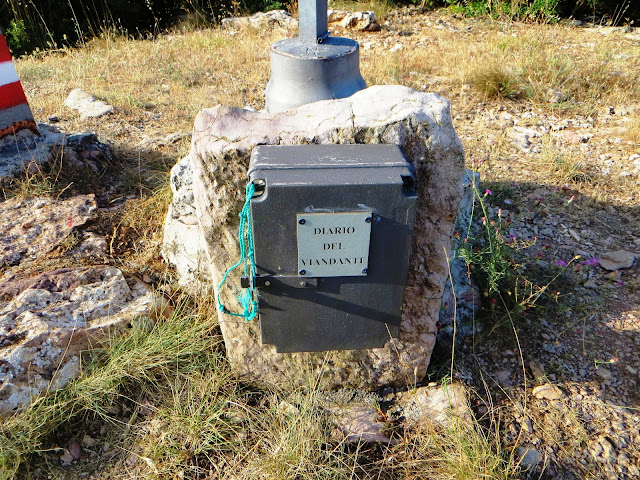 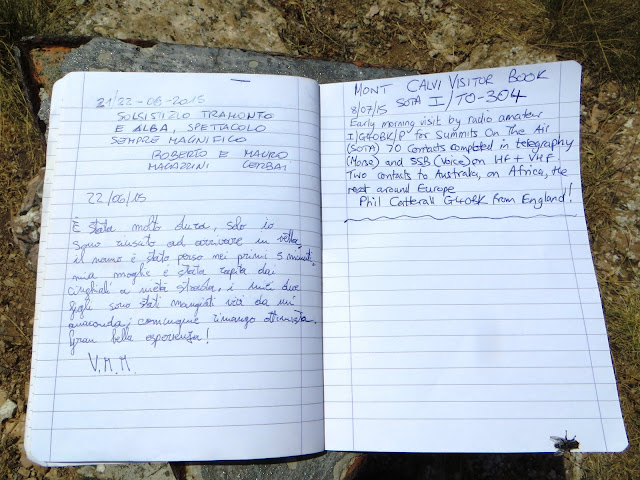 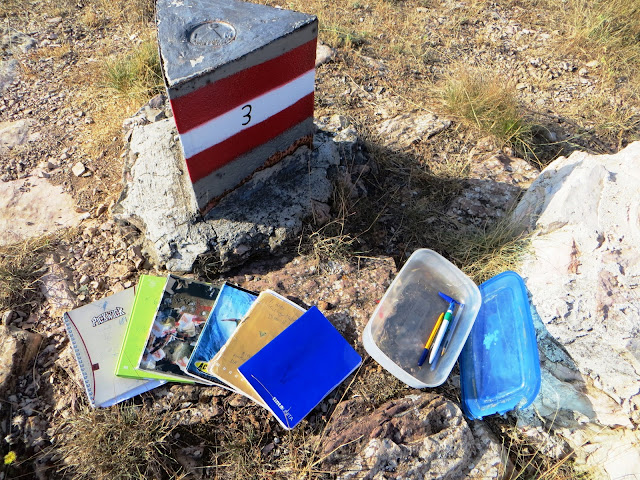 I was impressed - here were six logbooks going back years. This is not something you would find in the UK.

So, after a drink it was time to set up the station with the pole against the metal cross. Radio conditions were great on 10m and 6m for the 2015 SOTA Championship, and I made lots of contacts there and on the other bands. No one visited the summit while I was there and I saw no one on my way up back down.

It took me over two hours to make 70 contacts, but many were found by the "search and pounce" method by tuning around 10m and 6m bands. I'll just display these special contacts as the list otherwise is rather long...

There were lots of familiar callsigns there, and it was great to get them on the 10m and 6m bands. Best DX on 6m was undoubtedly EA8EY in La Palma, Canary Islands.

I enjoyed a steady walk down and then the two hour drive back to the villa, stopping en-route for a beer and sandwich. Surprisingly this was the most convenient summit to where we stayed, despite there being probably over 50 summits nearer with the necessary 150m prominence but these summits are at present unlisted. Work to resolve the problems of the Italian SOTA Association (I am told) is taking place once the right volunteers come forward to study the topography.

I must thank my wife and family for putting up with my SOTA Fever on and off for two weeks whilst we were together in Italy...
Posted by Phil G4OBK at 23:59 2 comments: