Hightown Hill (formerly GM/SS-273) is an important summit for me. I was the first person to activate the summit and additionally, it was my very first SOTA activation on 21 June 2005.  A re-survey by Alan Dawson (Author of The Relative Hills of Britain) of Hightown Hill had taken place, when it was established that nearby White Hill was 20cm higher, therefore the Marilyn status was transferred to White Hill GM/SS-289 for the purposes of SOTA, on 1st December 2021. I wanted to the the first activator of White Hill which is why I stayed overnight in Annan on 30th November 2021, to ensure I had early access at first light. Having dried out my gear overnight from my wet activation of Deuchar Law the previous afternoon, I left my guest house in Annan at 06:45z after a cup of tea and drove out towards the village of Tortherwald and then north to the parking place for GM/SS-289 White Hill.  I slyly alerted the activation later than I usually do - just prior to leaving the Annan guest house on the day, to help ensure that I would be the first to activate the "new one"... As it was dark when I started out I parked away from Hightown Farm as I wanted to avoid contact with barking dogs and farmers. So I parked roadside at the side of Bruntshields Wood NY 028825 and walked up the road to a gate at NY 029832. From there I walked over stock free fields and through open gates to the summit: 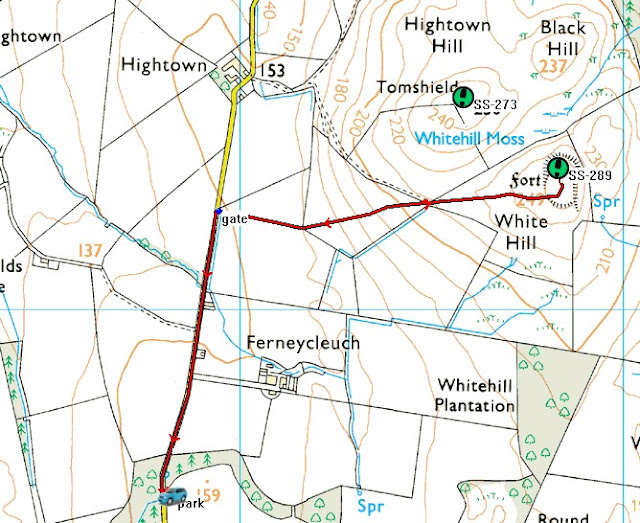 On arrival I got out my FT-65 handheld with RH-770 whip and worked Geoff Harper GM4WHA who lives in Annan. 59 reports were exchanged both ways and the summit was activated! I've known Geoff since I started activating SOTA and WOTA and we've activated and walked the Lakeland Fells together several times, so it was great for him to be the first chaser to work White Hill. As Geoff headed off to work I set about assembling my HF station. 60m was open - but not wide open to UK. The skip was long and several NYSA members were unable to hear my 10 watt signal. (NYSA is the (unofficial) North Yorkshire SOTA Association!). I did scrape a contact with Victor GI4ONL who's CW signal had a rough echo sound it - decidedly auroral, so maybe it came from a reflection to the north. Finally NYSA member Terry G0VWP (York) was worked before I moved to the 40m band. It was a cold morning, but dry with excellent views across to the M74 motorway and the wood processing plant in that direction. The trig point on Hightown Hill was close. The depression that is Whitehill Moss in between the two hills, drops by around 30m: 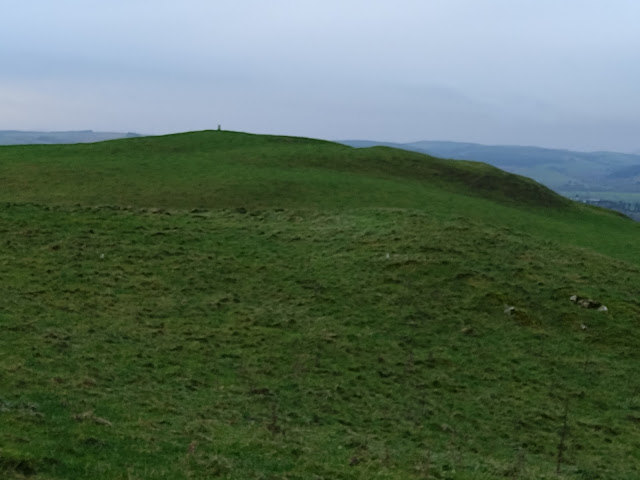 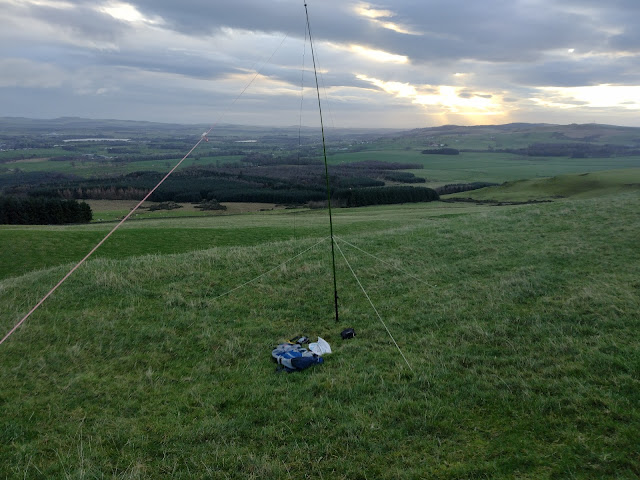 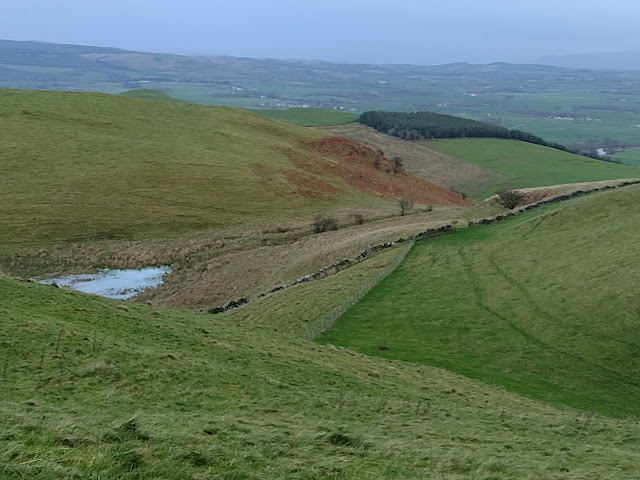 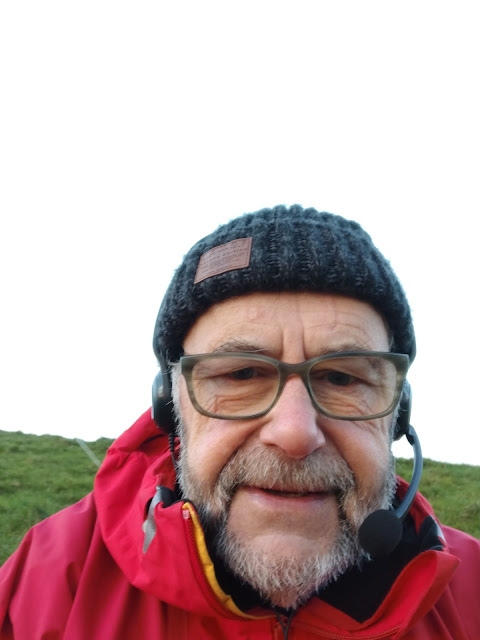 After sitting for an hour in significant wind chill I took a selfie and decided after my final calls on 20m CW that I would depart before hypothermia set in, however I finally re-connected my dipole links to the 60m band and moved to 5398.5 KHZ in an attempt to worked the remaining NYSA members who I knew were still looking for a QSO for the all time new one... Sure enough the skip had shortened, and Pete M0HQO (Pickering) and Nick G4OOE (Scarborough) were both logged with 59 reports both ways. I then logged MM0GGI, G0RQL and G8XDD (Not ADD), finishing with 41 QSOs. After my soaking the previous day on Deuchar Law and the cold experienced on White Hill, I'd felt I had achieved what I came to Scotland for and drove south to Tesco Carlisle for an all day breakfast before driving home. I must mention F5JKK before I go, as Eric worked me on every band I used: 60m, 40m, 30m and 20m on SSB and CW!
Posted by Phil G4OBK at 23:59 2 comments: