Our second and third full days, and a late start on day 3 for several reasons. We therefore decided to extend our day and operate into the evening to make up for the lost time at the beginning of the day. We headed south west of Havlickuv Brod and Jihlava into the heavily wooded Vysocina area on both days. All summits activated are shown on this map, running order on day 3 was: 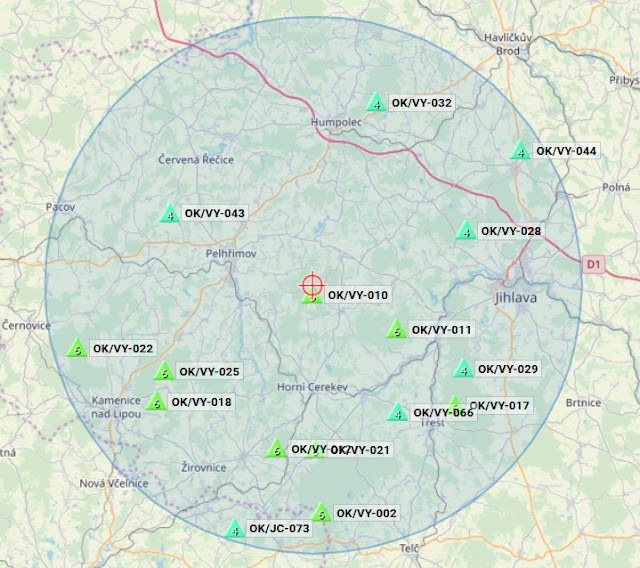 OK/VY-028 was our first summit and it was raining, so my KX2 was operated inside this plastic case: 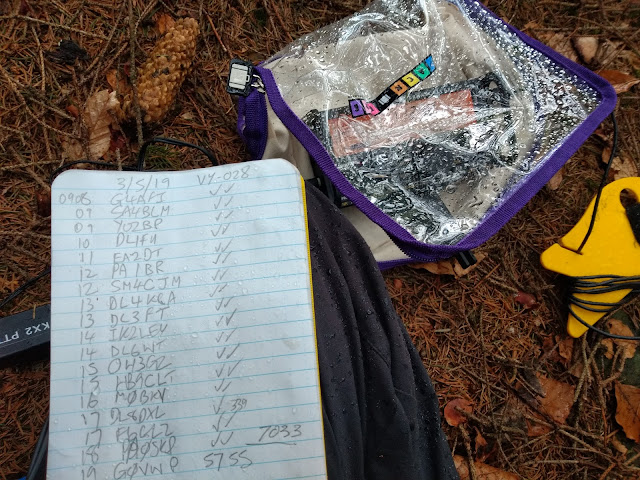 Most of the wooded summit areas were easy to reach using the car, however our 3rd summit (OK/VY-017) involved a reasonable walk to the summit from the parking place by the side of this small shelter, Victor OK8VM/GI4ONL is pictured by our Fabia hire car: 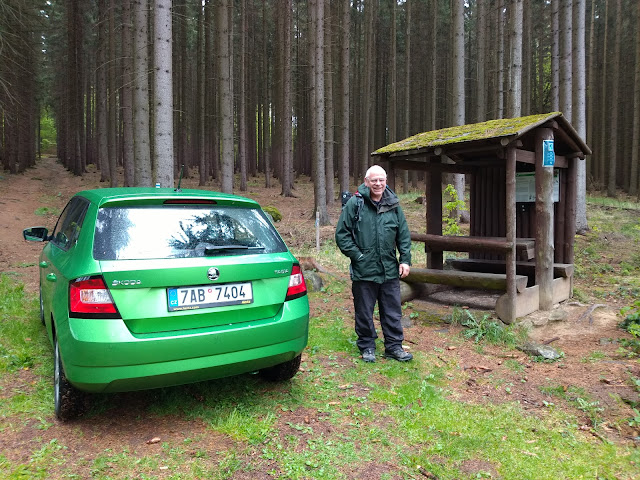 And here we are after the activation on the summit: 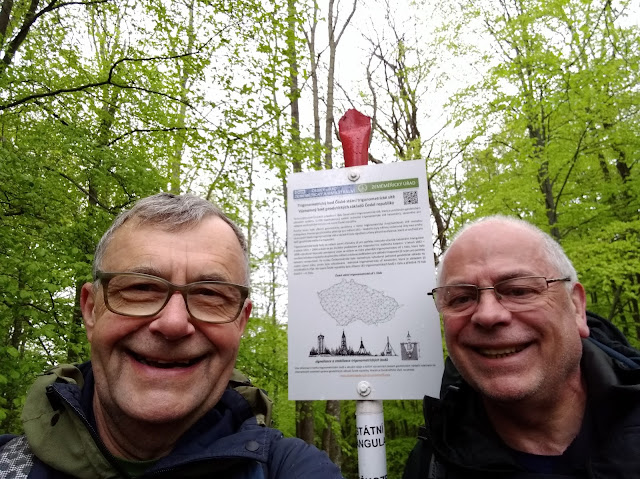 We then drove a few miles to OK/VY-066 Kobylí hlava where the summit was in the clear out of the woods at the top of a farmers field, and another easy 4 pointer: 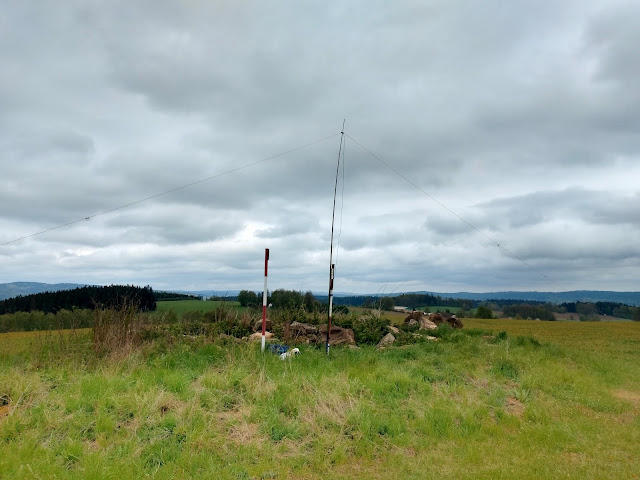 The next summit VY-012 was a little different. We parked near the gated entrance to a holiday / wellness centre and walked up tracks to a radio mast. I set up close to it. The track is in the SMP: 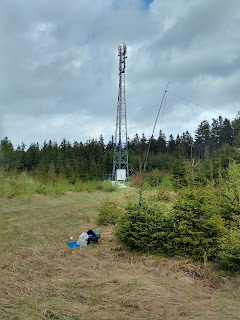 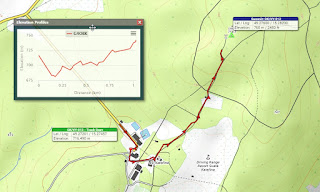 Our last two on Friday were VY-018 and VY-025. Both were unremarkable summits close to asphalt roads. In the case of VY-025 this was the only summit out of 52 activated during our tour that was not SOTA Complete for me. It was 19:30 local time when we finished operating on VY-025 so it was straight to the Pansky Dum bar and restaurant in Chotebor for our dinner and beer (non alcoholic for Victor being the driver).  Considering our late start we had a really productive day with 8 activations  and 204 contacts between us on the 20m, 30m and 40m bands.

There was rain forecast again as we headed out to our most southernest point of the tour - Javorice OK/VY-002. Finding a sandwich en-route to eat later was difficult. We stopped at a couple of convenience stores but they didn't sell them. It would have to wait. Not far from the village of Svetla a small herd of Chamois guided by a single Ram crossed the road right in front of the car! It took us a few seconds to realise what they were. I had only seen solitary Chamois before on three occasions, so seeing a group of around ten was a surprise... The long drive and pleasant walk of around one mile each way to VY-002 meant we were starting our first activation later than expected: 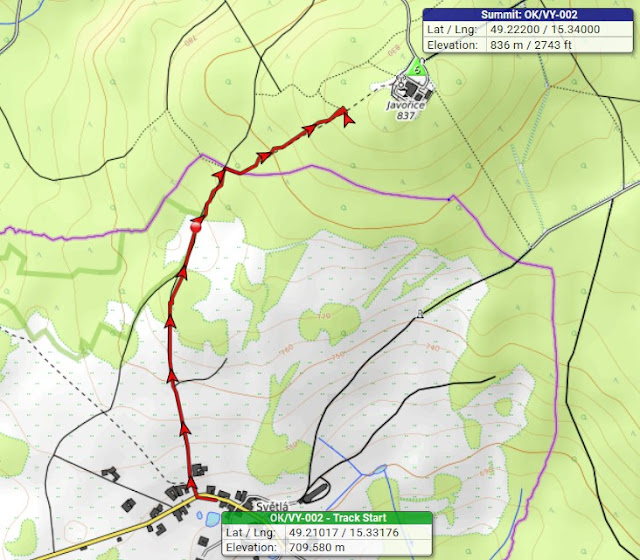 There was a large transmitting mast on the summit of VY-002 so we stopped short on the track to avoid the chance of interference from the comms installation. The weather was fine but it was going to change. Here is Victor OK8VM strolling back to the car: 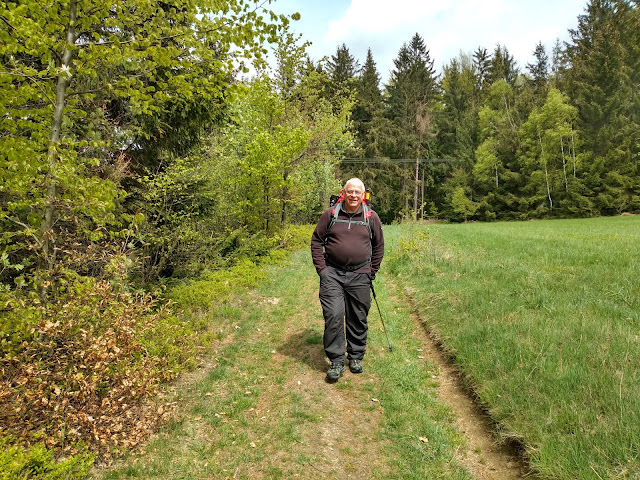 We then went to VY-011, which we approached from the north (see track in SMP), however VY-010 Kremesnik was more memorable as there was a hotel on the summit. Surely if we ever return to the area this would be a great place to stay? I went in to the bar and the staff gave me a couple of postcards when I told them I intended returning there sometime: 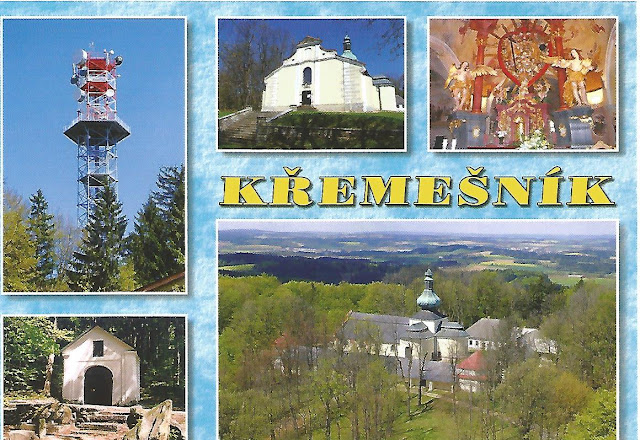 We set the stations up behind the hotel in the woods, and although there were people around, no one bothered us.  While on the summit it started raining, and it persisted as we arrived at VY-022 which is a "drive on" summit near an activity centre. We operated in the woods on either side of the tarmac road and got pretty well soaked. After that the rain continued so we decided to call it a day and head back to Rozochatec Hotel.  After a hot shower and a couple of hours rest we went back to the Pansky Dum restaurant in Chotebor - where they have a micro brewery in the restaurant itself: 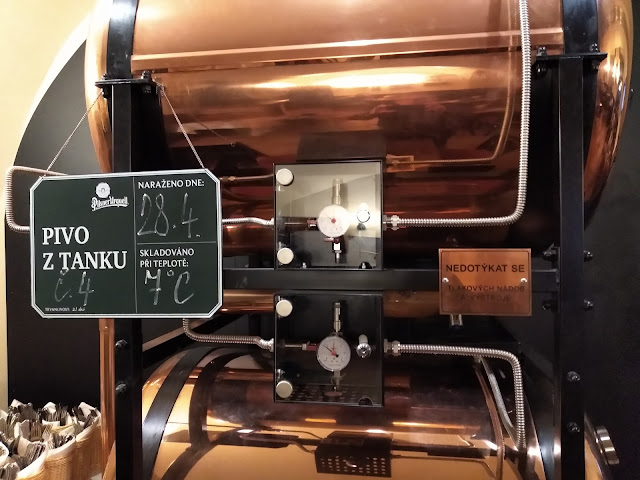