The plan today was to leave our hotel near Chotebor to drive north and west in an anticlockwise arc visiting one summit in the OK/PA region and six in the OK/ST, in this running order:
PA-031 > ST-093 > ST-094 > ST-091 > ST-097 > ST-101 > ST-090
The route would finally land us into a very nice posh (but affordable) hotel chosen by Victor in the town of Vlasim, 20 miles from the Prague Vaclav Havel Airport: 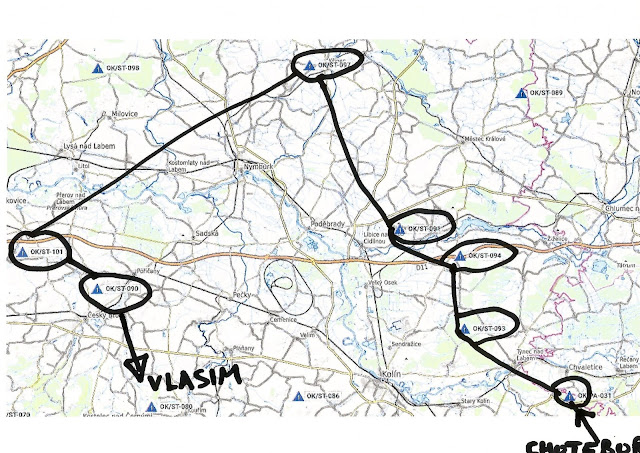 Six of the summits were close to each other apart from the extra summit to the north, ST-097. They were a mixture of legally "drive on - close to the road", and "walk to" summits. The hotel was almost an hour drive south of the final activation on ST-090, which was necessary to place us in the right location for the early morning activations on our 8th and last day. After 7 days and almost 50 activations we were both finding erecting the stations repeatedly, almost automatic. I calculated it was taking around 8 minutes to set up from arrival, 10 to 15 minutes operating time and then 8 minutes to pack up and walk off the summit. We spent more time driving in effect, than operating and walking, but that is what SOTA is like in the Czech Republic in the area we favoured...

A few summits were worth taking the camera out for, notably OK/ST-091, which was a clear hill on top off an escarpment that was a ten minute walk from the car:
Later that day we came upon the most unusual summit of Chotuc OK/ST-097, where the top of the hill is a cemetery. I made a short video in the graveyard itself, where we decided to operate outside of, to respect the dead:

It was approaching 6.00pm local time when we finished on our last summit of OK/ST-090 Zaluznik. A short walk of 200m from the car took me to an area where there were beehives. As there were no bees visible at that time I admit to using one of the hives as a tie off point for my dipole: 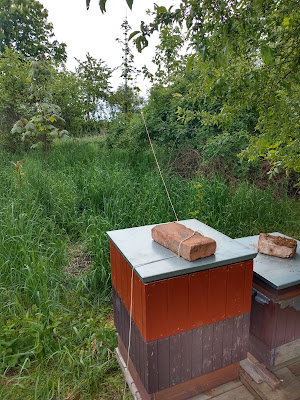 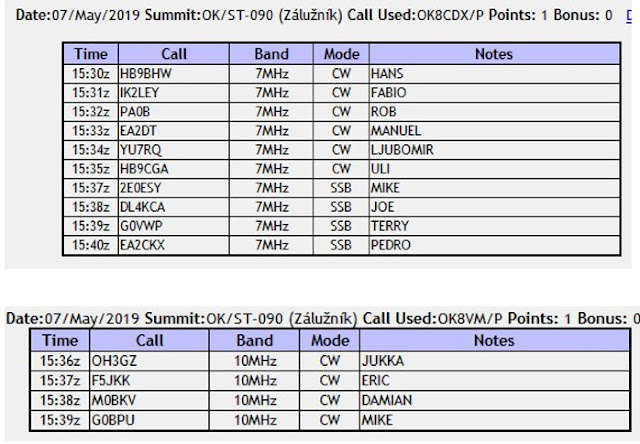 Just 10 minutes on ST-090 netted me 10 contacts on the 40m band in Morse and Voice. before I packed up the station and we headed to the hotel in Vlasim. Victor managed to scrape up 4 contacts in just 4 minutes, although he had to walk further up the road to find a place to set up his station....