For our 4th and final activation of the day we returned to Port de Pollenca where we were staying but continued through the town and on to the Formentor peninsular, seen on the Tour & Trail Walk! Mallorca 1:40000 map by David Brawn: 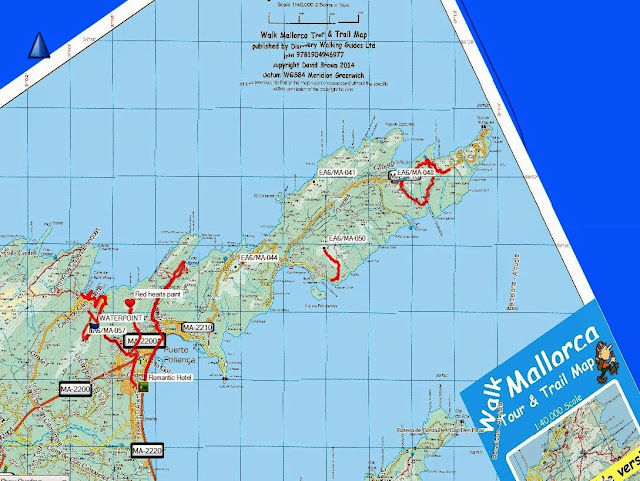 The EA6 Balearic Islands SOTA Association was established in April 2014, the manager is Isidro EA5NR who is not resident in the Balearics. MA-044 was one of the first Mallorcan summits to be activated and is 357m high (2 points). This was activated for SOTA by LA7DHA in August 2014, and then subsequently by DF3MC, HB9BIN and OE6DOE in April 2015, before our triple op activation of the same month.

Driving on to the Formentor peninsular takes some care in the spring as there are 100s of club cyclists using the road from 10.00am until 7.00pm. If you include the two summits of MA-057 and MA-046 at the foot of it the 12 Km long Formentor Peninsular contains six SOTA summits. Only one of them, as I write this, is still to be activated - this is MA-041 El Pal located on the north side of the peninsular.

A tarmac road took us to a parking area at N39.9276 E3.1173. I would strongly advise against driving any further than this as the road becomes narrow and precipitous after this point. From this parking place the ruined tower on the summit can be reached in less than 10 minutes. I took a short cut and climbed over rocks on rough ground adjacent to some windowless buildings to reach the summit, but I came down using the longer road route as this was easier.  The top of the hill offers panoramic views through 360 degrees - here we see Nick G4OOE setting up his station in the foundations of a ruined building just below our operating position: 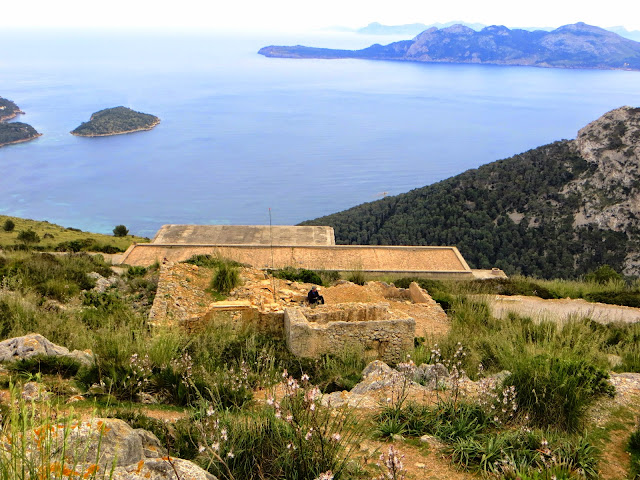 The tower on the summit is climbable up to two levels via wire rung ladders, and of course I couldn't resist going up: 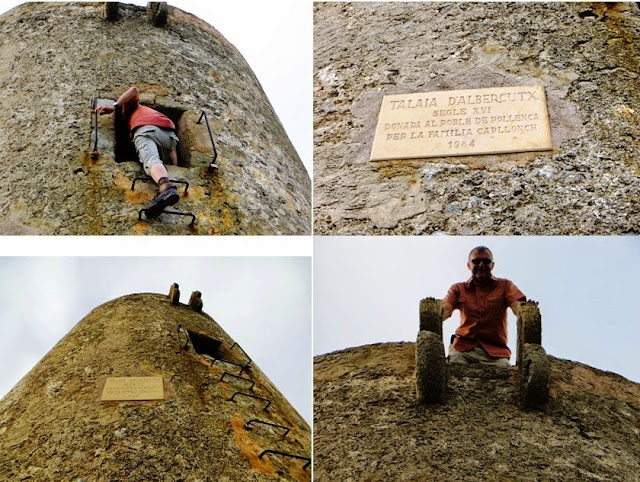 As Nick stayed on 30m and 40m we once again had full use of the 20m band, with me operating CW and Dave SSB. I completed 25 QSOs, all around Europe with the exception of Joao CU3AA who lives in the Azores - Log2Map (Thanks ON6ZQ). We ran out of time and needed to return to the hotel for dinner, so 17m was not used on this activation.