Leaving our hotel in Tettnang as early as we could we started the drive north to reach the Ferry at Dunkirk over a two day period. This involved calling at any conveniently placed summits near the planned route, some of which had roads to the top of them.

Wittoh was one such 10 point "drive on" summit and we arrived to set up in drizzle. I was active for just 20 minutes from 0622z and I stayed on the 20m band. With four more summits planned in the day we needed to get on.... 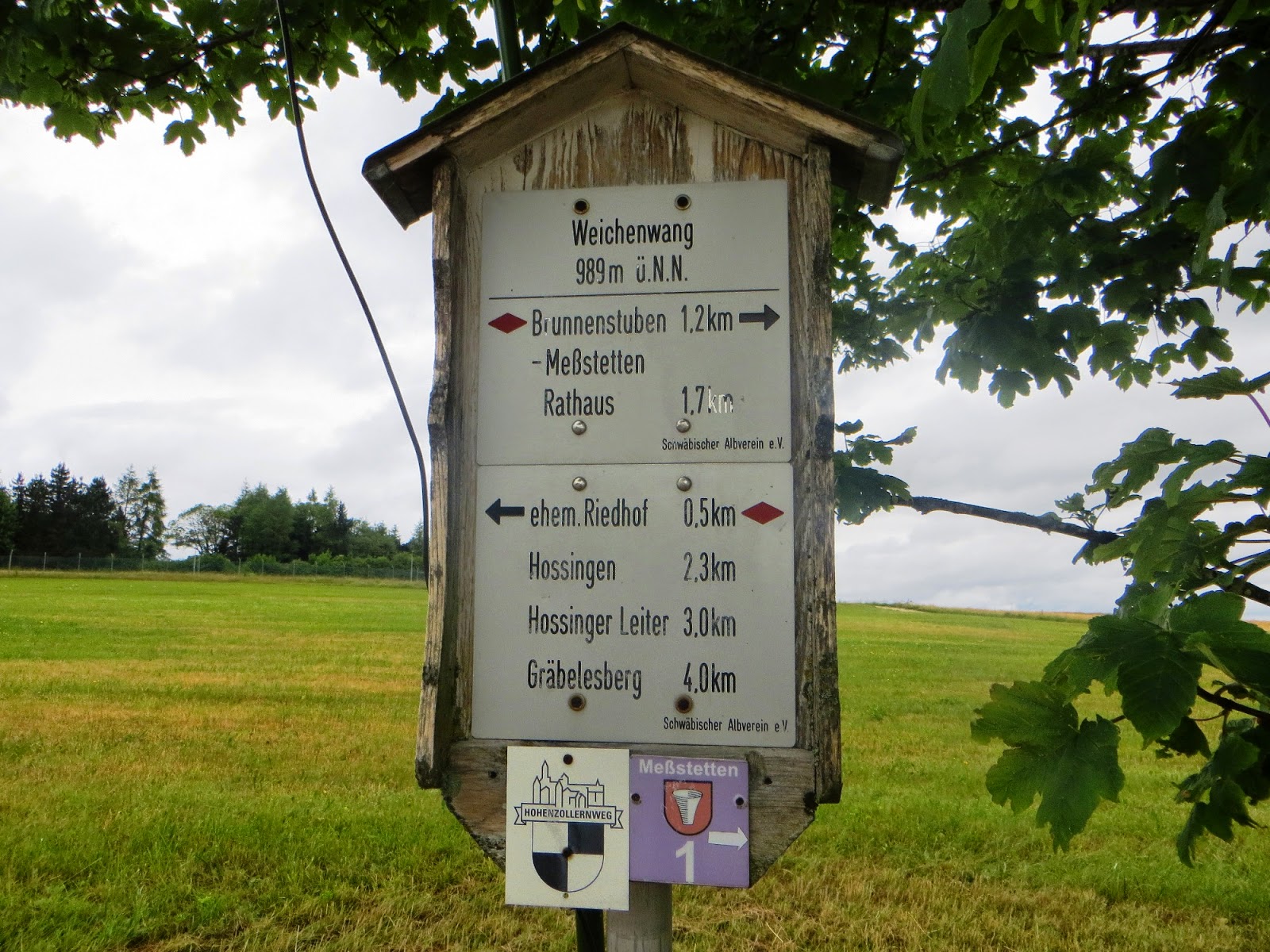 Less than two hours after leaving Wittoh we arrived at another "drive on" 10 point summit near a military base. I had a technical problem here when my FT-857 refused to turn on, due I am quite certain, to strong RF fields emanating from the nearby military base. Nick's similar transceiver a short distance away from mine did not exhibit a problem so we both used that and stayed on the 40m band to complete our activations.  We made 38 contacts between us all in CW, before moving off to our next summit. So that was another 10 points each for little effort other than getting out of the car, walking a few yards and setting up the station....SOTA is so easy in parts of Germany compared to the UK!

This 10 point a summit was around a one mile walk each way along a parkland track. It was raining again so I set up in the shelter of a building. Nick set up on a seat some distance away. We both deployed our golf umbrellas, (purchased before we embarked on our EU tour) to keep the radio equipment dry.  Here is Nick G4OOE operating most comfortably on his bench on 40m SSB (7 MHz) on Heersberg: 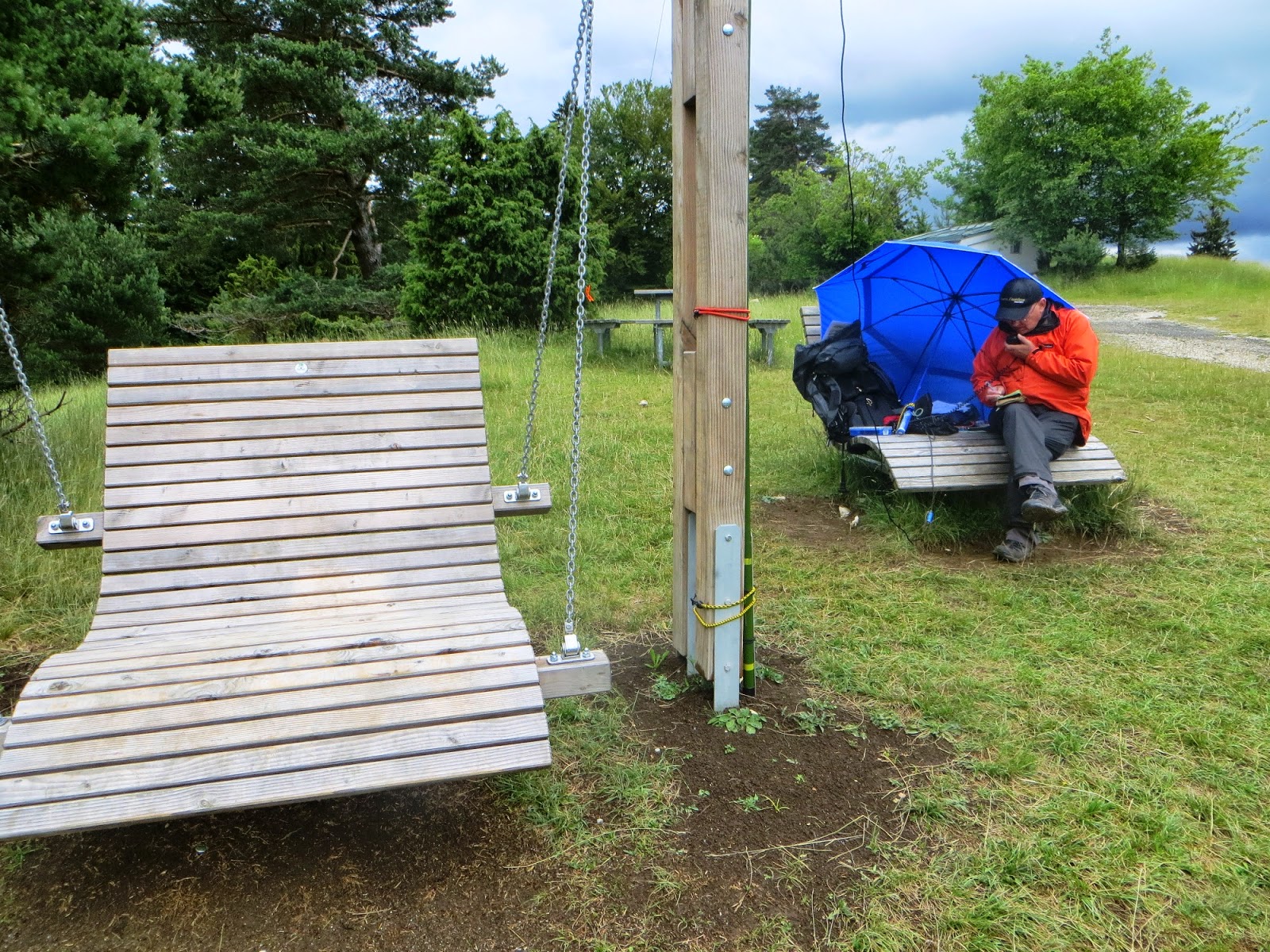 My FT-857 operated perfectly from Heersberg confirming that it did not like the presence of the suspected strong RF fields I encountered on Weichenwang...

We drove up the road to the gates of a rough looking gate housing another military installation. There were cameras and signs warning the public away... Wisely, Nick turned the car round and we retreated back down the road and set our stations up separately in the woodland on each side of the lane. I was reluctant to take any photographs of the gates and dishevelled looking buildings as I got the distinct feeling that the cameras may have been watching us, and we did not wish the military to approach us and disrupt the chances of a successful activation of BW-058. A "stealth" activation was therefore most appropriate and this is where I set up in the woodland to the side of the road around 200m down from the security gate: 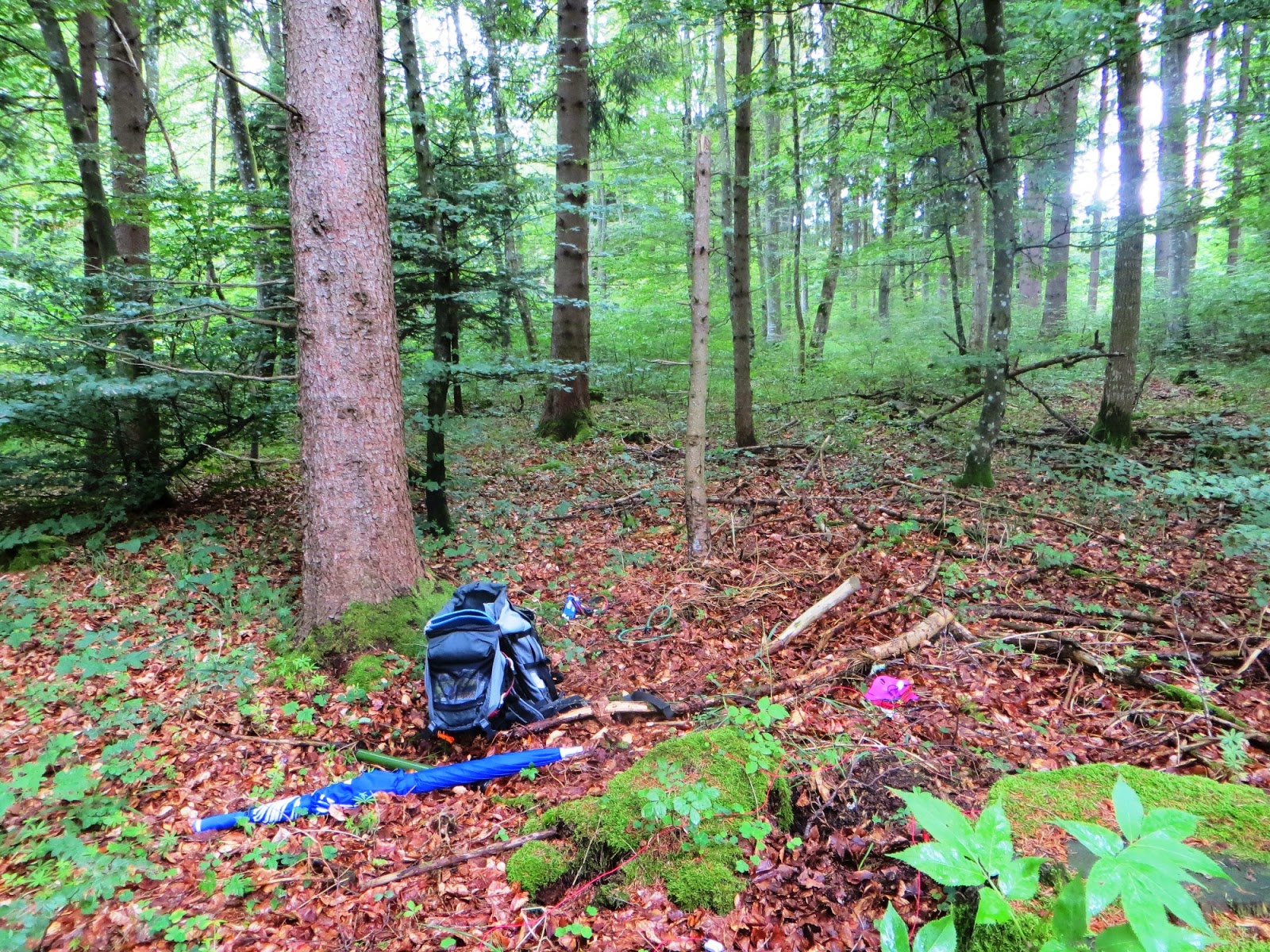 Between us we made 69 contacts and then beat a hasty retreat down the hill in the car... the camera surveillance had made us feel distinctly uncomfortable.

This activation of our final summit of the day was a castle. Indeed none other than the ancestral seat of the Prussian Royal Household. We arrived on the car park as a storm was brewing and made our way up the stepped path with our umbrellas to the "summit" which was the castle gate itself. A tourist bus every 20 minutes takes those from the car park who choose not to walk right up to the castle gates. We used leg power ourselves to obtain another easy 10 points... This was undoubtedly one of the more interesting summits we visited on our European Tour:

No sooner had we set up than the storm arrived making things quite difficult for us. The remaining visitors to the castle trickled down the hill with the rain... You can see in my photograph that I used my walking pole laid across the path to highlight the presence of the coaxial cable from my fishing pole fixed to the safety fence. I imagine during busy periods this is one awkward summit to activate... As it was this was the end of a very wet day and only around ten members of the public passed by during the 10 minutes we remained on the air. At the end of a long, wet day we were satisfied just to make 18 QSOs between us and head back down the path in the storm, absolutely soaked through, like these sheep crossing the flooded road on our exit from the estate: 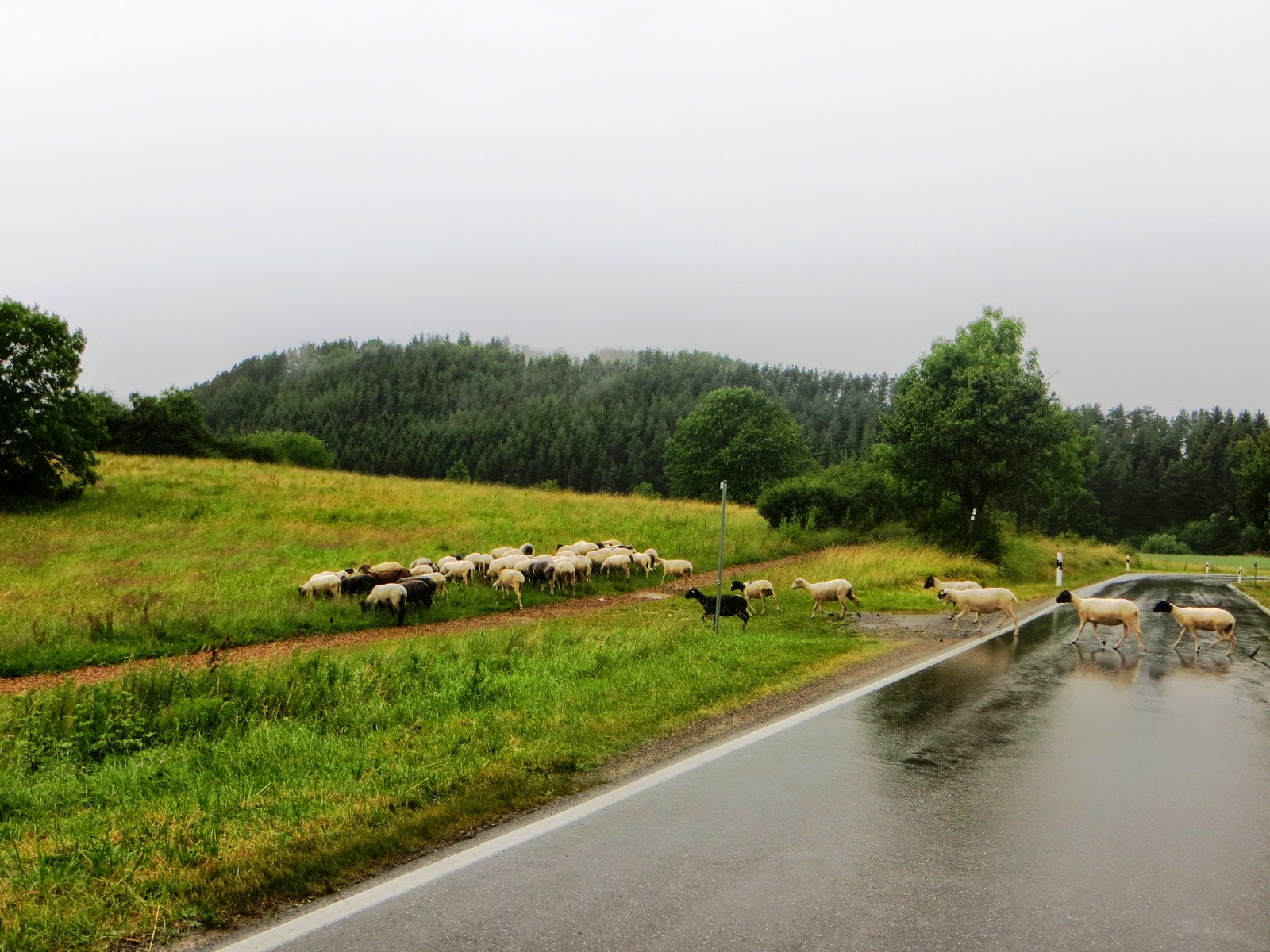 50 points in the day then, with all the work done by Nick G4OOE - driver in his Kia Sorrento 4X4 and Phil G4OBK as navigator aided by my TomTom SatNav and the OSMAND+ app on my tablet.
Posted by Phil G4OBK at 23:59