A drive of less than an hour from our hotel in Wiltz took us to another high woodland in Luxembourg. Now we were near to the German border. We parked inside the activation zone on Kiirchbesch LX/LX-003 and walked along a track into a beech wood.  The two stations were set up alongside the track: 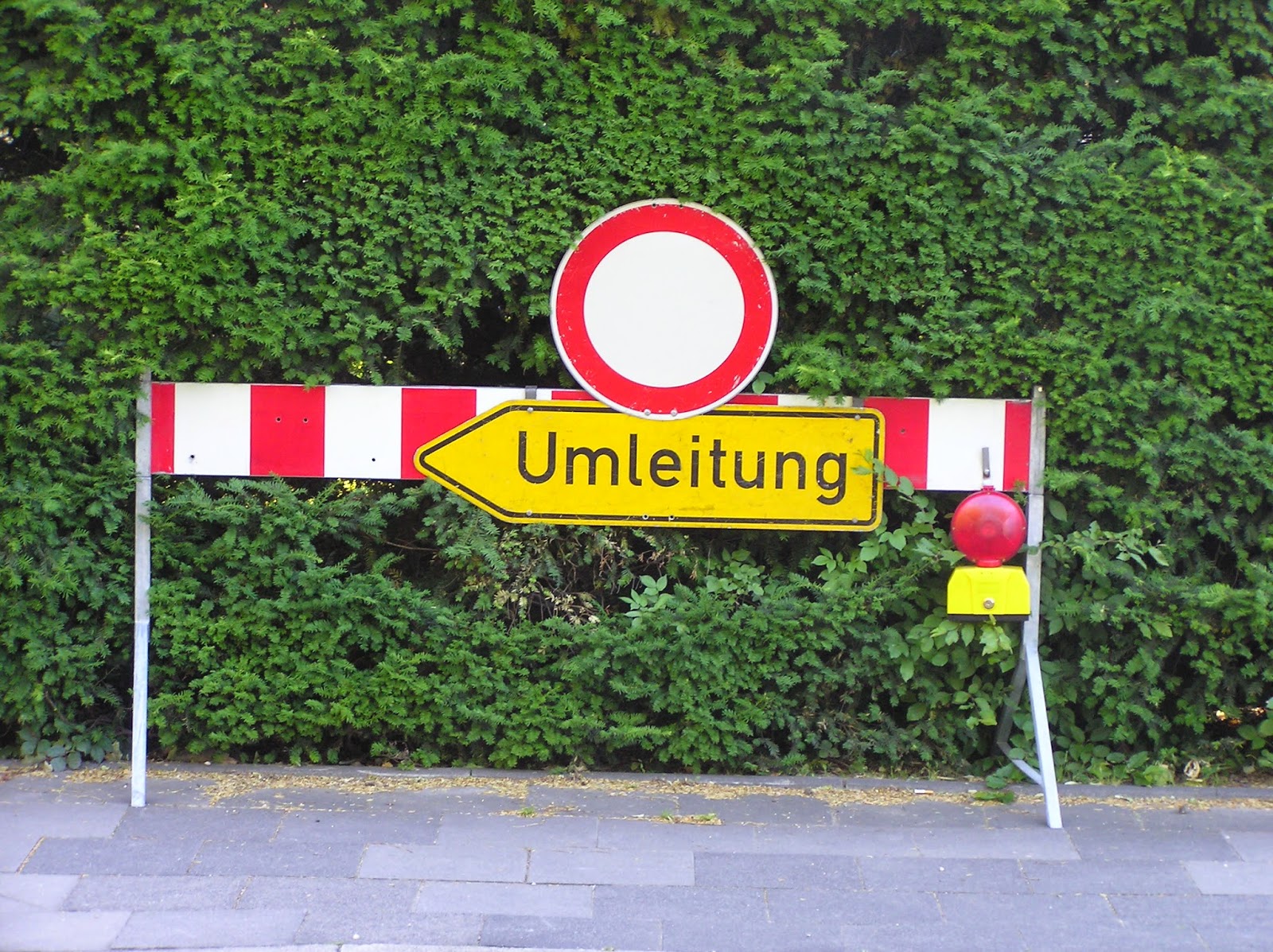 We weren't sure what we were getting, but as we both like Schnitzel we ordered the €8 dish anyway. The meal turned out to be Schnitzel cooked in a pepper sauce and it came with a pile of chips. We were well pleased!

Moving on we came across several road closures. These Umleitung (German for diversion) signs became a familiar sight. In the UK when road closure diversion signs are erected you can often get through. Not so in Germany - if the sign says Umleitung, it means Umleitung, take the diversion. Towards the end of our day we were travelling through a housing area in Deilingen within 2 Km of our final summit of two on the day, Rainen DM/BW-042. After several failed attempts to get through with lots of arm waving from construction workers we took the long way round.  A track into woodland led us into the activation zone and our stations were set up 100m each side on Nicks car.

We made 57 contacts between us before heading to our accommodation for two nights at the Gasthof Adler in the nearby town of Obernheim. The hotel was cheap and cheerful and mine host was most welcoming. The tariff being €65 per night in a twin room.

Our plans for the next two days was to activate as many ten point summits in the DM/BW area as we could on our way to Tettnang near the Austrian border.  Nearby Friedrichshafen has a large exhibition centre similar to our Birmingham NEC and hosts the biggest annual ham radio convention in Europe every year over three days in late June. You can liken it to The Motor Show, but this was event is for radio hams, not petrol heads!