In late August we managed to secure a holiday let four miles from Edinburgh through the AirBNB website. The small cottage was located near Musselburgh and was in an ideal place for activating some of the remaining summits I needed to visit in the Pentland and Lammermuir Hills and in Fife. Firstly though on the arrival day, there was one summit in the Cloich Hills that needed attention, having missed out on going there in 2020. The roads from England were busy due to staycationing UK holidaymakers, and a coffee and lunch stop meant we were only ready to start walking at 3.30pm.
GM/SS-177 Wether Law
I planned to visit here in September 2020 while staying at The Tushielaw Inn, near Selkirk. However, after activating Mendick Hill GM/SS-195 in the morning that day I was struck down with diarrhoea sickness and we had to abort the climb to Wether Law. So here I was again with Judy, back again 11 months later - but with a different route suggested in a QSO I had with Alan MM0VPM, while he was activating Wether Law in June. I went the same way as Alan, approaching from the north west via the woodland on the Cloich Hills. Parking roadside was available at NT 222499 on the edge of the wood: 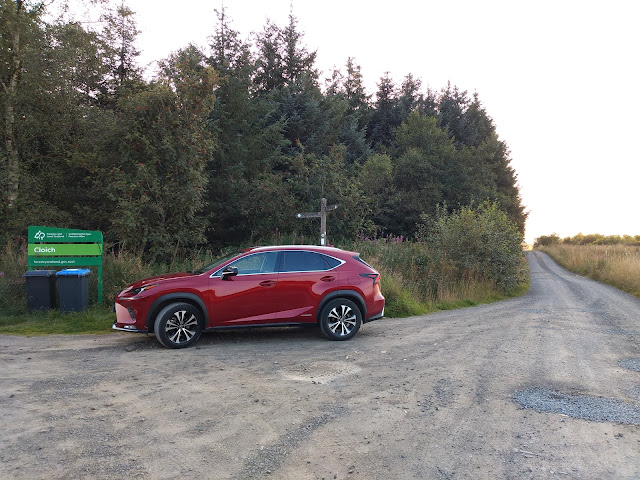 The track goes past the Don Coyote shooting range. Shown below is my return route - the outward route was not good as we missed the "forest ride" leading to the important wall crossing point at NT 200484 and finished up walking by the Flemington Burn to cross the wall at NT 200481 - not recommended. Here is the better crossing point at NT 200484 where a trouser saving fertilizer bag had been put over the barbed wire: 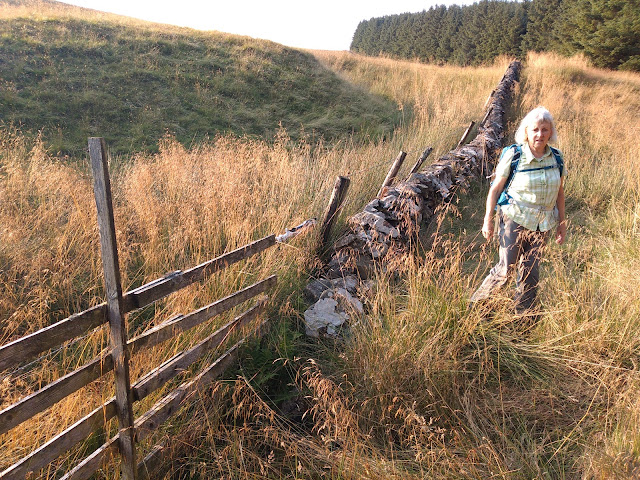 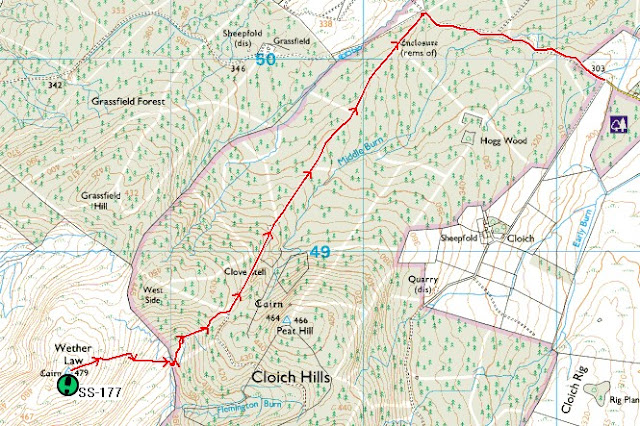 The forest ride we used on our way back leaves the main track at NT 203487 at a small worked out quarry, where a clearing in the trees goes over the quarry and then downhill to our wall crossing point. Interesting funghi in evidence.  MM0FMF reported that there is a better route with less descent / re-ascent if you go via NT 198488 instead. 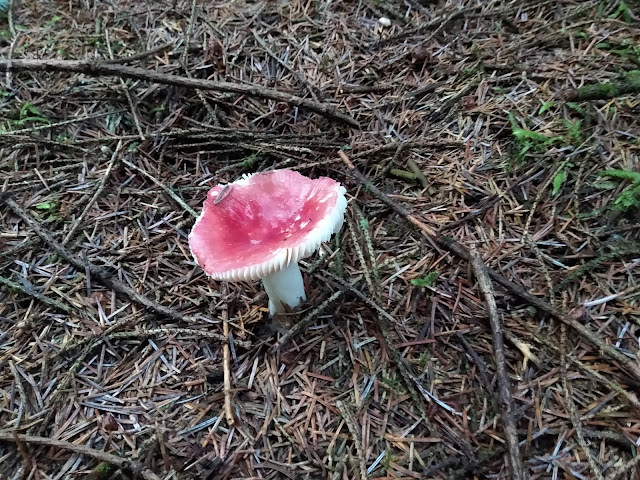 Steep sheep pasture leads to the 479m summit from the wall crossing after leaving the wood. I was carrying my usual HF station - Elecraft KX3, 10 watts, 4 amp Tracer LiFePo battery, 5m pole and dipole. I was carrying a 2m handheld and whip but didn't bother taking it out of my rucksack. Here we are on the summit in lovely warm late afternoon sunshine: 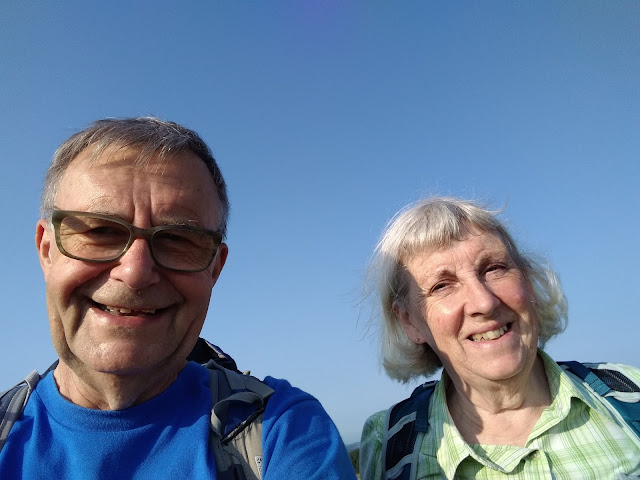 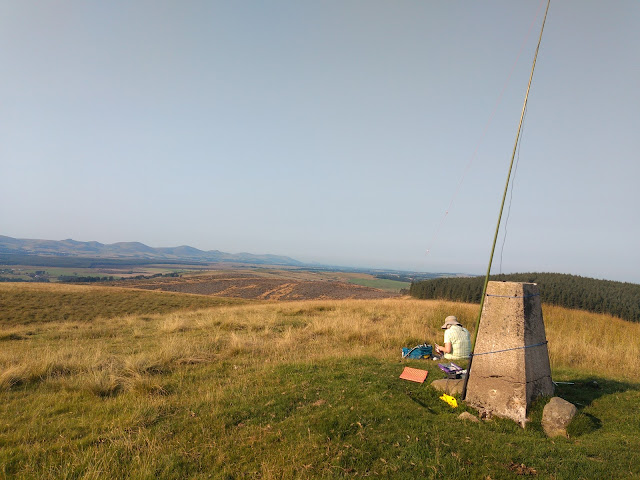 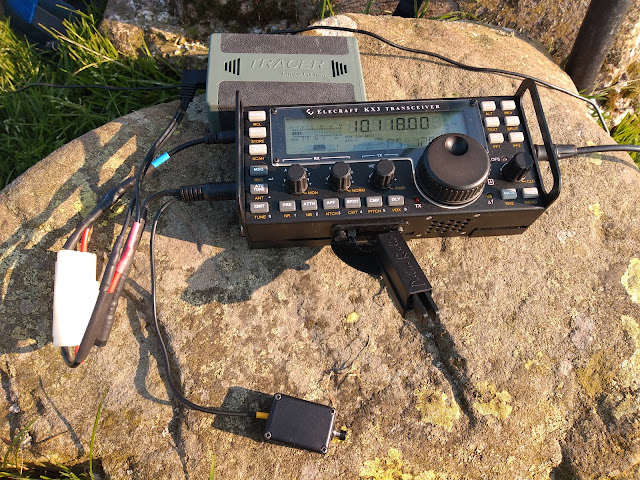 Twenty QSOs (3 X SSB, 17 X CW) resulted between 1604z and 1631z (M0HQO 60m was the first in my log, with the last OK2PDT). We needed to QRT and check into our Air BNB cottage at a reasonable time near Musselburgh with Lauren, who is the owner and daughter of the founder surviving member of the well known Scottish Folk Group The Corries (Flower of Scotland). They both live next door to the rented place.
The walk back on the better route was a pleasure, compared to our outward escapade, taking us just an hour.
Reports on the other seven summits activated that week in the area are to follow...
Posted by Phil G4OBK at 23:59