After the pain of GW/NW-065 Gamallt on the Sunday, Monday found us walking across the Barmouth Estuary railway bridge, and lunching in a leisurely manner at The Royal Ship Hotel in Dolgellau. The ardour of Gamallt had not worsened my sore achilles tendon. It was the same as it was before, so Tuesday dawned as a beautiful day and we made our way to the single parking bay for GW/NW-074, two miles south west of Dolgellau town. A narrow single track public road leads to the parking spot near Gellilwyd Fawr (Farm) at SH 707167. Parking place: 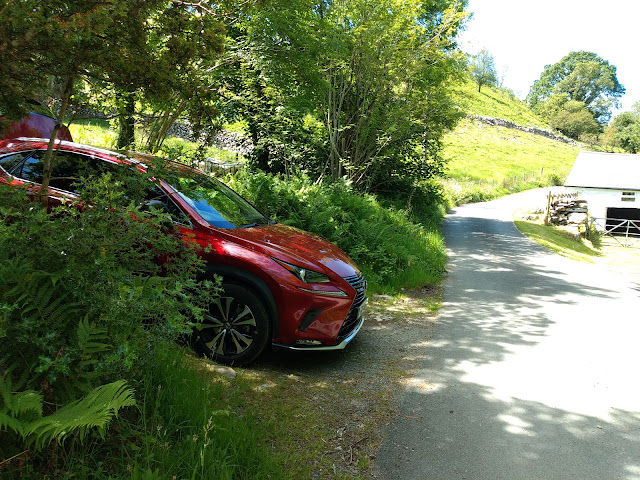 A track behind my car led through a metal gate then swung right on a gradual climb to the summit. Once again I was accompanied by XYL Judy and the Lakeland-Border Terrier Treacle - her second summit in three days - she's almost 14 years old, a toughie who is still climbing well - and on the lead at all times:
©Crown copyright 2021 Ordnance Survey. Media 018/21 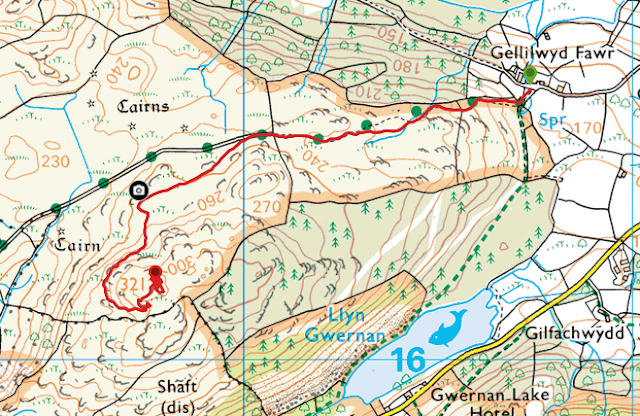 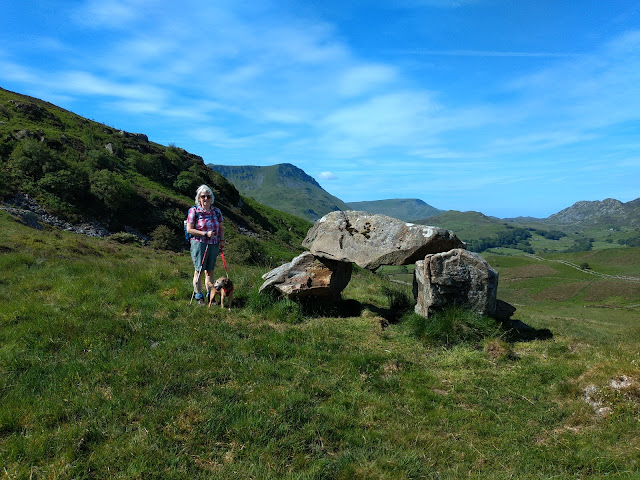 The time taken to reach the mini-top (321m) was an enjoyable 36 minutes, without the need for a "photo stop", as the climb was gradual - this is probably the easiest summit to reach on foot in the area. The coverage on Vodafone was good although the coverage on 2m was dreadful - my fault as I had left my handheld on the charger back at our cottage. I was hoping for a contact with Richard MW1HAX/P above me on Cadair Idris GW/NW-009 who was on the air just above me, but it was not to be and entirely my fault... 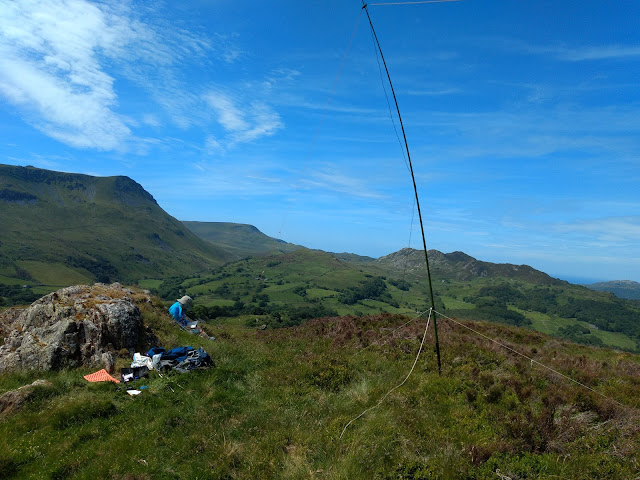 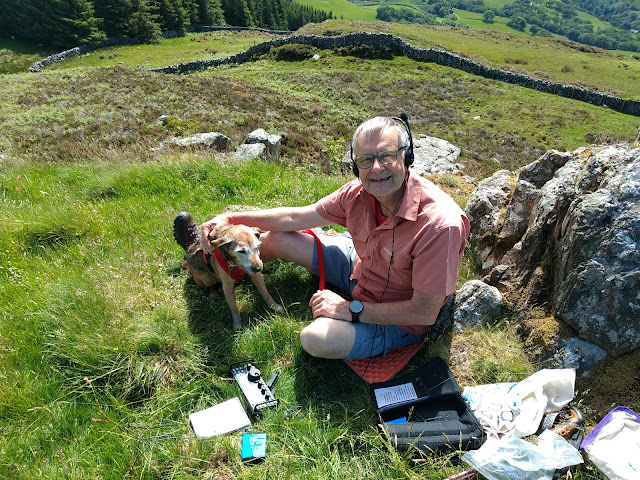 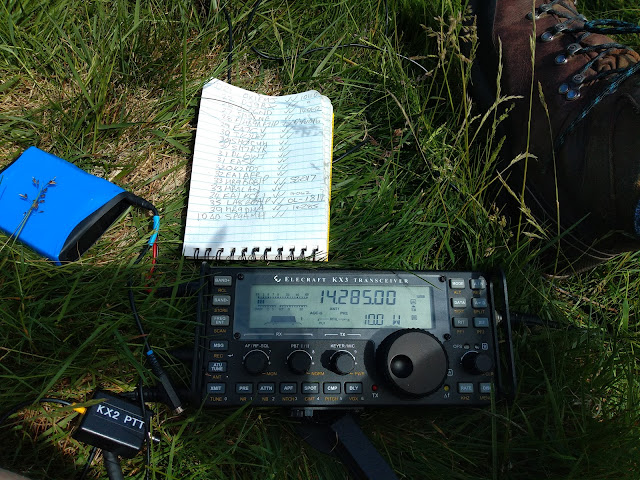 The usual dipole was deployed on a 5m travel pole - 60m through to the 20m bands were used with the band conditions in my favour, finishing with 42 HF contacts - 8 SSB and 34 CW.  A stroll back down and then a drive to the other side of Dolgellau to a car park with toilets and picnic tables which was the start point to our afternoon summit activation of GW/NW-055 Foel Offwrm.
Posted by Phil G4OBK at 23:59