A 55 mile drive from Grey Hill via Ayr and Irvine brought me to the parking place by the A760 near Largs, for GM/SS-220 Blaeloch Hill, on which Kelburn Wind Farm is located. The parking place is located adjacent to The Clyde Crematorium which looked quite new. There is no vehicular access to the site for the public, however a bridleway gate is fitted by the locked gate for horse riders, cyclists and walkers, who are encouraged to access the site for leisure purposes. 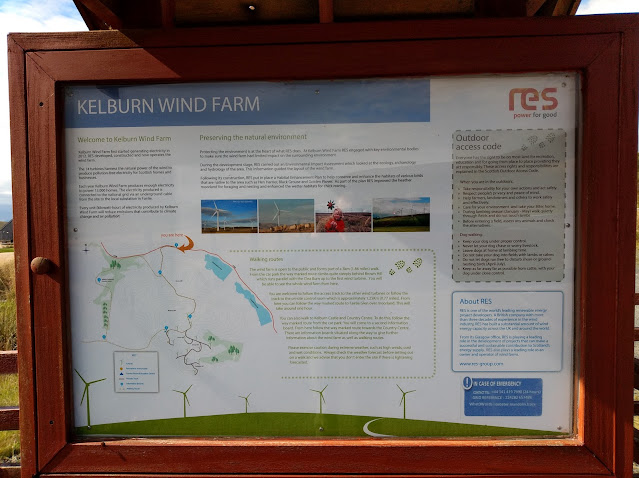 The plan was to activate this summit via bicycle with the last section over the moor on foot. One way this was two miles by bike and about 600m on foot to reach the highest point which was "trigless". The ride up on my Bergamont e-bike took me 14 minutes and the walk just 7 minutes. I bought the bike over two years ago and apart from one SOTA ride to activate Round Hill G/TW-001, it has just been used for social riding around where I live. The bike is standard as it came out of the factory, except I fitted a saddlebag and a pair of Schwalbe Smart Sam tyres, which are more suitable for the types of tracks and terrain I need to ride on. I carry the radio, antenna and battery in the saddlebag and transfer it to the rucksack when I leave the bike. I was pleased to finally use the bike to bag some unique Scottish SOTA Completes. As a very active Chaser the only contact I had with SS-220 was with Helen MM0YHB/P in July 2014 on 40m SSB - this was despite the summit already having been activated 32 times prior to my visit. After the ride up I locked the bike up on the ground near the turbines and proceeded on foot to the small cairn on the summit, which was able to support my 5m pole and link dipole: 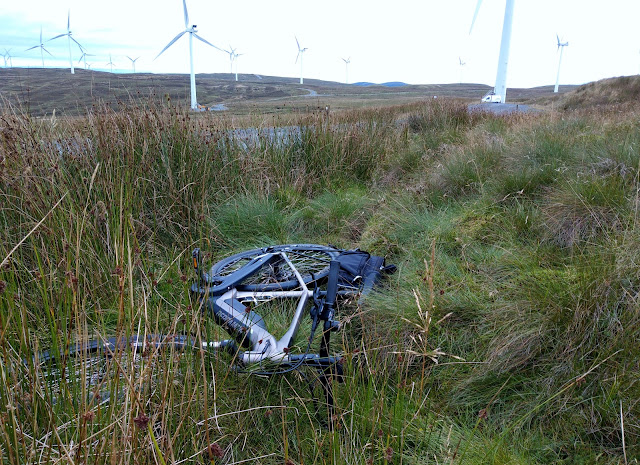 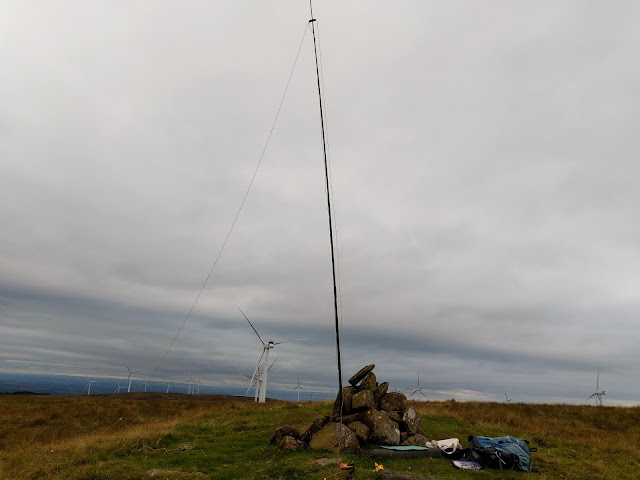 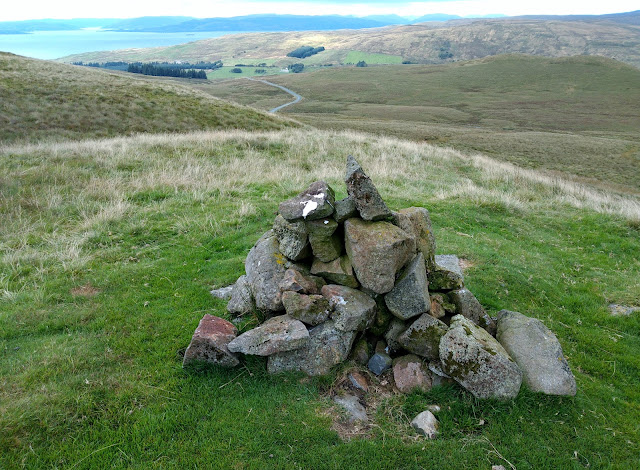 HF band conditions were fair - 25 contacts were accrued in 30 minutes on 60m, 40m and 30m in CW and SSB. I cut the activation short as I had another wind farm summit to go to - Corse Hill GM/SS-236, which is a few miles from East Kilbride, and a 38 mile drive from my location. Once again, Victor GI4ONL was my first contact: