The summit of Blackcraig Hill SS-070 lies to the north and is on the opposite side of the Afton Valley to Windy Standard SS-071, which I activated two days previously. This was the first activation of the summit in 2020. 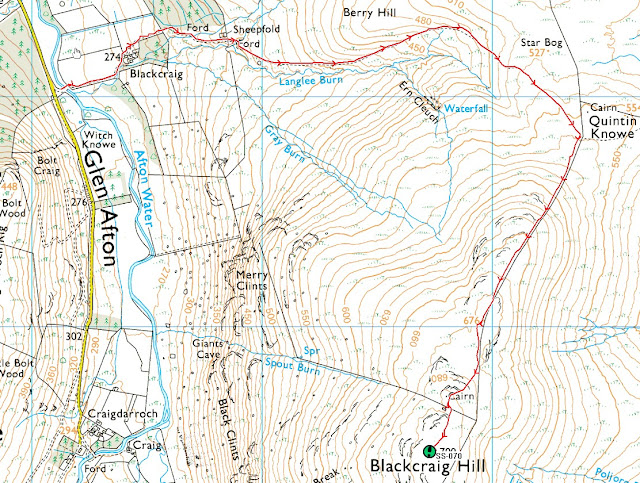 ©Crown copyright 2014 Ordnance Survey Media - GPX track can be downloaded from the SMP
Our car was parked to the side of the access track to Blackcraig (farm) just off the Afton Valley road. For the most part once beond the farm the track is graded almost as far as Quintin Knowe which suggests that another Wind Farm may be planned up here for the future - there is already one located on Hare Hill 2 Km to the north of Quintin Knowe.
Once the gate is reached at Quintin Knowe the fence is followed to the right until the large summit cairn is seen. This is within the activation zone, however we went a little further and climbed a stile which took us some distance away to the trig point. The trig point was open at the top with sufficient space to support my 5m fishing pole inside it: 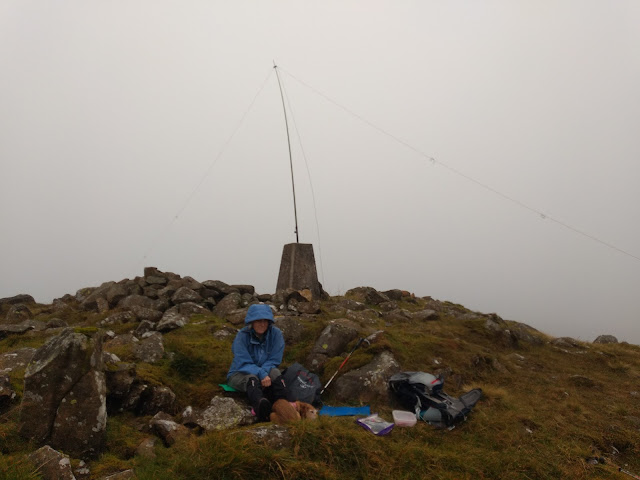 The summit is not particulary good for VHF and only one contact was achieved - this was a good one though, to Derek G1ZJQ/P who was on G/SB-007 Tosson Hill. 40m and 20m CW were utilised until the rain started so without any cover to protect my KX2 I closed down with 20 contacts in the log: 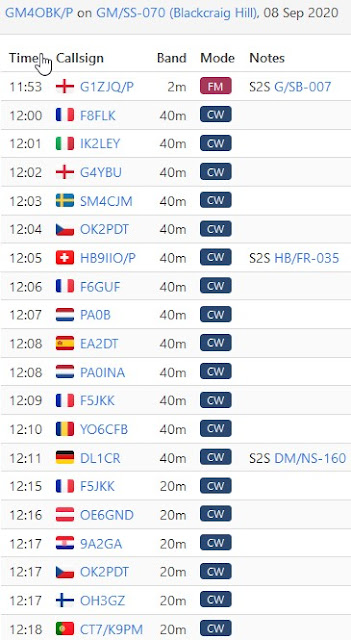 Elecraft KX2 with 8 watts to an inverted vee link pole
Posted by Phil G4OBK at 23:59