I had planned to activate three summits in the Borders area over two days this week, however accommodation at the Tushielaw Inn near Selkirk was unconfirmed the day before I travelled so I decided to go west into Dumfries and Galloway and activate some unique summits there. I booked an accommodation in the right place the day before I travelled which was good and cheap for the solo traveller, so off I went...

GM/SS-238 Bengray
The C class road north from Gatehouse of Fleet led me to the parking place for Bengray at Laghead Bridge. A core path leads from here to Loch Whinyeon. 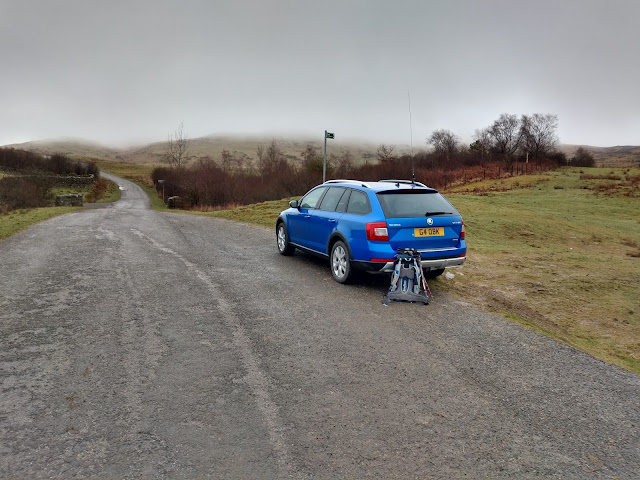 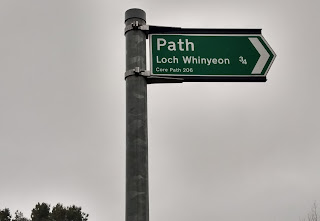 I used the core path for about a half mile before heading off on uncharted territory towards Bengray over the top of Benfadyeon. I used occasional quad tracks before reaching the fence and wall where I turned up to follow right to the highest point. I stopped at the wall outside of the wood and well within the 25m drop activation zone - noting that the contour spacing on the 25K OS map in this area is 5 metres.

I made one single contact on 2m FM - with Derek 2E0MIX  in Cumbria. This was not surprising as I was using a VX-170 with the RH770 whip. 40m was rather disappointing and I closed down after 13 contacts on that band: 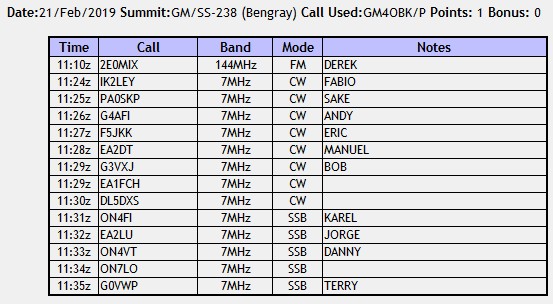 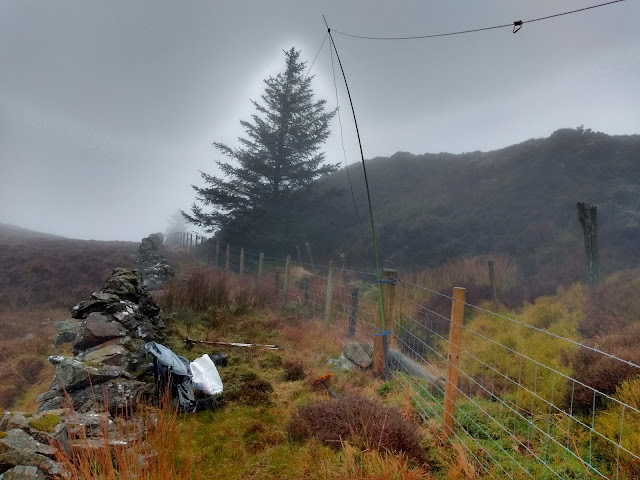 Visibility was poor in mist both ways and I returned via a slightly different route avoiding the climb over Benfadyeon. Looking back a better route may have been possible via Burnt Mound: 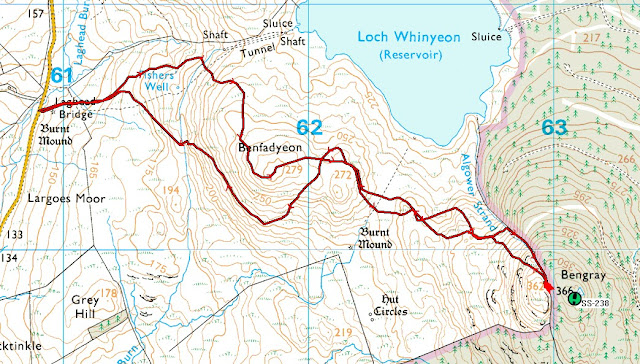 A short drive took me to the track leading to SS-245 White Top of Culreoch. 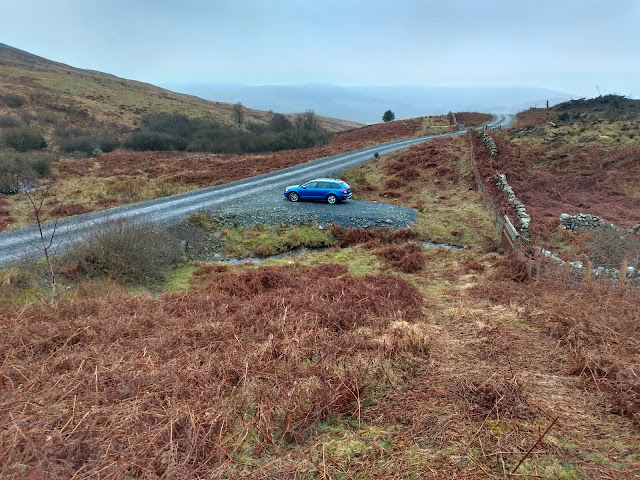 An excellent graded forestry road with no restrictions or gates took me to NX602624 where there is a parking bay and turning point, pictured above. 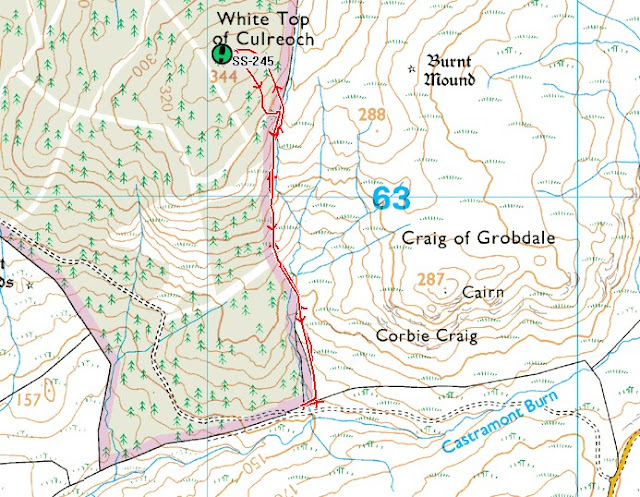 The fence and wall was followed until the summit was neared where the fence was climbed at a strainer post. The forest was felled some years ago and as the top was neared the remaining brash was encountered for a short distance.
A call on 2m with the handheld netted two contacts into Wales. HF was fairly successful with a further 20 contacts: 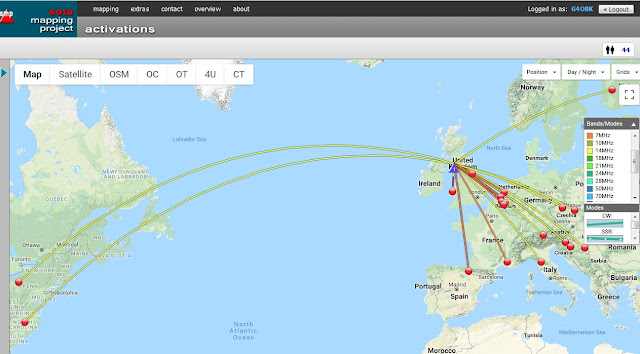 There was just time to reach Pibble Hill and activate that summit before going to my accommodation for the night in Creetown...

The summit was approached from the south from parking near the cattle grid on the Corse of Slakes Road NX525584. There was no recognisable path, just a boggy moor with the occasional faint quad track to follow, never too far from the substantial stone wall on the left.