The morning activation of IB-007 Talaia de Sant Joan was completed in CW only - due to the failure of my FT-817 microphone insert. I did however work Don G0RQL cross mode on IB-007, with me sending a message to Don in Morse and receiving a reply from Don in Phone on the 20m band. I decided therefore to warn chasers of my intention to try this technique again via a self spot on my afternoon summit of EA6/IB-001 Roca Grossa, and hoped that more stations could be worked this way....

Over an hours driving from EA6/IB-007 took us beyond Ibiza Airport to a car park in the village of Sant Josep de sa Talaia where we enjoyed a sandwich and beer in a village cafe garden for our lunch before climbing up the hill in the warm October sunshine.
We set off walking through a residential area and found a path climbing around the back of a house through woodland in the direction of the summit. It turned into a very straight forward gradual climb on a well used path, although we saw no other people until we reached the summit, where there were a few folk who had walked up via a different route to us.
On the way up there were clear views to the salines - the salt beds and marshes that lie between Ibiza and Formentera, where we would visit for an activation later in the week. 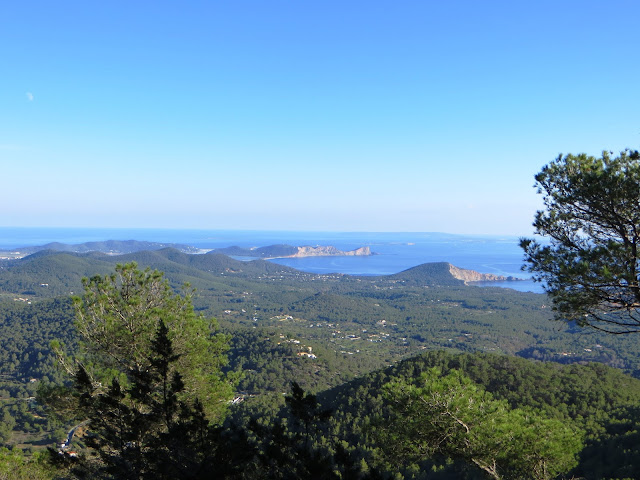 There were no views on the summit - it was covered in pine trees, trig points, antennas and compounds. I chose to set up amongst some tall pollarded pine trees, and used them as tie off points for the ends of my dipole. 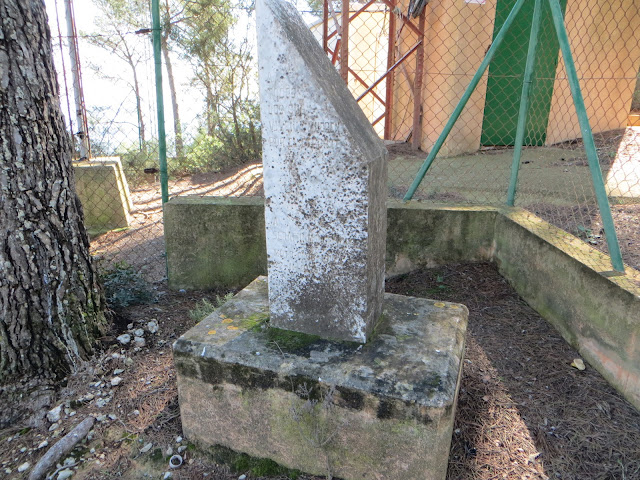 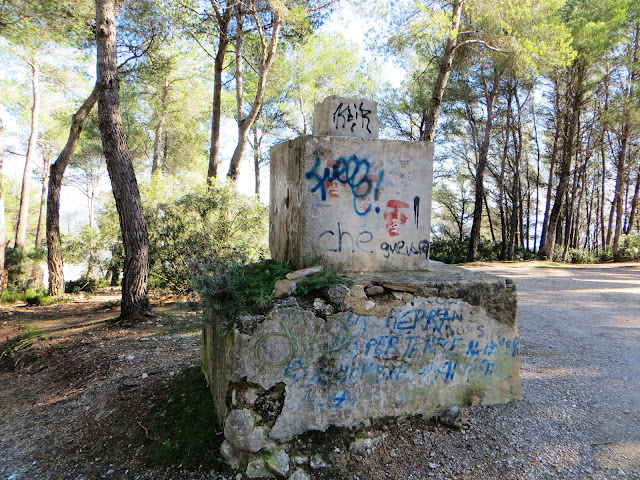 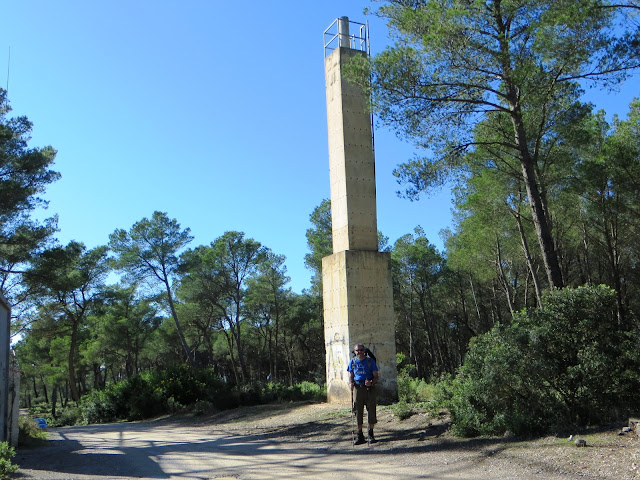 It was a lovely day and it had been an enjoyable walk up from the village. Whilst Judy got out her Kindle to read in the shade of the pine trees I set up my station for a 50 minute operating session on 20m (27 Qs), 30m (G3NYY & OE7FMH only) and finally 17m (10 Q's). First station logged was my friend Roy G4SSH and best DX were contacts with four stations in the USA. Due to the failure of my microphone cross mode contacts were completed with G0VWP, G0RQL, M3FEH and M0MDA. Seemingly only these four English stations who rarely, if ever, use Morse Code in their usual operating style were desperate to give the unusual way of completing a contact a try and it worked for them! I made a single summit to summit contact with S5100ISONZO who was on the highest summit in the S5/TK region in Slovenia.

Job done we walked back down the same way as we had come up to return to our hotel at the other end of the island in Cala San Vicence, stopping for fuel on the way back at one of the few filling stations on the island.
Posted by Phil G4OBK at 20:30