Over the past year I have been part of a team along with four other members of Ryedale Walking Group (RWG) taking part in the survey of more than 1000 miles of public rights of way in some of the 97 Parishes in Ryedale, our area of North Yorkshire. This means that every right of way will be walked by someone interested in keeping our network open in the whole of Ryedale's 97 Parishes. If access is not possible on any footpath or bridleway it is reported to North Yorkshire County Council and the relevant Parish Council.

As an affiliated group of the Ramblers, RWG are providing assistance to a team of around fifteen people undertaking this vital work for the Ryedale Ramblers Group, of which I am also a member.  We hope that in the long run, our work will lead to improvements being made to the deteriorating footpath and bridleway network in North Yorkshire.

Completed Parishes surveyed by RWG Members so far have been:
In all these Parishes every single notated footpath and bridleway on the County's Definitive Map has been surveyed, creating a standardised record for each notated right of way.

Problems have been recorded and submitted to the North Yorkshire County Council Rights of Way Team and to Parish Council Clerks.

The exercise in our area has so far shown that the authority responsible North Yorkshire County Council, apply their limited resources to the "honeypot areas" of the Howardian Hills (ably assisted by the AONB administration).  Apart from the occasional isolated problem, the public rights of way north of the A170, which lead up to the North York Moors National Park, are also fairly well maintained. Other areas however, are often neglected, with landowners deliberately obstructing rights of way in some cases, without being challenged. We have found bridges missing or too dangerous to use, gates chained up and many rights of way have been deliberately fenced across. One footpath in Normanby even has a grain silo sited on top of it, blocking the route and in another place in Normanby a footpath has been turned into a "private" garden and fenced off.


Parishes currently being surveyed by RWG Members in May/June 2014:
In early May we surveyed the parish of Welburn (Kirkbymoorside) discovering several footpaths of great interest in fine condition. All bridleways and footpaths inspected were in good heart, with just one obstructed footpath found on the border with Wombleton Parish. If only all Parishes paths were as good as Welburn.

The total network in Welburn can be covered by one single 8.5 mile walk without doubling back, so this walk will feature in the RWG Autumn Walk Programme. Here is the likely route, marked in blue on the map: 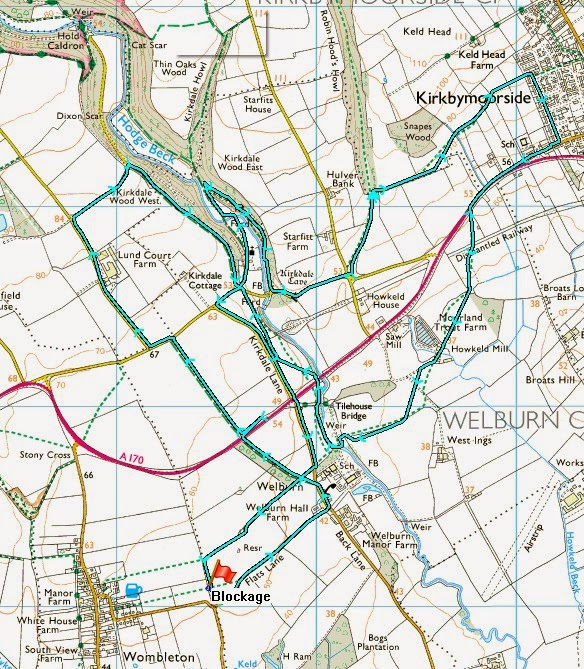 The route passes close to Welburn Hall School, (pictured below) where we will pass through this five barred gate into the grounds. We will then cross the bridge over Hodge Beck and then turn right to follow the beck back to the A170. 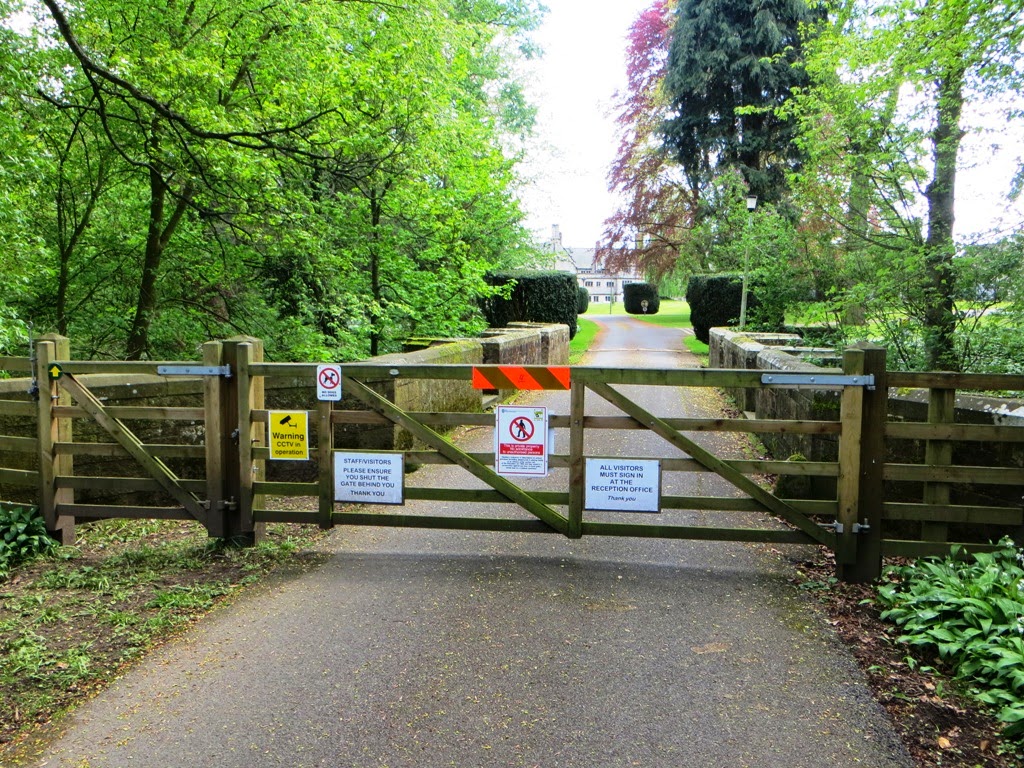 We should all value our rights to walk in such beautiful surroundings in North Yorkshire, so I hope that the footpath survey we are undertaking will in time improve and reopen those parts of our network that are closed off, and so help us to maintain those rights.

Best wishes and thank's for reading this,