It was late on an August Thursday afternoon when I climbed Arthur's Seat, thinking that by around 4.00pm it would be quiet. I was wrong. Due to Covid restrictions and a rockfall on one of the access roads, some of the car parks and roads near to the summit were closed: 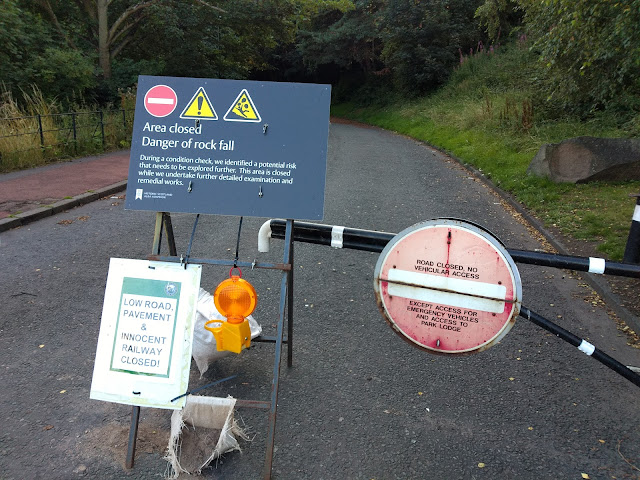 The road closure was from beyond the Duddington Loch Car Park where I parked (NT 282727). Just before you enter the small car park on the right hand side, a path leads to a set of stone steps. This is a good path to take to get you quickly to the summit: 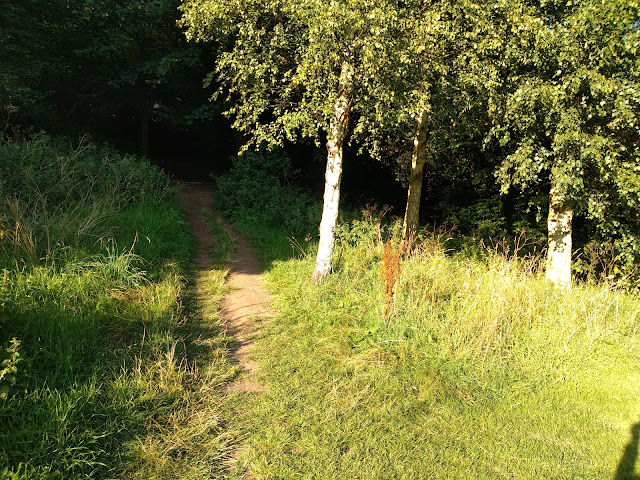 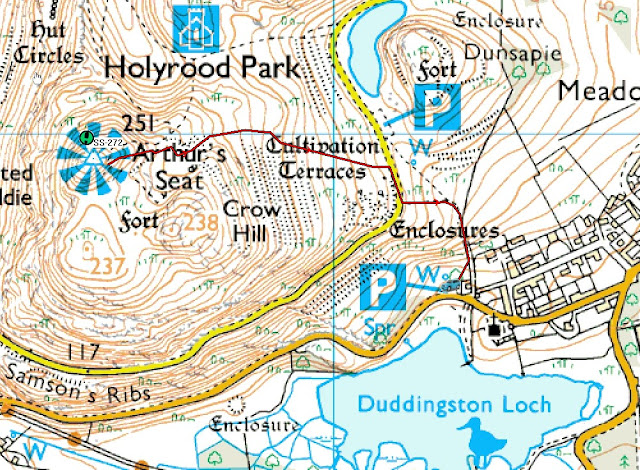 The summit and sides of the hill were overrun with folk enjoying what was a lovely afternoon, so after visiting the trig point and topograph amongst the people, I dropped down the side of the hill to the highest placed gorse bush on the eastern side, around 15m down from the trig point. This was higher than the chain link fence near the path and away from most people using the main path. I planted my 5m pole inside the gorse bush and used the bush for cover from the people that were making their way up and down the hill on the eroded hillside, rather than using the stoned footpaths for that purpose. This meant from time to time the public were passing within a few metres of my dipole. Some were asking questions to find out what I was doing. Most were young, non-British and wearing those flat soled plimsoles that seem to be the fashion these days. Lovely far reaching views from the summit and its flanks: 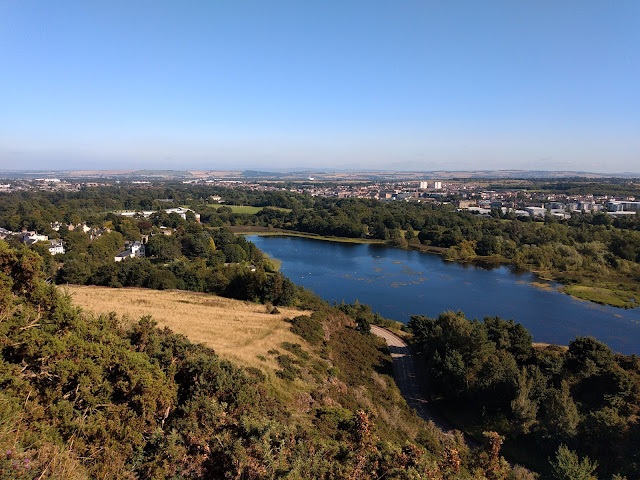 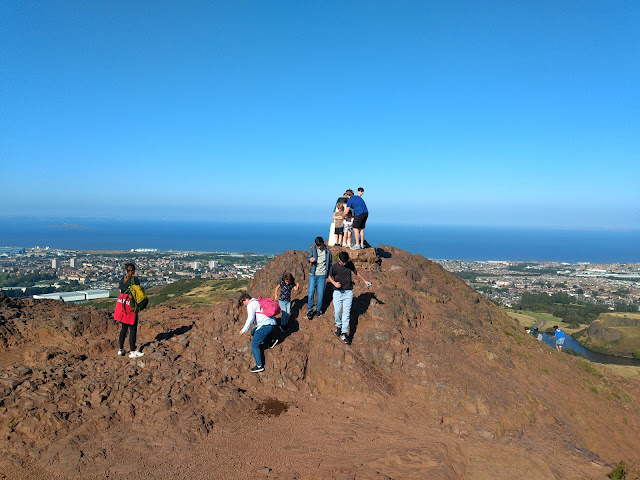 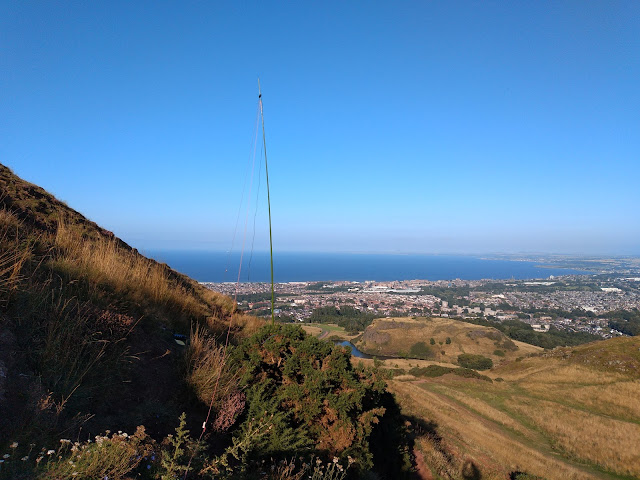 Due to the number of people and the discomfort sitting on the side of the hill against the gorse bush, I kept my activation time short concentrating on the 60m and 40m bands for just 25 minutes, making 28 QSOs, including on S2S with Mikel EA2CW/P on EA2/VI-040 on 40m CW. Going down only took me 17 minutes, and that included a discreet comfort break en-route. With all the people around it is hard to find anywhere to "go" on Arthur's Seat. I did get written permission from Historic Scotland to transmit from the summit. I wasn't challenged however on the day. The document received by email is reproduced here: 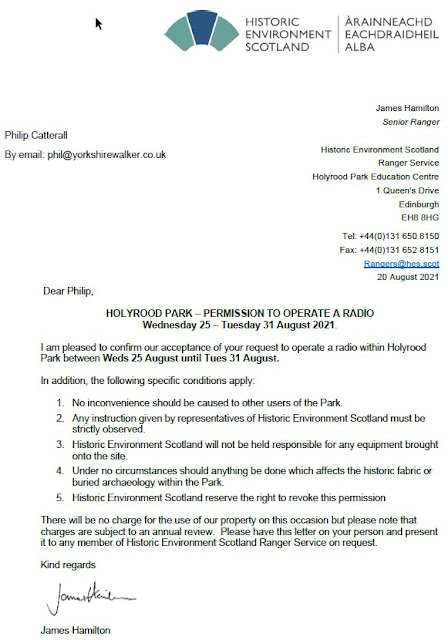 I made a short video from my operating position:
Next day I went to activate Scald Law GM/SS-125, more on that activation next....
Posted by Phil G4OBK at 23:59