We parked for Windy Standard at Afton Valley Filter Station NS627056 for this afternoon activation. An uphill path leaves the track going to Afton Reservoir 250m from the carpark: 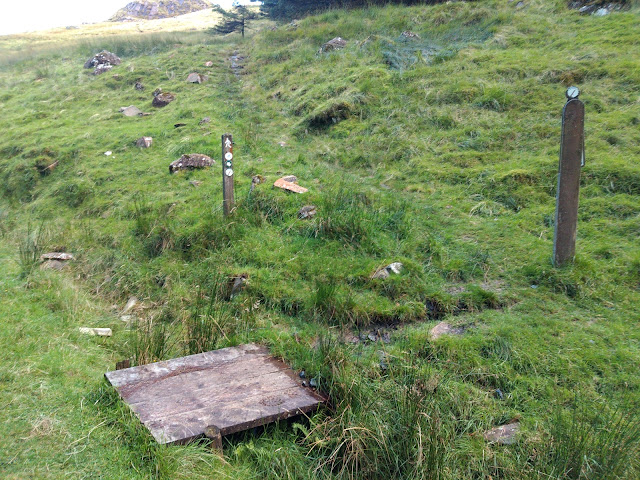 We passed this unusually shaped fir tree on the slant path to the service road: 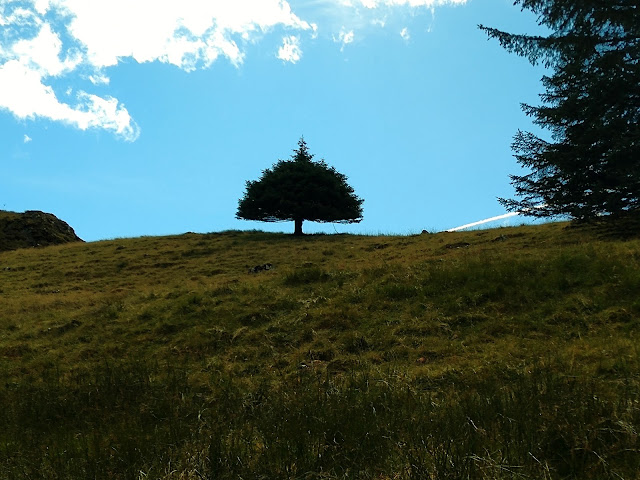 Soon the wind farm service road was reached and followed over Lamb Hill and Wedder Hill. 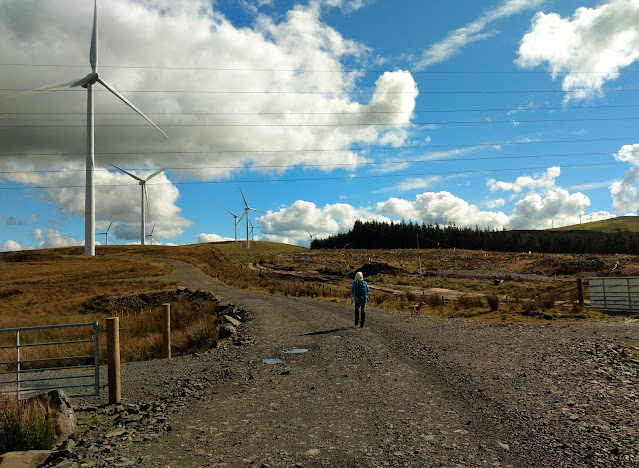 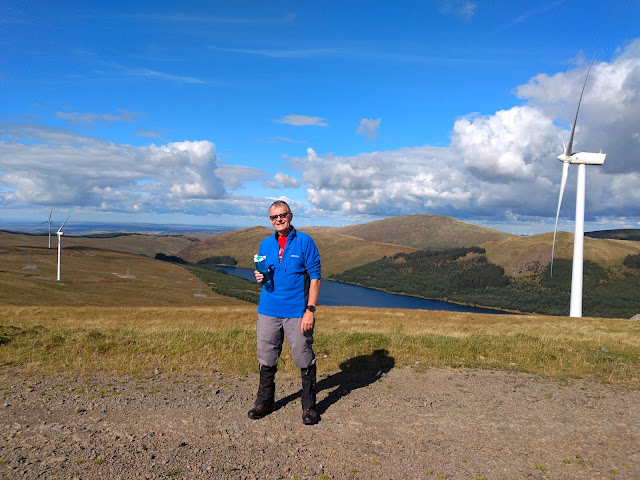 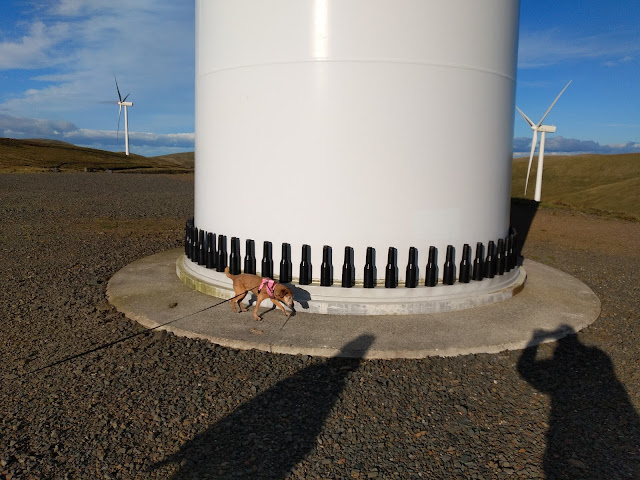 Treacle at a wind turbine base - our cross Border Lakeland Terrier
At Millaneoch Hill an easy to climb fence at NS630021 was overcome and then the same fence was followed up Blackgrane to the Windy Standard Wind Farm, a most appropriate name for the facility! Once again a service road was joined for a short distance, before the trig point at 698m is seen on the top of the moorland: 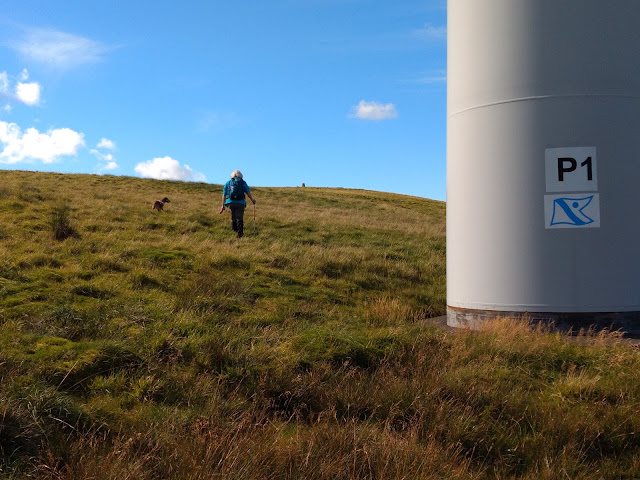 The final approach to the summit trig point was over grass

The station was set up and qualified initially on 2m FM with six contacts using my Yaesu FT-4X handheld and RH770 whip. Being Sunday on a site with good VHF take off in all directions there was plenty of activity with contacts into Cumbria, and Annan, but the most appreciated VHF contact wassummit to summit with Jack GM4COX/P on Ben Cleuch GM/SS-059: 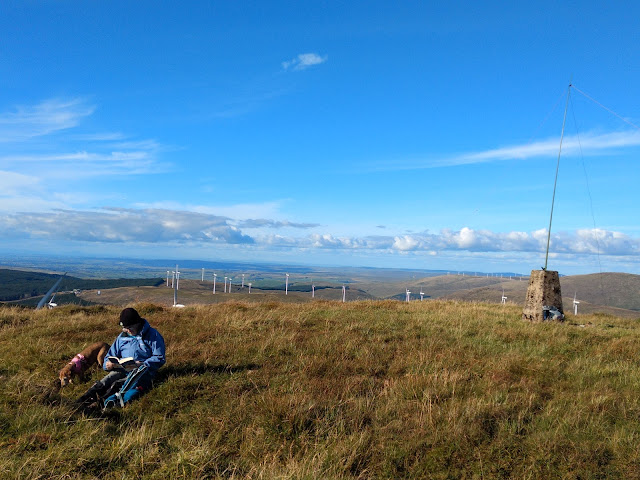 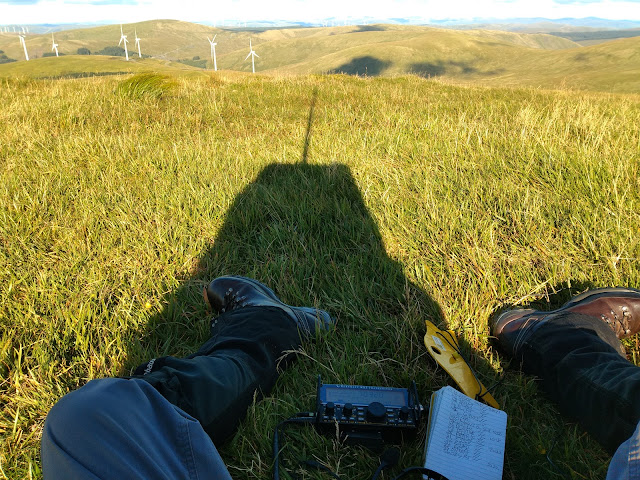 I operated for 40 minutes on 2m FM and 20m, 30m and 40m CW and completed 27 contacts, the furthest being Jean-Paul, AB4PP in North Carolina.  Station used was Elecraft KX2 and link dipole on a 5m pole. After a successful and comfortable activation we set off back, making a slight variation in our route around Wedder Hill (GPX file can be downloaded from the SOTA Mapping Project and SOTLAS): 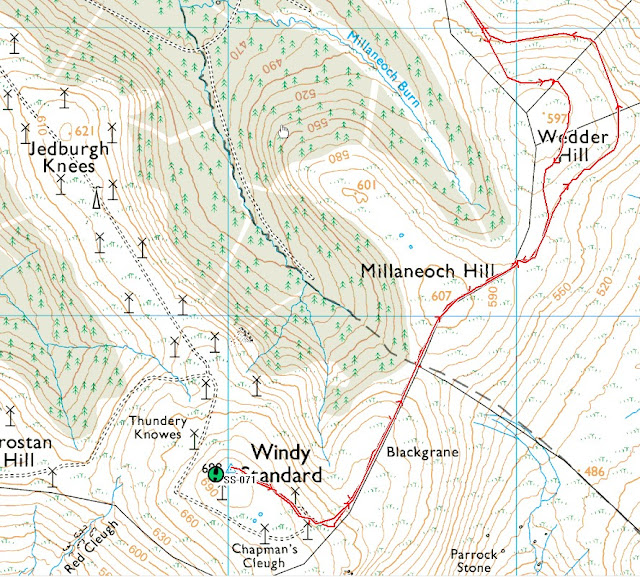 ©Crown copyright 2014 Ordnance Survey Media
Note this map is from 2014 and does not show the Wind Farm access tracks
The descent track was further but it saved going up and down Wedder Hill...
Posted by Phil G4OBK at 23:59