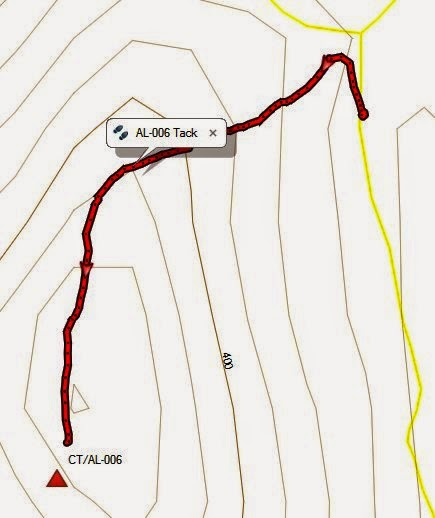 We drove to Salir and then took a rural road north to a road junction, parking on some rough land opposite a steep uphill earth track to the summit.  We walked 700m to reach the trig point in less than 20 minutes - the ascent was less than 200m.

The huge trig point had steps fixed to the side and a pole integral with the top so there was no need to use a fishing pole to support the inverted vee.

Propagation was good and the weather was settled so an hour was spent on the air. I started on the 30m band and then worked up to 20m, finishing off on the 17m band before I closed down.

After leaving Serra da Salir we went into Salir and found a cafe for some refreshments and then headed east to meet the main N2 old road which goes through the mountains eventually reaching Lisbon. The summit plateau is shown as Pelados on maps. I drove across it before I turned back to find a suitable operating position off the road that was away from several antenna installations and overhead power lines. This was where I ended up 50m off the road: 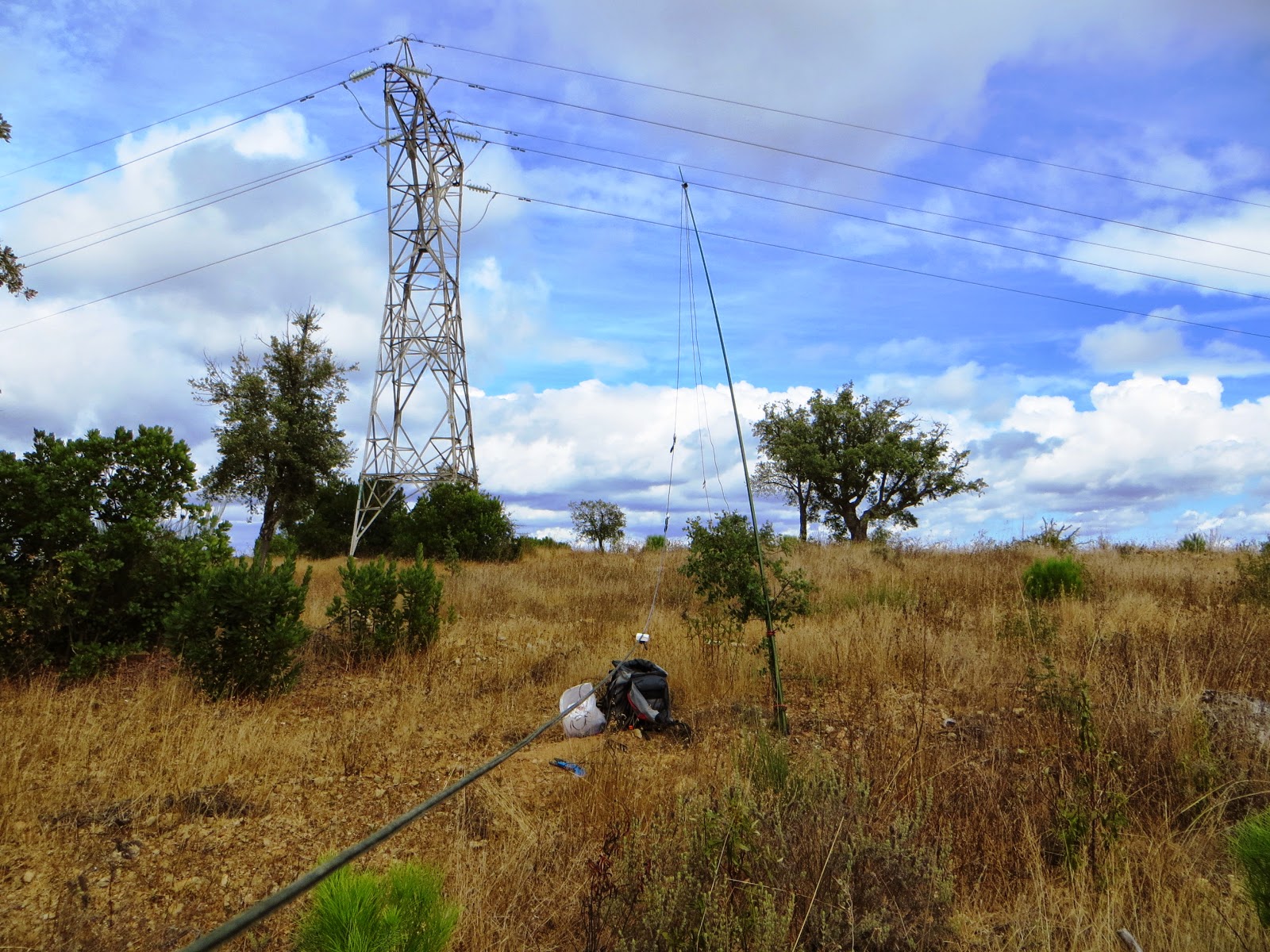 There was a fair amount of passing traffic and a few drivers blew their horns and gave me a wave as they passed, friendly people the Portuguese... Propagation was dissapointing - the HF bands had the "middle of the day blues" it seemed, so no pile ups and only 20 contacts resulted on all three bands used - 30/20/17m in both modes. The high point was working my friends Barry M0IML/P and Alan G4VPX/P on the highest English Mountain - Scafell Pike. Then Heinz HB9BCB/P was worked on HB/BE-102.

I was wasting time calling CQ to no avail on 17 metres so after five short fruitless calls (that is usually my limit once I know I have been spotted on SOTAWatch) I packed up to head for the Baixo Alentejo Region and CT/BT-001 Serra de Mu...

The highest two summits in Algarve are "drive on activations" and so was BT-001, which was a half hours drive away and well worth activating.


I enjoyed the drive on the rural back roads to the wind farm with the large watchtower that is Serra de Mu. The Seat Ibiza we had hired was perfectly suited to our needs - it did well over 50 MPG.
There was a huge watchtower on the other side of the main road from where I parked the car - unfortunately I did not take a photo of that. From the car park I walked up a track for about 200m to the next wind turbine and set up my station beneath it. I know some operators have reported interference when operating in wind farms but so far I haven't experienced any.

Band conditions had now improved and I continued operating in the same vein - starting with Morse on 30m before moving up to the 20m and 17m bands. The same staions were coming back to me on every summit, the most prolific being Terry G0VWP, Roy G4SSH, Don G0RQL and Colin G4UXH (Now SK). I appreciated the following. It seemed that the daily alerts of my activity on the SOTA Reflector and Spots pages were helping progress to a full log book...