Firle Beacon is one of the SE SOTA Summits that lie on the South Downs Way, which is a 100 mile long National Trail. The bridleway here is used by people exercising their horses at speed, and two came towards me on the bridleway: 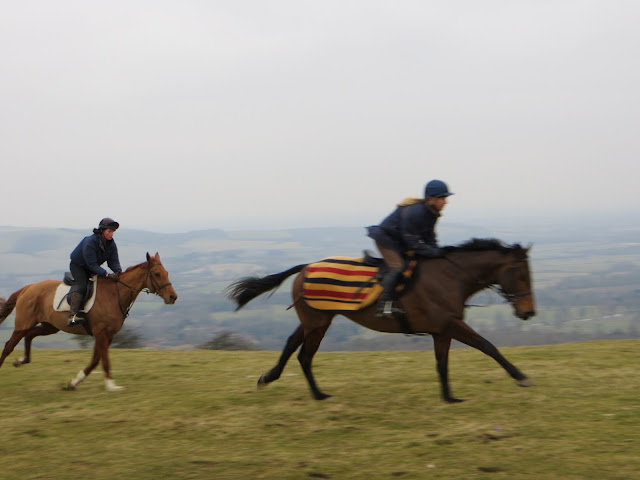 I parked at TQ 4677 0586 and walked to TQ 4823 0594 where I set up my station by a gate, 300m from the trig point and 12m below it in height.  Roy G4SSH was waiting for me and gave me my first contact on 30m CW. Conditions were better on that band than on 20m, where only 3 stations were worked on CW. SSB was tried to no avail, no one came back to CQ calls despite a self spot, done using the Rucksack Radio Tool App. 31 QSOs in 28 minutes - I was quite happy with that using QRP, so I packed up and returned to my car. 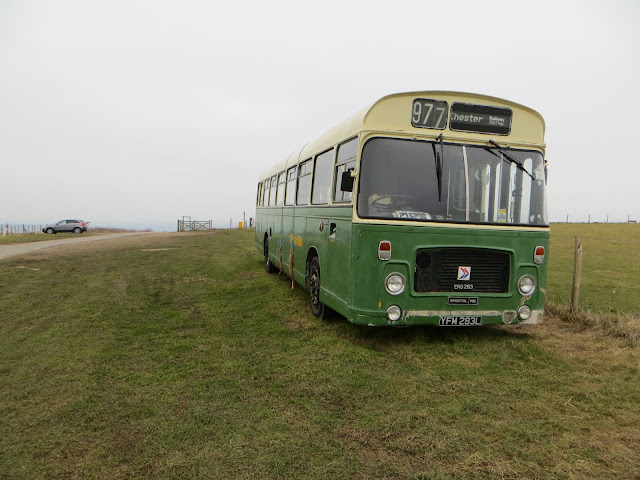 This old Crossville service bus had been converted into a "camper van" of sorts and was parked up with the curtains closed at the parking place for Firle Beacon. Whoever owns it obviously has an alternative lifestyle than most of us!

Once again this summit lies on the South Downs Way National Trail. I parked at TQ 5318 0322 on a designated (albeit rough surface) car park. A rising track goes over the escarpment and I left the main trail at TQ 5403 0345 to walk a further 1 Km to reach the trig point.


Ken GM0AXY beat Roy G4SSH into my 30m log on this summit. When I moved to 20m I tried some phone and worked Mike G6TUH and four more on that mode. Total contacts 29 in less than half an hour...

Completely unfamiliar with this area I bypassed Brighton and several other towns using the A27 until I arrived in Worthing, where I stocked up at a Sainsburys supermarket on Lemsips, Coca Cola and fruit. From there I went north on the A24 beyond Findon. I parked on the western side of the dual carriageway up a side road. Once safely across the busy road I again used the South Downs Way to access the summit. At this point I was thinking this would be a great SOTA Tour to do on a mountain bike...food for thought, but not for me now as once a summit has been visited I am unlikely to return due to my hunger for visiting unique summits. This is something which has happened since I reached Mountain Goat status when I was in Ireland in January 2013.

It was a 30 minute walk up and 24 minute walk down. A marker post for the path served as a support for my pole. Walking back near the trig point I came across this lovely sign on a gate telling me that the site was a SSSI: 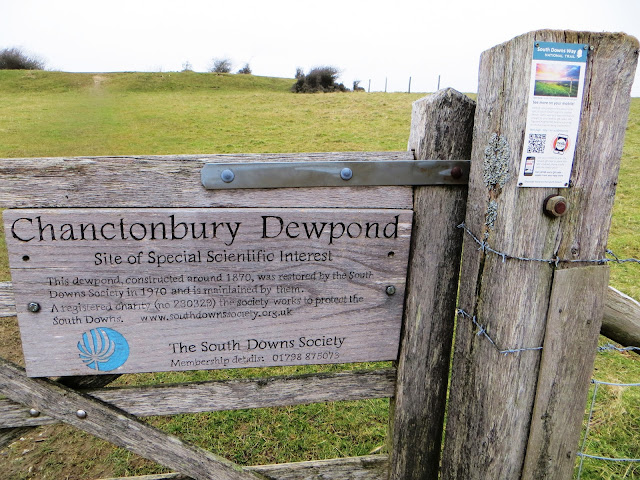 26 contacts on CW and no takers on SSB. Not being able to self spot did not help. I had no network coverage. Chanctonbury Ring was my favourite summit of the day, with far reaching views to the north especially.

An activation started at dusk and finished in the dark, but most enjoyable it was with good conditions, the ability to self spot and much more success on 20m SSB. I parked in the designated car park near this sign at SU 933306:

The sign struck me as odd - radar keys are issued to elderly and disabled people who may need access to public toilets when they are out of hours and locked.... There were no public toilets within Blackdown Woods as far as I could tell. I left the path and operated within a few feet of the highest point at SU 9204 2950.