Our designated driver Nick G4OOE pulled out of my drive in Pickering at around 6.00am and we made our way north for about 150 miles via the A170 and A1M to the middle land of the Scottish Borders. Riding shotgun in the back was Terry G0VWP. I was on the maps in the front seat.

Due to our limited operating time for completing three summits in one day, our strategy was to use 2m FM at a power level of 40 watts with a vertical dipole about 3m off the ground. Our experience on the day proved that the chances of qualifying each summit by making four contacts from the eastern side of the border country on 2m FM were not feasible.  Wisely, NIck was carrying his Yaesu FT-817, a 40m dipole and a 7m fishing pole.

We were walking by 0940z and reached the summit within 42 minutes. The route was straighforward over fields with gates and finishing on roughish moor towards the top. The wind was strong.

The 2m FM band dried up after we had worked G1ZJQ and GM7LUN so we erected the dipole and with the FT-817 worked another 17 stations on 40m SSB before closing down and returning to the car.

Our next destination was Rubers Law SS-210 - resting, eating and driving time being 75 minutes before we were walking again to the next summit....

We chose a different route down but the fields were much wetter and in retrospect we would have been better using our track to the south on which we walked up.

Leaving the parking spot at Billerwell we were parked up at Falside for Belling HIll, SS-244 and walking within 30 minutes. This summit is only four miles from Rubers Law.

Belling Hill is forested with little prominence to the immediate surrounding land. The hill lies nine miles west of Hawick. There is a large parking area on the roadside at Falside grid reference NT 644114: 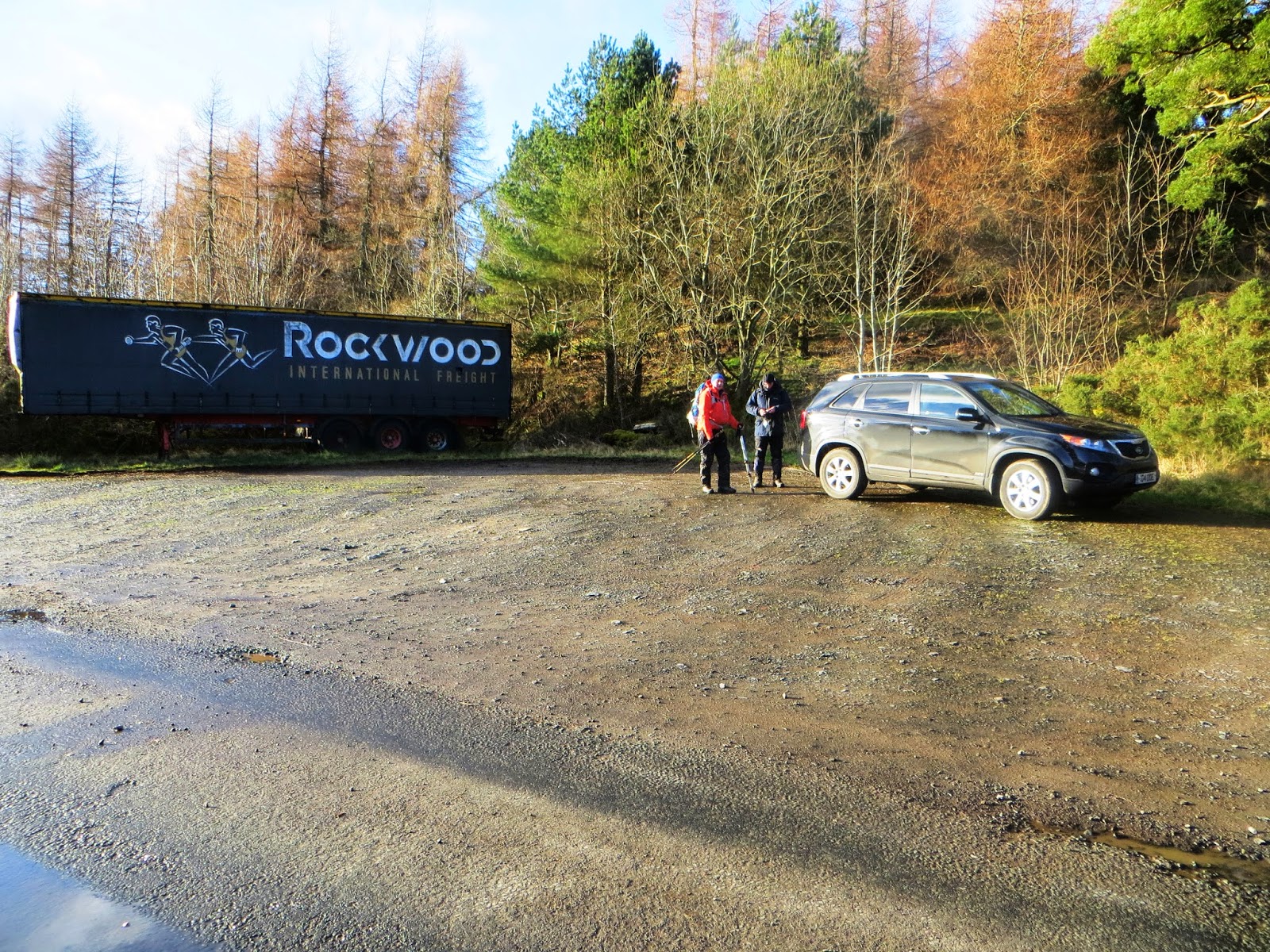 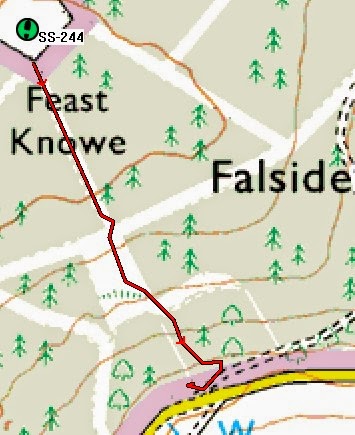 To reach the best operating position at the corner of a wall on Feast Knowe we turned sharp left on to an overgrown forest track from the main forest track.  Within ten minutes we were at the summit. A CQ call on 145.500 produced one caller - a GM/M station on the M74 at Beattock. The contact was not completed...further CQ calls on two meters proved fruitless, so the 40m dipole and pole were erected against the wall. Nick and I took turns on the key on 7032 KHz, but it was obvious some chasers were getting confused about who they were working despite sending our own callsigns for every QSO. We won't be operating like that again....

Nick and I enjoyed a CW summit to summit QSO with our friend John G4YSS who was on Black Hill G/SP-002 near Holmfirth. John was operating GX0OOO/P, which is the club callsign for Scarborough Special Events Group.

After we finished on CW Nick and I had a few SSB contacts before Terry got stuck into the pile up of callers - twelve stations were logged before he closed down.

We headed south and found some sustenance at a KFC near Gateshead before heading back to North Yorkshire after a great day out on the fells with our radio's. One thing we proved - don't expect to qualify the summits in that area on VHF FM, even when you are running power. Lesson learned!