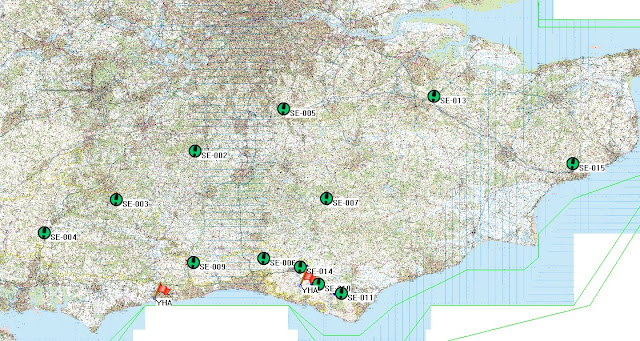 At last an opportunity arose for me to complete the activation of all Marilyn SOTA Summits in England - 14 summits in 4 days. If I could do it I would be the first Radio Amateur to make contacts with all 176 summits from my home radio station and additionally make at least 4 contacts from all 176 summits themselves.

This was going to be a solo expedition by choice and two weeks before I set out I needed to book my accommodation. Using the booking.com website I decided that hotels were simply too expensive in the south of the country compared to the north, so I joined the YHA and stayed for two nights with them in dormitory accommodation. For the third night I felt I would push the boat out - so I stayed in a comfortable hotel in Swanage that night. My final fourth night would be spent at a relatives house in Bristol, before returning home to North Yorkshire.

All fourteen summits were easy to access - but could I get around all of them in four days? I thought I could... A few days before I set out I started suffering with a bad cough and cold and felt quite unwell, however with the accommodation booked ahead I had to continue...

My modus operandi was to operate on the HF bands - mainly 30m and 20m in CW and SSB which would save me time. I was only to use 40m on my last summit on the Friday.

An early 6.00 am start for my 270 mile drive south of London from North Yorkshire, was the only way I could complete my planned four SOTA activations in the day.

On arrival at the car park for Leith Hill (TQ 130432) I ate an early lunch before walking to the tower on the summit, which is overseen by The National Trust. MY first contact was with Roy G4SSH at 1221z on the 30m band.
I set up my station well away from the tower to avoid the interest of any wardens. A well placed picnic table was most suitable for my short 20 minute CW operation on the 30m and 20m bands... 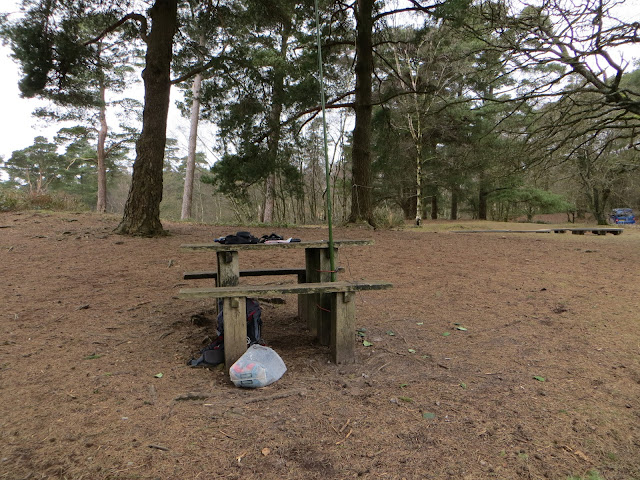 With 27 stations logged I packed up. No one approached me during the activation.

Previous reports from activators her told of operating in a town, and t his is what it looks like on a map. There is a town on the summit. There is also Crowborough Beacon  Golf Club and I focussed my plan on parking there and finding a suitable place nearby to set up my station.

242m is the highest point at the trig and I operated in the wood behind the golf club car park which was just above the 225m contour and almost 1 Km south of the trig point but still within the General Rules:


To reach the wood I walked up the road for 200m and turned left on the public footpath before moving into the wood. The 30m band was very productive but 20m was not. I stayed with CW throughout to complete 24 contacts - only 2 of which were on 20m. I shut down at 1452z and opened up on the next summit, Cliffe Hill at 1610z.
f

The summit lies on Lewes Golf Course. A public right of way passes nearby. Fortunately I chose a time when all the golfers were at the 19th hole, as I arrived at the 9th hole at 1600z just as the daylight was starting to go... I drove up Week Lane as it is shown on the 1:25K map and parked in a wide section at TQ 448107. From there it took 20 minutes to walk to the summit. 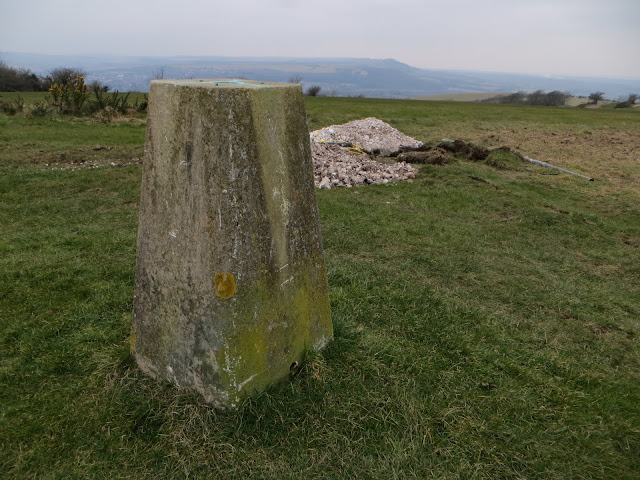 HF band conditions were poor now compared to around lunchtime. On 30m and 20m CW I struggled to make myself heard and made just 10 QSOs in CW before I packed up and headed west to SE-006 Ditchling Beacon.

A road passes through the activation zone and there is a car park on the summit. It was dark when I arrived and I walked as far as a gate and fence to which I fastened my fishing pole. A bitter wind with spots of rain in it was blowing. I was tired and I'd had enough by now, the cough and cold I had didn't help - it had been a long day. To move progress I made five quick QSOs on 30m in five minutes with OH9XX, DL6MST, HA5TI, S52CU and EA2DT. These were all callsigns I recognised as regular SOTA Chasers.

Feeling like death warmed up I drove through Lewes to the Youth Hostel at Itford Farm, Southease. Fortunately I secured a bottom bunk in a six man dormitory, prior to microwaving my evening meal, which I had brought with me, having established when planning my tour that there wasn't a pub nearby where I could get a meal.  I turned in at 10.00pm feeling slightly better after my meal...
Posted by Phil G4OBK at 07:03