After activating Christ's Cross G/DC-005 we used TomTom to take us into the outskirts of Exeter passing St David's Railway Station. This looked more like a bus station. This was due to the problems on the rail network brought on by the horrendous weather which the south west of England had been experiencing over the previous six weeks. As a result buses were being substituted for trains. We left the A30 at Okehampton and made our way up on to the Dartmoor Ranges. An MoD website provides useful guidance as to when access is allowed and we knew that on Sunday 2nd February 2014 the whole moor could be guaranteed as having public access (see link).

Picking up information from previous activators who had been there I drove as far as I could. We were delighted to find that we could now drive as far as SX 5908 9127. A narrow strip of tarmac had been laid that far. This was being used as a downhill run by the local skateboarders who were enjoying themselves and were fully kitted out with helmets and protection in so doing!

Navigation up to High Willhays was easy using an established track up to the col between Yes Tor (619m) and High Willhays (621m). From the col a well used path exists across the moor.  We got well drenched on our way up towards Yes Tor but the heavy shower was short lived and by the time we reached DC-001 it was dry.  The walk to the summit took us 42 minutes.

The top has a large pile of stones and just down from the summit was a pointed fixed stone which was tall enough to support my 6m pole, suitably strapped. One of my gloves was used to prevent abrasive damage from the granite affecting my pole.... 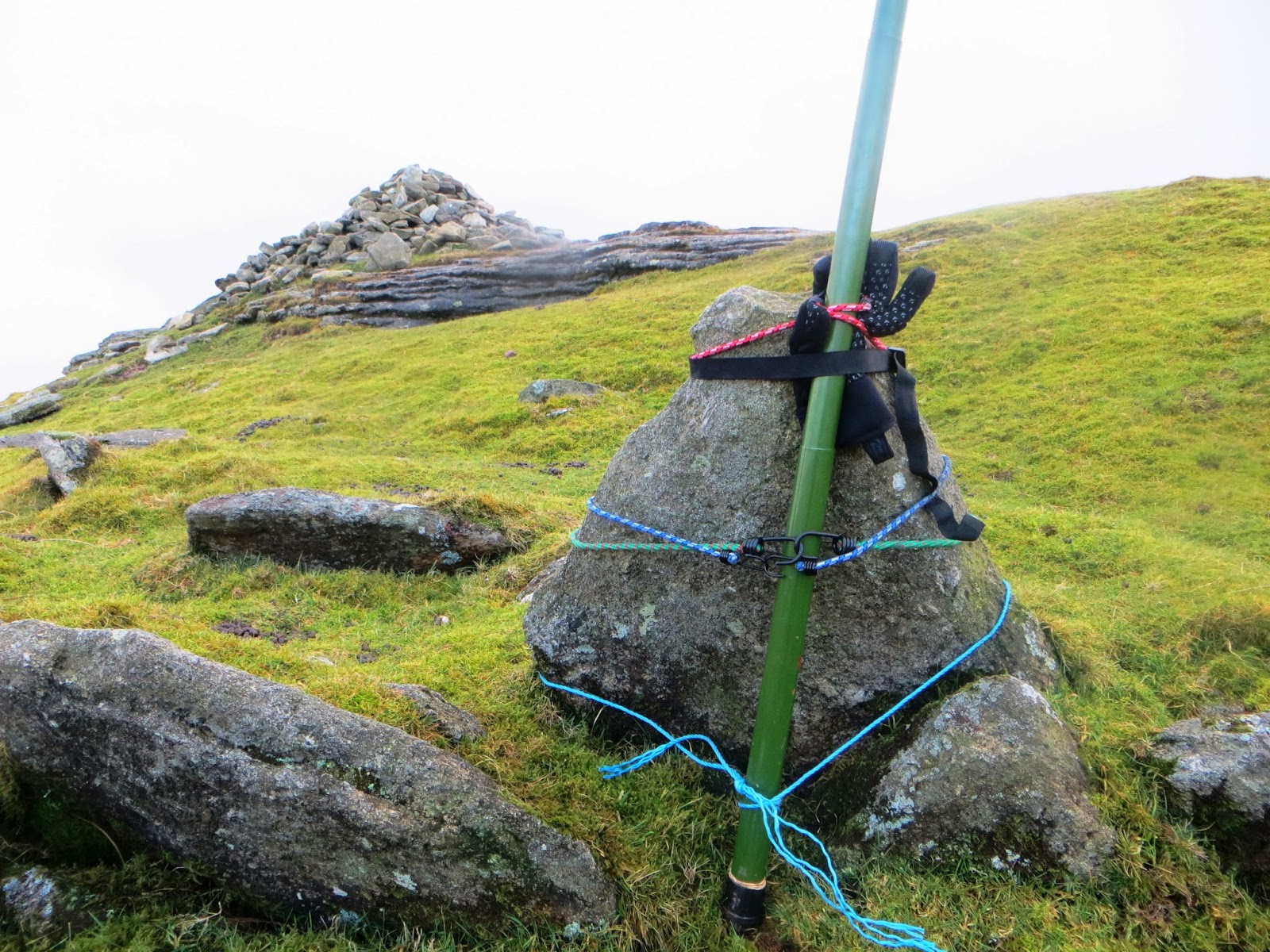 The summit was qualified within five minutes on 2m FM using 50 watts to a vertical dipole. First chaser logged was my friend Don G0RQL who lives just up the road in Holsworthy. We've never met, but we've enjoyed 100s of contacts over the years on ham radio. Two of the five FM contacts were with GW8SBN and MW0FGH in South Wales.

Continuing on HF I used 40m CW and SSB and then finished off with 10 minutes on 20m CW where I worked some Europeans, VE1WT in Canada and N4EX and N1EU in the USA.  The final contact was with my friend Jurg HB9BIN/P who was activating in Switzerland on HB/SO-013 and we made a Summit to Summit contact.  A total of 57 contacts were completed in 40 minutes, it wasn't fair on my XYL Judy to stay any longer.  We returned to the car and continued on our journey down to Mullion on The Lizard, where we stayed for four days.
Posted by Phil G4OBK at 21:00