I wanted to visit my mother in Leyland in May so I opted for an early start to activate Billinge Hill near Wigan. This summit at a mere 179m ASL is the lowest Marilyn in the South Pennines and one of the easiest to climb.

I didn't take any photos but the summit and its environs were much better than I had been led to believe from older reports. I felt the lane in which I parked my car, Beacon Road (SD 528010), was secure being in front of some houses. I parked near the top of the road. I followed the same path as taken by G0EWN in his report of October 2012. The summit of Billinge Hill was reached in just 12 minutes. The footpath was well defined and partly tarmac. At one point I overshot as you can see from the map. This was near a compound containing a generator which was being powered from the methane being bled off the former landfill site. I think the council should be proud of what has been achieved here - Billinge Hill now sits above a pleasant country park. 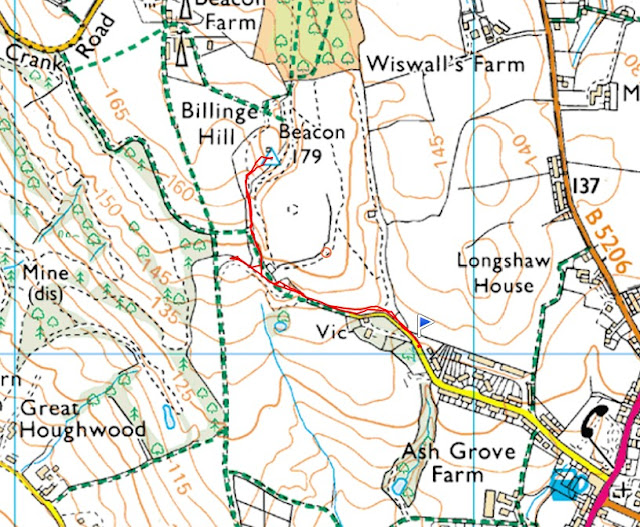 Take off was pretty good on 2m FM with just 5 watts and a vertical dipole - perfect for working the locals at an early hour. I was on the air for around 15 minutes before the callers dried up: 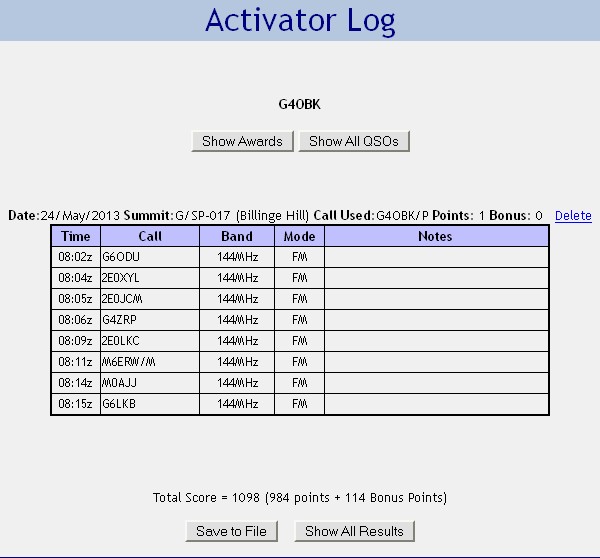 I drove on after this activation to my mother's QTH in Leyland with my thoughts ahead of an activation of Freehold's Top, near Todmorden on my return to Yorkshire later in the day.
Posted by Phil G4OBK at 23:00