My Amateur Radio SOTA Review of 2018 at G4OBK

Phil (G4OBK) has had a very active year in amateur radio and in particular taking part in Summits On The Air (SOTA). I have done a lot of work to improve my radio station at home and I believe this has paid off.

In the shack today with Treacle: 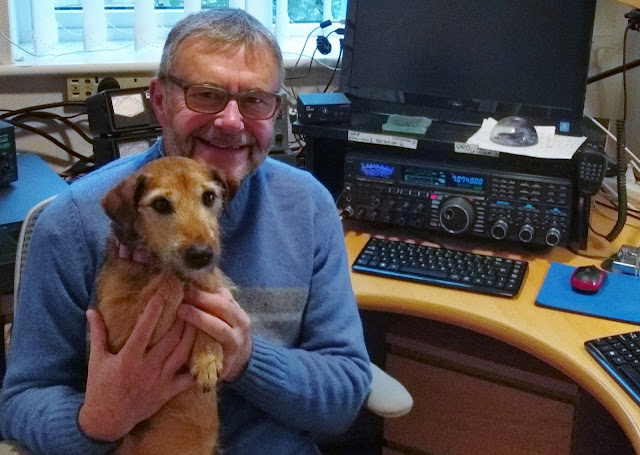 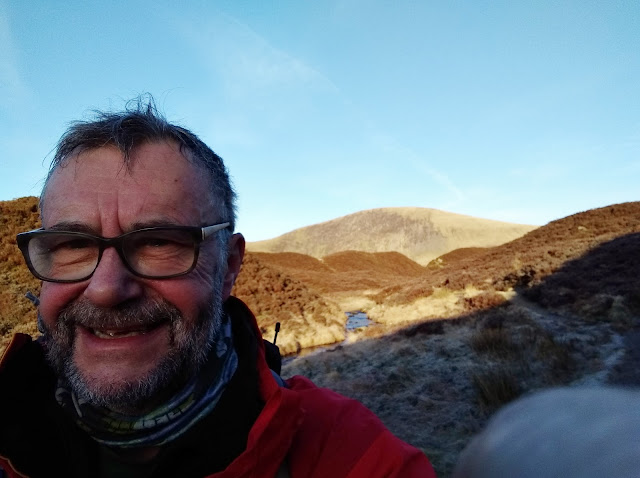 Fixed:
My Chaser station equipment was upgraded considerably in 2018 as a result of getting back on the air from a new QTH on 1st Jan 2017.

Aerials:
The most important part of the station after being there…

It took 15 months and an appeal to the England & Wales Government Planning Inspectorate to secure permission to erect a 12m high Tennamast in my back garden to support a Hexbeam and a 4m/6m dual band yagi. These aerials were in place by June 2018. The coaxial feeds are all Ecoflex 15 buried in the ground in BT ducting where possible. I continued to use an 80m band OCF dipole I erected in a tree in 2017, however I improved the feed arrangements for that, and raised it in the tree I have to a greater height. In September I fixed a pole to the opposite side of the same tree and fed that from the tree base as an inverted L - total length 130 feet at an average height of 45 feet. I now have approximately 2000 feet around and in my garden to tune the inverted L against. This aerial I use on the 160m and 60m bands. On 144 MHz I continued using a Wimo 2m 7+7 cross yagi fixed to the house. The two rotators I have are Yaesu G-1000DXC and G-450C.

All base station radio’s used for chasing were purchased secondhand in the last 5 years:

The FTDX5000 is in daily use on HF up to 50 MHz, the IC7300 is my HF backup and also provides the 70 MHz band, the IC7400 has just been used this year on 2m CW/SSB. The only transceiver purchased this year came from a ham in Northern Ireland - this is the IC7300 which I collected at the Blackpool Rally in April. I had one major repair to pay for in 2018 - this was replacement of the two MRF150 PA devices in the FTDX5000 which went POP in the autumn for no apparent reason when I was running with 120 watts on FT8 on the 12m band. Yaesu UK did the repair which took just two weeks. Good job.
So how did I do with all this equipment in my armoury? Well with more I time on my hands having fully retired at the end of March from my work as a Magistrate I spent more time in the shack, and ended the year 8 pounds heavier than when I started the year! Yes, sat on my backside in the shack does no good for keeping ones weight down… Unfortunately family members bought me chocolate, licourice and toffee for Xmas and I am slowly getting through that afterwhich I will make an effort to cut down on eating rubbish. Activating helped I’m sure to keep some weight from going on, so I hate to think what my weight would have been with without it! I was 66 in November, and the older age and extra weight means I have noticed that I am now slower climbing to the summits than I was when I stated SOTA activating in 2005.

My combined QSO total in 2018 was 6090 contacts with 136 DXCC Countries.
Out of the 6090 contacts 3189 were CW, 2311 Phone and 590 were DATA. I started using FT8 in March, to supplement my RTTY and PSK31 operating. Hence the higher than usual DATA QSO total this year. Just a handful of these FT8 contacts were SOTA Chaser QSOs however.
Total fixed station QSOs (Mainly Chaser contacts) were 4184.
Total Activator QSOs made operating from 9 countries in two continents were 1906.
As an all round SOTA operator I increased my SOTA Complete total to 741 by adding 143 SOTA Completes. This was helped by activations in VK2 (With VK2IO), OK (with GI4ONL and OK2PDT), and a holiday tour to Friedrichshafen with my XYL taking in activations in FL, DM, ON and OE (with OE9HRV). I further added a few activation days in GW (Solo and with M0PYG) and in GM (Solo and with M0PYG).
I made 17401 Chaser points in the year and was top All G scorer.
I made 756 Activator point in 2018 and was top G scorer, but was beaten by GI4ONL in the All G activator category.

Looking forward to 2019 I have several Tours already booked, and I must get back to Hensbarrow Beacon later this month when I am in South Wales to Re-Complete England.The fell top assessors (The Meddlers) moved the summit reference from the trig point to the top of the slag heap some time ago and I haven’t yet got back there. I believe no one else has Completed England, so I must go back and retain my mantle!

Plans for 2019 are already made with overseas tours planned for March, May and IN July to coincicide with the Tour de France in the FL/VO region. Thee may be something for September, we will see how the year passes and decide later.

Reasonable with a few issues - I have a minor cardiac issue - an irregular heartbeat which surfaced a few months ago after I submitted myself to a general anaesthetic to check for Prostate Cancer, of which I am clear. However, during the tests it was discovered that I have this irregular heartbeat, so the GP has put me on a tablet for it to thin my blood as the GP says I am more likely to succumb to a stroke because of it. We carry on in SOTA activating for a few years more… I cannot see me ever giving up SOTA Chasing which I really enjoy also. As a walker anyway I continue being a part of Ryedale Walking Group of which I am the 2019 Membership Secretary. I organise at least one holiday every year for the walking group which usually includes SOTA activating as part of it.

The SOTA MT get my heartfelt thanks for all they provide by way of the SOTA infrastructure, reflector, database, website, awards and the SMP (So useful - thanks Rob DM1CM, also Andy MM0FMF for providing the much improved SOTA Cluster and to the many activators who share their information to help others via blogs, the reflector, personal messages and in the tracks page of the SMP.
Posted by Phil G4OBK at 23:59