Our two man SOTA Tour began for me when I caught the early morning train from Malton in North Yorkshire. The destination was Stansted Airport near London, where I was to meet Victor Mitchell GI4ONL who was flying in via Easyjet from Belfast.  Our connecting Ryanair flight to Brno left Stansted in the early afternoon. We were travelling light - with a rucksack each and a small handbag.

Transit through security was straightforward - there were no problems with the radio equipment, lithium batteries, antenna poles, walking poles and HF wire aerials which were travelling with us in the cabin. Our arrival clearing passport control in Brno was easy and within 15 minutes of stepping off the plane we were getting into our Skoda Fabia hire car and heading for our first SOTA activation of the five day trip, which was in the direction of our first hotel of the two booked for this Moravian Tour.

Our modus operandi on this tour was to activate and qualify as many summits as possible on at least two HF bands and on both Morse (CW) and in Voice (SSB). This meant we both had to make at least 4 contacts each on every summit we visited.  The summits were chosen not for their points status, but for their proximity to each other and to where we were staying in hotels at Namest nad Oslavou (3 nights) and in Nove Veseli (2 nights).

We were to find that all 39 summits visited over the five days we were in the OK/JM (Jihomoravský) region and the OK/VY (Vysocina) were easy to access on foot with no restrictions in reaching any of them. In some cases it was possible to legally drive into the activation zone of the summit, walk a short distance and then set up the antenna and operate within 10 minutes of arrival. 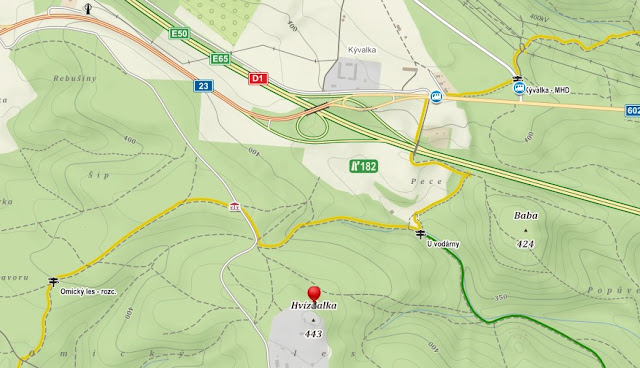 The wooded summit area JM-065 Hvizdalka was accessible by car from the E65/D1 Motorway and our short walk into the woods for our initial activation in the early evening was met towards its end with some rain. We completed as the rain came on and as we were earlier than anticipated this allowed us to drive around 20 miles south west of the first location to the second summit of VY-056 Zeleny kopec. Despite the now quite heavy rain we got lucky, more by chance than good planning as there were several structures and a large stone tower called Babylon on the summit!  Victor OK/G4ONL was located in a BBQ hut around 50m away from me and was operating on the 30m band. My first contact was with Terry Sayner G0VWP a friend of mine who lives in York. Terry was to make contact with me on the vast majority of summits visited on the tour. Here is my comfortable operating position on VY-056 where I used 20m SSB only, leaving the CW work to Victor: 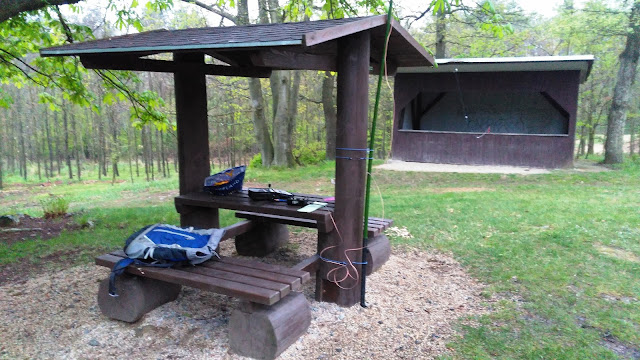 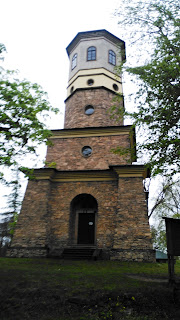 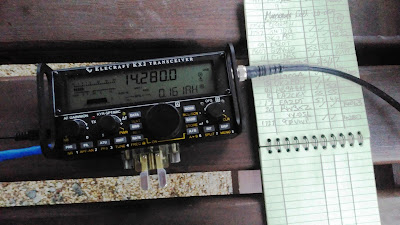 As dusk approached and after two successful activations with 27 contacts between us using the 20m, 30m and 40m bands, we packed up and headed off to to check in at our hotel in Namest nad Oslavou.
Posted by Phil G4OBK at 23:59