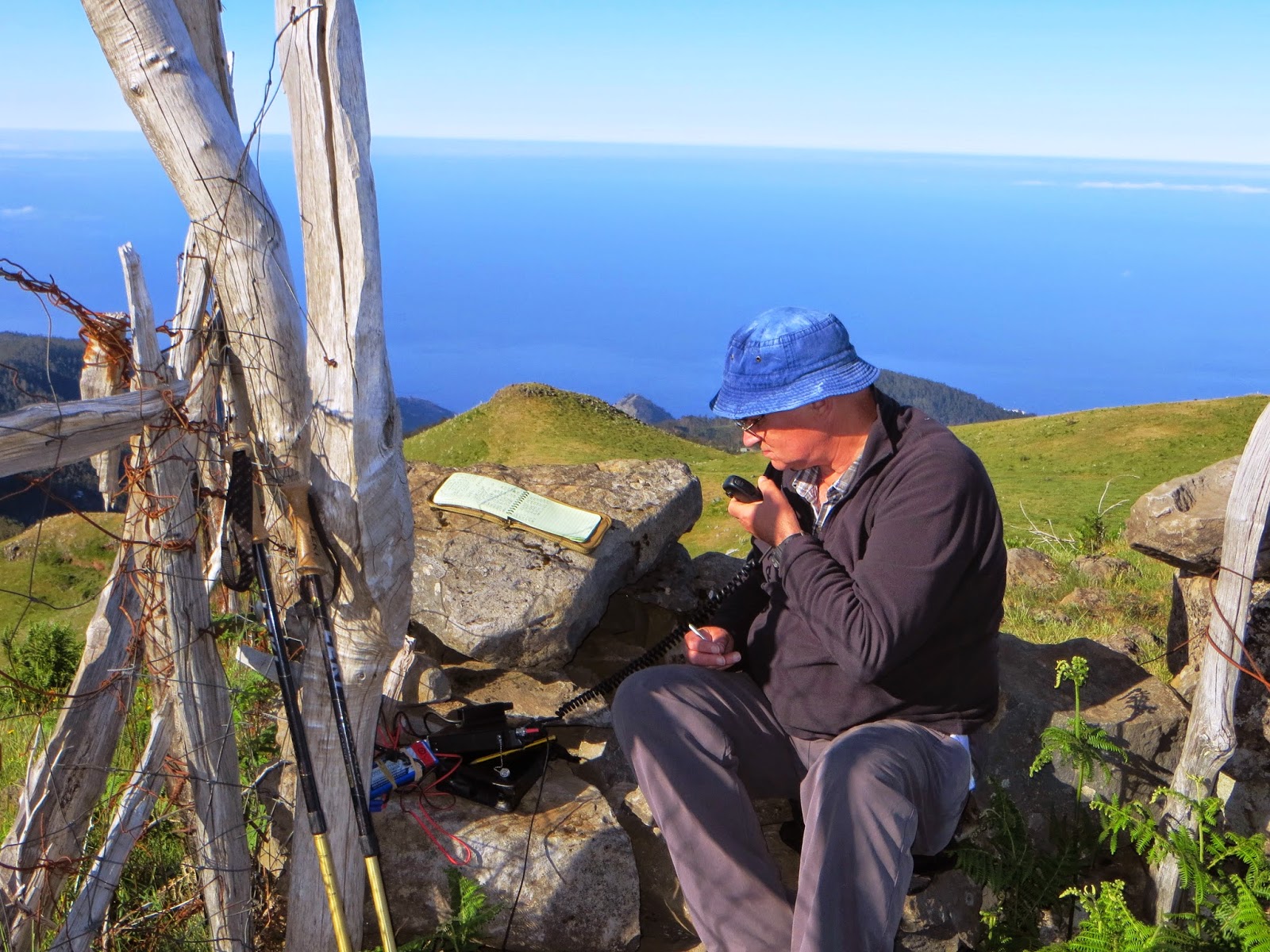 I planned a walking holiday for members of Ryedale Walking Group in Madeira and five of us signed up for it. The five included radio amateurs and Summits On The Air enthusiasts Phil G4OBK and Nick G4OOE. Accompanying us on the walking holiday (but not with us on the summits) was Judy (XYL G4OBK) and two YL's from our walking group, Anne and Jan.


Nick and I decided that four summits could be tackled comfortably in two days and we chose what we believed were the easiest of the four summits to climb from the eleven on the island.

We hired a Renault Clio for three days to help us reach our four target summits. The hotel we stayed in was the Regency Cliff, which is on the western outskirts of the Island's capital Funchal. Our day started at 6.00 am when we eat our specially ordered breakfast in Nick's hotel room. At 6.30 am, just after sunrise, we were heading to a small place called Boca da Corrida where there was one house and a religious shrine.  I had a TomTom satellite navigator with me but realised very quickly when it instructed us to drive down a one way street, that once we left the main road it was useless!  We relied on the 1:40000 paper map we had after that and OSMAND+. This is an Android mapping application running on a 7" Nexus tablet computer. We kept climbing - following signs to Jardim da Serra. It had to be right and sure enough we reached a road junction which was signposted Boca da Corrida. Our parking place was reached just before 7.30am local time. The summit of CT3/MI-002 can also be reached from here, but we took the easier option of walking to CT3/MI-008 Pico Chao dos Terreiros. The distance one way was 2.7 Km and the ascent a mere 223m from Boca da Corrida.

From the car park a rough track, too rough to drive on, led us to a stone cow shed and from then on to reach the now visible trig point, we used a faint path around a curving ridge to a fence with a crossing point. Cattle had been grazed on the land but there were none present that day.

We reached the summit trig point after 50 minutes and set up two stations adjacent to each other - both Yaesu FT-817s running five watts. As soon as we keyed up on the non harmonically related bands of 14 and 18 MHz it was immediately obvious that we were causing mutual interference to each other, so whilst Nick continued to operate CW I moved my station about 300m away and this took a wasted 30 minutes in setting up time.  I easily stayed within the activation 25m zone though on the adjacent knoll and found this solved the problem of breakthrough. The cattle fences were put to good use in supporting our fishing poles and we kept in touch by 2m handheld radio so as to avoid using the same band at the same time.

Between us we worked down all callers on 14 MHz and 18 MHz in CW and SSB, both of us making exactly 29 contacts each. We were unable to self spot using the Rucksack Radio Tool mobile app as I had turned off roaming on my phone, however the mobile phone reception was excellent so we telephoned Roy (G4SSH) in Scarborough who alerted our activity on SOTAWatch. I recently signed up for the Vodafone eurotraveller package, so this service was well worth the £2 per day charges.

Returning to the car I was careless to stumble, bruising my left knee. There was no permanent damage, just a little soreness. After something to eat and drink we set off in the car to our next summit, the highest point on the plateau of the Paul da Serra where CT3/MI-006 Pico Ruivo do Paul, is located.  Link to next summit: CT3/MI-006
Posted by Phil G4OBK at 23:00