After leaving Blaeloch Hill GM/SS-220 I made my way to my 3rd and final summit of the day, which was Corse Hill GM/SS-236. This was another summit on the large Whitelee Wind Farm to which I could cycle to the top.

I parked up on a road junction near the hamlet of Carrot where there was just room to safely leave my car (NS 576483). Here is my cycle route out and back: 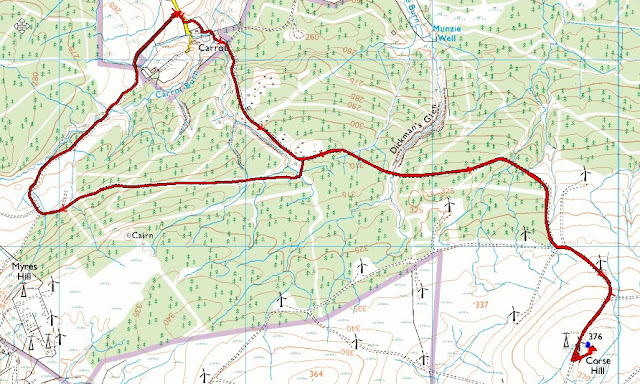 ©Crown copyright 2021 Ordnance Survey Media 018/21
Apart from a short walking section at the north side of Carrot it was a easy ride on well graded tracks to the summit which took just 20 minutes. I operated at the trig point in view of a CCTV camera on a monitoring mast close to me. I did not detect any intereference from nearby wind turbines on the 60m and 40m bands. 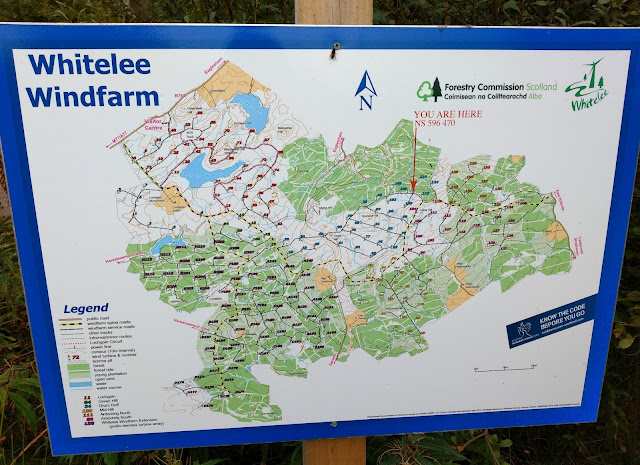 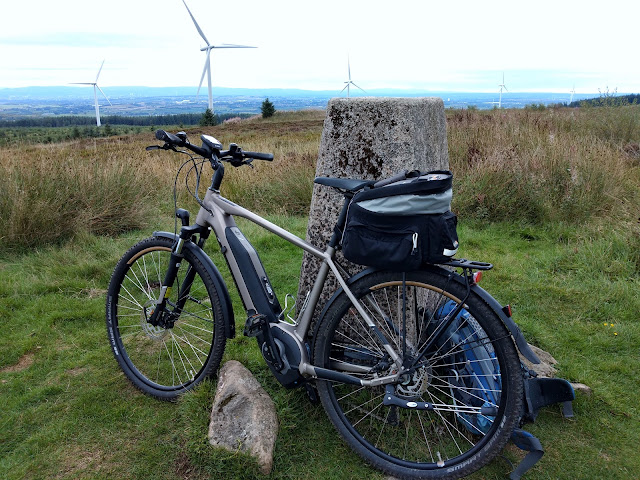 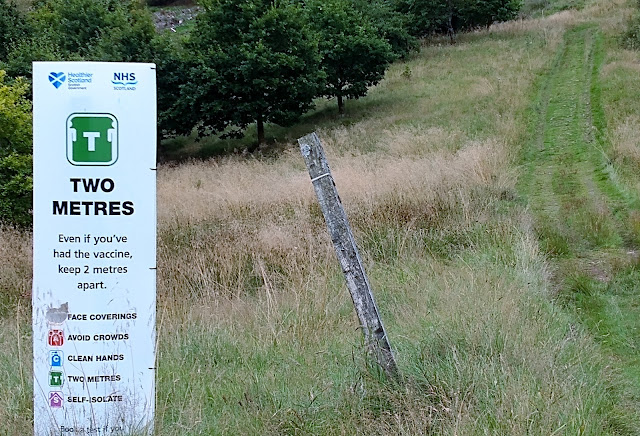 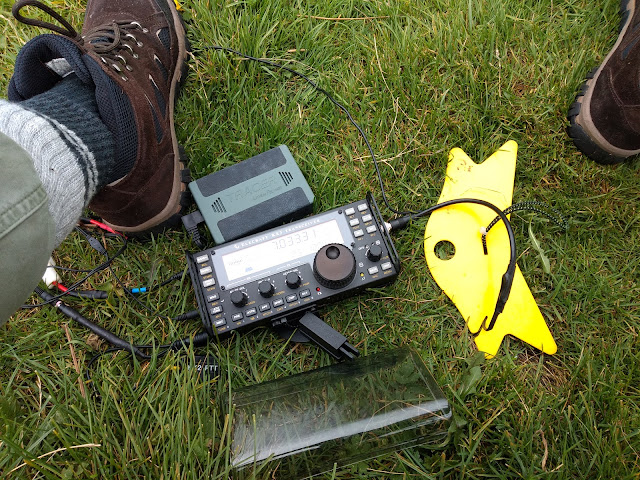 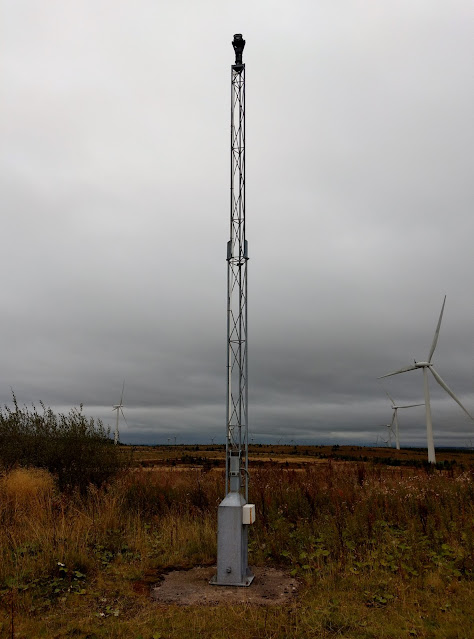 CCTV Camera adjacent to the trig point
I operated from 1600z-1627z and made 24 contacts before "pulling the plug". It had been a long day with three SOTA Completes in the bag but I still had over 200 miles to drive home, so the activity was neccesarily brief.
I decided to take a slightly different route back to the car, which meant I did not need to get off my bike at all. I rode south and then west from the junction at NS 583474 as shown on the map. After filling up the car at a supermarket on the outskirts of East Kilbride I made it to Penrith for some food, reaching home just after 22:00z.
Posted by Phil G4OBK at 23:59